Although the number of female-owned companies has grown significantly in the last 30 years, many women in business are still facing challenges. Others feel empowered in today’s economy. Anna Huntsman shares the stories of two women who own small businesses in downtown Kent.

While scrolling through Instagram in March, I found a post from the @mainstreetkent account of the faces of four smiling local women. The link attached to the post took me to an article for International Women’s Month about female business owners in the city. To both my delight and surprise, the list seemed never-ending. There are shops and restaurants owned by women on what seems like every corner in Kent. 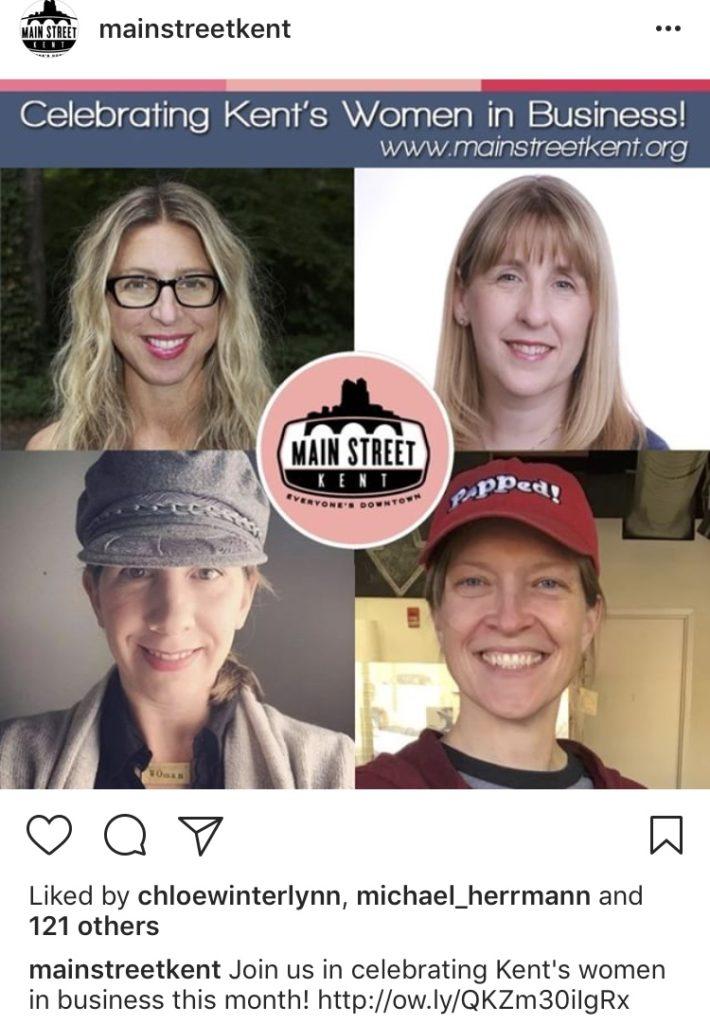 While it is no longer March, I still cannot get that post out of my head. I enjoyed reading about these businesses, but I want to know more about the women themselves: challenges they have faced, advantages they may have encountered, and how women in general are perceived as leaders and managers.

To find out, I parked my car on the street and walked downtown in the rain. My first stop is the antique store, City Bank Antiques, where I am greeted by Karen Barrett, who started this business more than two decades ago in 1995.

Barrett tells me how nervous she was to open her business that summer of ‘95. She initially had wanted to work in a library, where she had experience before raising her kids, but with a passion for antiquing, a house full of old jewelry and wristwatches, and a supportive family, she decided to pursue this venture instead.

Although this shop is hers, and her husband Don has a full time job elsewhere, she said there have been times when customers had other ideas.

“You will have people, and generally they are men, who would prefer to talk to my husband, than to me,” Barrett said. “I suspect they feel I don’t know the particular watch or clock enough to help them out. So they don’t even want me to – they want me to call him right away.”

Barrett says her husband helps repair wrist watches. While some customers may just want his expertise, this isn’t always the case.

“There are certain things that my husband wouldn’t know about in this store, like china, glassware or books, even some jewelry,” she added. “So you still experience that. It’s kind of unusual, but not from the younger generation. It’s generally from the older generation – my generation and older.”

I move on to my next destination. A block over from City Bank Antiques is clothing store Carnaby Street Style. I walk in and meet owner Emma Kennell, who I can tell must definitely run this boutique because of the stylish scarf she’s wearing.

She and I sit down and she tells me that she, too, faced challenges starting out, but not necessarily because of her gender.

“It was more of a struggle being with my age than with my gender, being a female,” Kennell said. “Because I was so young that I didn’t have as much experience as other people did, I had to prove myself. I had to prove that I was capable of running a business by myself.”

Kennell was 25 when she opened the shop. Despite her challenges, she says being a female businesswoman in this area has been an overwhelmingly positive experience for her.

“It’s funny, because everyone says that they feel like they’re treated differently more in a negative way, but I feel the complete opposite,” she added. “In Kent, I feel like we’ve been encouraged and cheered on and everyone’s behind us supporting us.”

Research suggests it has not always been this way for female business owners. Dr. Catherine Hackney is a retired Kent State professor emeritus and has studied women in leadership positions for several decades. When she first began her research, she studied 12 women who were in managerial positions, but they were not confident or satisfied as leaders.

“They weren’t really allowed to be leaders,” Dr. Hackney said. “They weren’t in the inner circles, they were being excluded, so they felt as though these organizations said one thing but behaved in another way.”

Just a year after that study was released is when Barrett opened her antique shop. She says being a woman has given her qualities that help her lead.

“I think women are able to always assess the situation before they react,” she said. “Sometimes I think the male ego is more delicate, and we’re able to think things through, whereas men seem to act without thinking at first.”

Dr. Hackney acknowledged that men and women do lead differently. The problem lies in how the genders are perceived as leaders.

“It’s a double bind. You can’t have a uterus and be brilliant,” she said, referencing an opinion some may have. “Men can get away with things that women still can’t get away with.”

She added that she thinks the greatest challenge facing women in business today lies in how they believe they have to lead in order to be respected in the workplace.

“I think a lot of women when they first start out think that they have to be ‘female men,’ that they have to lead the way they have known leaders to lead,” she said. “It takes a long time to mature as a leader to and to be able to say that’s a bunch of baloney. It didn’t work then, it doesn’t work now, and I don’t have to be that way.”

According to this year’s report from the Senate Committee on Small Business and Entrepreneurship, women make up only 39 percent of all small business owners in the country. Like Dr. Hackney’s research, the report suggests that women need strong mentorship and support in their business endeavors. To support local women in business, simply head to downtown Kent. Whether they just celebrated five years at their store like Kennell, or have been at the helm for over twenty years like Barrett, inspiring female entrepreneurs are everywhere around here. 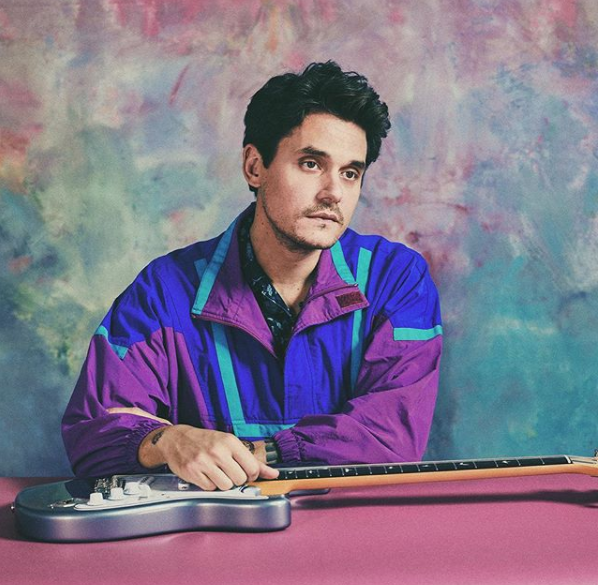 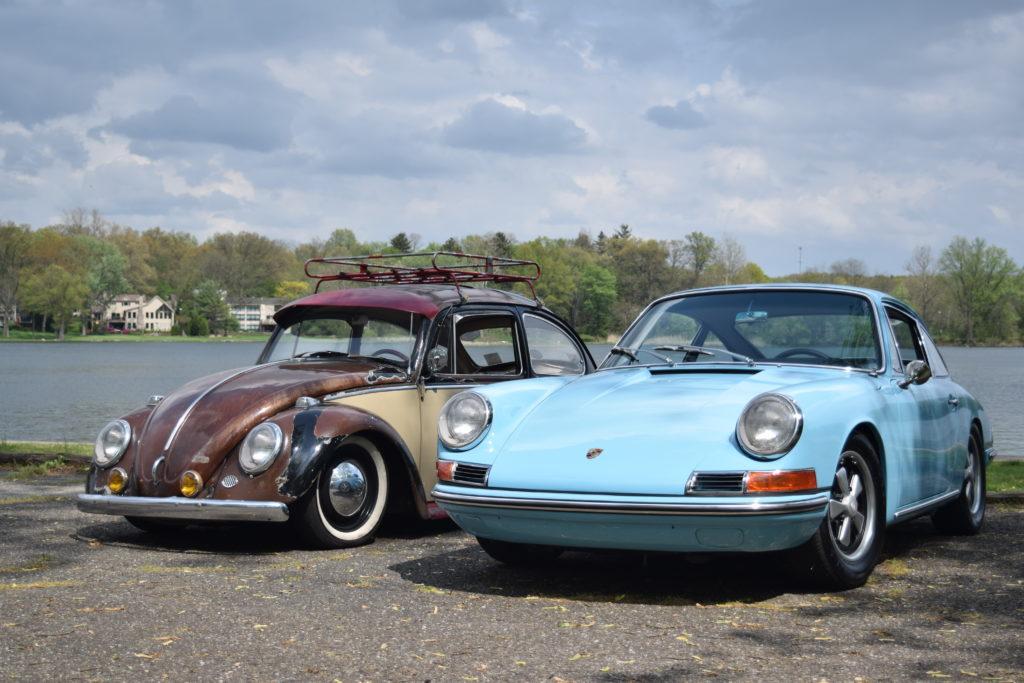