I’ve been into cars my whole life. It’s something that has been instilled into me at a young age. The origins of it, however, are unknown to me.

Just like breathing, eating and anything else that comes natural to humans, cars have come natural to me. The same story applies to my father and grandfather. Cars and technology have changed over time and I wanted to see if the community has changed with it.

I started off by speaking with my dad, Dale, as I attribute my obsession with cars to him. He’s a blue-collar guy. He’s been installing elevators for 20-some years now.

His hands are worn, and his face is painted with a hard gaze.

He has worked hard over the years to supplement his passion for cars. He said his first memory was in his dads, my grandfathers, Volkswagen beetle.

“I remember driving in it and there was a loose bolt and I stuck my finger in it and I couldn’t get my finger out of it. He took me to a gas station which his friend owned and they greased my finger up and pulled it out.”

Dale said that he grew up with a bunch of older guys that all had cars.

“They had from Malibu’s to Camaros to raised pick-up trucks, which nobody was doing back then. So that’s kind of where I got my start.”

I was interested in how the car community has changed from generation to generation. Is there more or less people into it? How has car show attendance changed?

My grandfather, Joe, is also into cars. He shares the same blue-collar blood. He’s a big guy. Bald with glasses. He had to stop playing guitar a few years ago because his fingers would get swollen and sore. He sold his own cleaning business to a larger company and retired soon after, many years ago.

His car obsession started from a young age as well. I met Joe and Pat, my grandmother, at their house just as they’re getting ready to move. It was an organized chaos. The dog was running with excitement and Pat was gossiping about last month’s news we missed out on.

“My dad’s first car, that a little girl in the neighborhood, she and I played gas station attendant. It was an old 46 Plymouth that my dad had bought. And we filled the gas tank with water. We just kept going up and filling it until it came up out of the tank. My dad went to start it and naturally it didn’t run too well. They had to have it towed and in those days guys had their own garage. And they dropped the gas tank and he said, ‘Karl, you’re not going to believe this — that tank is full of water and there’s sand in it too!’”

Joe’s car ownership peaked in the 50’s and 60’s. He talked about going to drive-up restaurants and street racing on the back roads. I couldn’t help but think about the movie American Graffiti.

“You would go to a drive in and cruise them. And all the hot rods like the hungry eye and the big chef and on and on, Coventry drive in. But that little ’55 Chevy stock, just the way it came, would just absolutely tear anything up for the time, at that time. And then of course guys started modifying them.”

When his brother got married and got job, his parents gave him their ’55 Chevy.

“My buddies and I popped the hubcaps off and then pulled the vacuum line off the carburetor and go to the Hungry Eye and it would romp like it had a duntoff cam and we’d just circle the drive in and barely be able to drive up the street because that vacuum line was off.”

After graduating high school and working for a while Joe was able to get a new car, a 327 impala. He was making $126 every two weeks and the car payment was $97.77 a month on top of his rent and furniture payments. Joe got married and got rid of the hot rods for a Volkswagen Beetle.

“It had a radio in it and that was about it. But we drove the heck out of it. And then it got stolen from the front of the house. The kids that stole it were neighborhood kids and they got tired of it and took it down in the valley and tried to burn it. But they destroyed the engine, they beat it with hammers and pulled all the wires and everything.

Designated drag strips didn’t pop up until the late 50’s and 60’s. For Joe’s generation a lot of it was handled on public roads.

“Most of the drag racing, well the drag racing started around here out at the old Akron Canton Municipal Airport and we used to go out on Saturdays. At first it was free and on a side road. You just parked your car and everybody stayed within the fenced area. Then they started using the runway, the long runway for a while. Then they moved over to derby downs. There’s and access road that runs through there.”

It’s slow, it’s rusty and you really have to drive to it. There’s no electronics, no power steering, no traction control, no power brakes, it’s just you in control.

When I go to car show I don’t just see old guys in muscle cars. I see young kids, people my age and beyond from all walks of life driving whatever they like.

I go to shows both local and out of state and meet new people who do the same. It’s a friendly reminder that cars are still bringing people together in masses and that car culture isn’t dying anytime soon, even if our idea of the car is with the advancement of new autonomous technology and electric drivetrains.

It’s a true testament of time. If a Volkswagen Beetle can last this long so can the fruition of the automobile community. Things change over time but passion can progress. 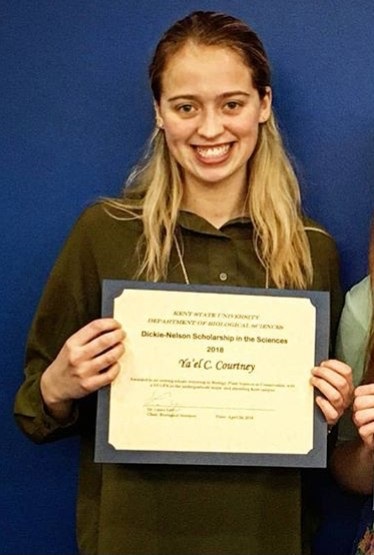