As the Semester Draws to a Close, the BSR Web Staff Reflects on Their Favorite Albums of This Semester 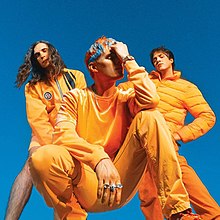 With the band Waterparks’ long awaited album announcement that will be released in spring 2023, Intellectual Property, it felt relevant to reflect upon one of their former albums, ‘Greatest Hits’. Do not let the name fool you—this album is not a greatest hits album, as none of these songs were ever heard prior to the album’s release in May 2021. It is arguable that the album does have some of the band’s greatest hits, however, it was not the band’s most successful album.

Waterparks came to be in the year 2011 originating in Houston, Texas. Although members have come and went throughout the years, the core members, Otto, Geoff, and Awsten, have remained a band for the past 11 years. With various record label changes throughout the years, Waterparks remains gaining popularity. Although having success on a smaller scale, Waterparks began to gain traction in 2019 with their album ‘Fandom’.

The album has several notable songs— but this article will be focusing on the album’s singles specifically. This album has significantly more title tracks than other albums by Waterparks such as ‘Fandom’, ‘Entertainment’, ‘Double Dare’, etc.

The first single on ‘Greatest Hits’ is a song called Fuzzy— a high energy song that lyricist and lead singer, Awsten Knight, describes as futuristic and chaotic in an interview with NME (2021). This song personally isn’t my cup of tea— I prefer ‘Fandom’’s second track, Watch What Happens Next— better by a long shot. I know several people online who are big Fuzzy enjoyers, however.

Another single on this album is titled Numb, which I am a huge fan of. This song is also high-energy, a common theme present in Waterparks’ discography, however fans raved about the lyrical genius prevalent in this song, me included. I think the lyrics of this song are beautiful, and the song as a whole is fun, I really recommend listening to it.

The next title track of this album is called Violet!, which actually has a clear story. This song is about a stalker, and it references two famous pop culture references relating to the song. In the chorus, the lyrics allude to Stephen King’s Misery (1990), while there is also a line referring to Netflix’s You (2018). Personally, I really enjoy listening to this song, and I love its music video.

The next title track on ‘Greatest Hits’ is called Snow Globe. When I saw Waterparks in concert, this was my favorite song to hear due to its immaculate vibes. This song utilizes autotune in a simple but effective way, where the song ends up sounding like a synth anthem.

With a total of five singles, You’d Be Paranoid Too (If Everyone Was Out To Get You) rounds out the list. This song is alright, but it is not one of my favorites. The song itself isn’t very experimental and sounds like a stereotypical Waterparks song. I preferred a lot of other songs on the album that I didn’t mention here opposed to it.

I think ‘Greatest Hits’ was an incredible album, although I prefer some of its brethren more. This album is special to me since I saw Waterparks for the first time in concert during its promotion. I cannot wait for Waterparks’ next album release, ‘Intellectual Property’, coming in early 2023.

You can listen to Greatest Hits here. 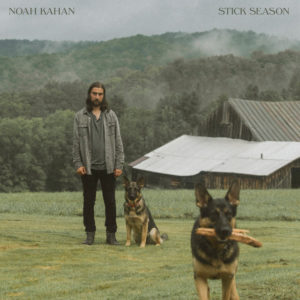 One album that has completely defined my fall semester is Stick Season by Noah Kahan. I first heard of him when I was scrolling through Tik Tok and his song “Stick Season” started gaining traction. People loved it because it perfectly encapsulates returning home to an environment you’ve outgrown. For me, fall is sad because the weather is dreary and the days are growing darker, and I’m happily returning home over the multiple breaks to a town I feel out of place in. I’m constantly being reminded of places, people, and feelings I either never want to feel again or wish I could feel one more time, and I think fall semester is full of this sad, happy, and awkward nostalgia. Stick Season sounds folksy, feels chilly, and I never get tired of hearing the songs. I couldn’t be happier that he was my top artist for my Spotify wrapped and I cannot wait to listen to what he comes out with in the future. Some of my most favorite songs are “All My Love,” which I did listen to for a week straight, “Halloween,” “Orange Juice,” and “New Perspectives.”

You can listen to Stick Season here. 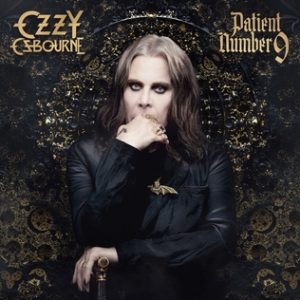 In short, my fall semester has been… a rollercoaster to say the least. Back in September I listened and reviewed Patient Number 9, Ozzy Osbourne’s thirtheenth album.

When I first listened to the album, I enjoyed many parts of the album including the several talented artists that accompany Ozzy’s lyrics with killer guitar solos. Before listening to this album, my knowledge of Ozzy did not go past “Crazy Train,” which was one of a select handful of songs that was on my family’s shared iTunes music library as I was growing up.

After writing my review, one track in particular was on constant repeat. Title Track Patient Number 9 featuring Jeff Beck was stuck in my head for weeks while Darkside Blues and A Thousand Shades also stayed in my top rotations. Something about listening to Ozzy as the weather became colder just made sense to me. This album certainly got me through a lot this semester, and definitely got me in the right mindset to get my work done.

You can listen to Patient Number 9 here.