Who doesn’t love a movie with a good ending?

This may sound ridiculous, but I exclusively watch these happy-ending movies.

Some may believe that knowing a film’s ending ruins the entire point of the movie, but even if you know it will end well, there is still room to wonder how it all works out.

“But there are so many good movies out there that don’t necessarily have a happy ending.”

I will not be spending over an hour of my time sitting through a film that leads up to someone dying, a couple breaking up, or a person still feeling horrible. And I certainly will not be paying money to see something like that.

Now, I have seen many movies with unhappy endings, and some of them really are beautifully done, even though the endings do not make me feel any better than when I started.

“La La Land,” does not have a conventional happy ending, as aspiring-actor-love-interests Mia and Sebastian are seen to have moved on after their breakup. However, when the audience thinks about it, there was no real way for them to be together and be successful.

Now, I wouldn’t choose success over love, but hey, they probably made a lot of cash so good for them.

But not all bad-ending movies are created equal. In “The Umbrellas of Cherbourg,” a french musical from 1964 (I exclusively watch musical and romance movies by the way), main characters Genevieve and Guy, who are separated after Guy enters the war, finally run into each other at the very end of the film.

But both still go their separate ways. Genevieve even had Guy’s kid while he was away, and when she offered for Guy to meet her, he said no. I mean come on now, the movie was all in french and had no dialogue. It could at least have a good ending to make the time worth it.  While there obviously is something to be said for movies that do not have a picture-perfect ending, I just do not have a desire to watch them consistently. Once or twice per year is truly enough for me.

So, without further ado (finally getting to the meat of the article, sorry everyone), here are my top five underrated flicks you can safely watch that are guaranteed to brighten your spirits during the final weeks of this horribly long semester. 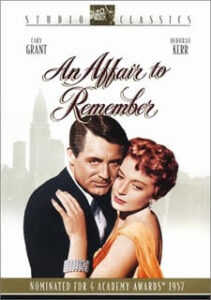 Cary Grant and Deborah Kerr bring true love beautifully to screen in this movie about two people, taken I might add, who fall in love on a cruise ship. When the two get back to their home in New York, they promise that in six months, if they are both single, they will meet at the top of the Empire State building and begin their relationship. Grant makes it there safely, but Kerr suffers an accident, and because she never contacted him about her injury, Grant just believes that she did not want to be with him. The two move forward, until they run into each other at the theater one day. Make sure to have tissues ready. Also, can we just appreciate how dreamy Cary Grant is?! Ugh. 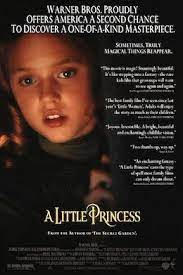 This is the first movie I can remember crying during with my mother. It follows a young girl in Britain named Sara, played by Liesel Matthews, who goes to boarding school while her father fights in World War I. (Her mom is dead, and her dad was the only family she had left.) She is used to living a wealthy life, but soon she finds out that her father has died, so there is no way to pay for her stay at the school. She is sent to live with the school’s maid and becomes a maid herself. During this whole time, her father is actually alive and looking for her. However, it does not go as smoothly when he finally does find her. 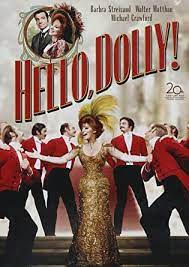 The soundtrack of this movie is bound to make you want to get up and dance, especially as it features two of the greatest performers of all time: Barbra Streisand and Louis Armstrong. Streisand plays a socialite-matchmaker in the 1890s who works to set up several people, one of them being cranky-yet-rich Horace Vandergelder. However, she has feelings for him herself. While the film is two-and-a-half hours long, the costumes, music, and Stresiand’s performance makes it an absolute uplifting and funny film. 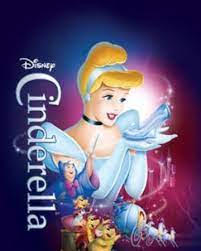 While a very familiar story, Cinderella never fails to put a smile on my face, especially at her gorgeous dresses. For those who somehow have not seen the film, Cinderella is a young woman who lives with her ugly, nasty stepmother and stepsisters, oh, and a mean old cat too. She is stuck at home after getting her hopes up about going to the kingdom’s big ball, but she is brought out of her misery when a fairy godmother appears and transforms her into the gorgeous princess she is deep down. She makes it to the ball and dances with the prince, who even falls in love with her. As her princess-spell is about to wear off, the prince asks for her name and she runs off. She only left one of her glass slippers behind as a clue to who she is. 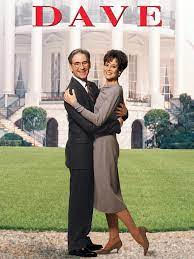 In this film, the President of the United States cannot be trusted to make public appearances because he is a grumpy old man, so his chief of staff comes up with a plan to find a body double to act as the president and get the public to like him. This is where regular joe Kevin Kline, who also plays the real president, comes in. During this time, the real president suffers a stroke and cannot resume his normal duties. Instead of having the vice president, who the chief of staff does not like, step in, Kline begins to take on real presidential duties. However, he appears to be smarter and more charming than the actual president, and a better husband to the first lady (played by Sigourney Weaver, who seriously rocks!).

Happy movie watching these happy-ending movies that will make you happy!