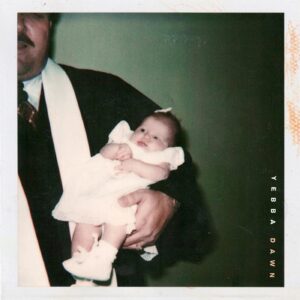 For a while, Yebba has been releasing everything besides an album. On Instagram she posted clips of herself in stairwells, sounding quite ethereal and showing off her vocal prowess, and once a month for the past year I’ve visited her performance of “My Mind” on YouTube, where she cries without shedding a tear.

But finally, after collabs with Drake, Ed Sheeran, and Sam Smith, she has released an album of her own, and it encapsulates what it means to grieve. Named after her late mother, who committed suicide shortly after Yebba’s career took off, Dawn is a powerful mixture of R&B, folk, and soul, and contains features from Smino and A$AP Rocky. Not only does her debut album showcase her vocal abilities, but she uses her vocals to create unique rhythms that guide the melody and showcase her lyricism.

Opening with “How Many Years,” Yebba quickly establishes that loss still controls her, and it will control her album too. Laden in synth, she floats through lyrics that question the power of grief and recognize the constant presence of whomever has been lost in the mind. By using the breathy, upper register of her voice, she draws attention to the quiet intent of her delivery, and like several of the songs on the album, it doesn’t sound as sad as it really is.

“Boomerang,” which has one of the most unique sounds, isn’t sad either, but this one isn’t supposed to be. A soulful, western-like ballad, it’s angry, threatening, and harnesses exactly what female rage is. 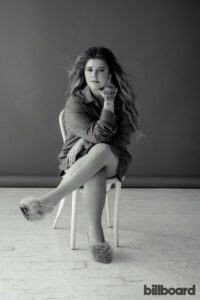 “October Sky” also has a unique sound because it’s the only folksy type of song on Dawn. It feels like fall, but the end, when the leaves are all dead and air has become too cold to stand. It’s nostalgic, but reminiscent of a bad, painful memory, and incredibly haunting. Melodically, I think this song is the most impressive and memorable, and for that it’s my second favorite.

Another favorite, but not my most favorite, is “Louie Bag,” which features Smino. In an interview Yebba explained how this song took the longest to write. She voices how it’s about her being approached by two producers shortly after her mom died, and they criticized her about her not being ready to sign a record deal despite her loss. You can feel her spite, and the music video is even more powerful. It shows her driving a car backward and showing home video clips of her childhood, when her family was alive and whole. Smino’s feature compliments this track nicely, but I don’t think the same can be said for A$AP Rocky’s.

On “Far Away,” I don’t think A$AP Rocky’s verses are good. Lyrically, they downsize the rest of the song and make it sound less serious than I think it was intended to be. Without A$AP Rocky, this song sounds like it belongs in a Bond movie, and his sound doesn’t fit with Yebba. Smino made it work, A$AP didn’t.

But my absolute favorite song on the whole album is “Paranoia Purple,” which is also the last song. Primarily, it’s just Yebba and the guitar, but eventually it becomes Yebba, the guitar, and layers upon layers of background vocals that make me feel like I’m transcending. It makes me want to miss everyone I’ve ever met and regret all the things I never did or tried. It’s haunting, wistful, sorrowful, honest, and you can feel the vulnerability of loss. The entire album ends with the old voicemail message from her mom at the end of this song.

Overall, I loved Dawn. I loved how Yebba’s voice scoops down inside of you and can make you feel things you’ve never felt. The album has a clear intent, and you can tell it has played a significant role in helping Yebba overcome her loss. From the beginning to the middle, it has a comfortable sound, probably because Yebba made a home in her grief, but near the end, she’s ready to go.

The only reason I didn’t give this album five stars is because I hated the song that features A$AP Rocky. It feels out of place and wrong, and I wish I could delete it. But besides that, Dawn is an excellent album, and I highly recommend it. Once you listen to any one thing of Yebba’s, I guarantee you’ll eat up everything else she ever releases.