Now, let me be real with you, the second half of the movie wasn’t that bad, but as a Marvel fan that’s been waiting on this stand-alone treatment ever since Sam Raimi brought the symbiote to the silver screen, I was disappointed with what we got to say the least.

This origin story follows the story of journalist Eddie Brock, who seems to be down on his luck. A controversial interview that failed and cost him his job because of his hubris, his soon to be fiance dumping him because that’s what happens in the comic. At the same time, an alien parasite latching on to him, causing him to become a towering monster that can decapitate people quicker than the first edit that was made on this article by Maria (Maria I am so sorry.) Honestly, I think losing your job would be worse than that whole angry monster living inside you schtick. It’s tough finding a job these days – especially in journalism.

My biggest problems with this movie fell within the plot and characters. While origin movies tend to have plots that, obviously, focus on the main character’s origin, this story fell flat on its face and barely picked itself up. Let me start with this: The introduction of the symbiote was decent. It’s a hard thing to mess up. However, literally seconds after it’s debut, we meet the antagonist and eventual host of Venom’s theatrical rival, Carlton Drake. Listen, as much of a soft spot I have for Riz Ahmed, (RIP Bodhi) this character is the epitome of a textbook villain. Lacking any motivation but to be evil, Drake feels less like his comic book counterpart and more like a knock-off Elon Musk.

Now, onto the kicker. Riot, the symbiote attached to Drake, is another minor character from the comic universe. This felt like a double-edged sword. I like what Marvel (and Sony, by extension) does by giving a new life to lesser-known characters in the films. However, despite being a badass alien, his character was just poorly written and introduced too late.

Speaking of late introductions, let’s talk about pacing. In order for it to be a balanced, well-paced story, things should be planned. There should be the beginning, the end, a logical way to get there in the middle and the progression and growth of the characters involved. The only piece of this movie that follows this formula is the relationship of Eddie Brock and Venom, who grow from hating each other to being equals in a civil union.

The worst sin that Venom committed was its entire first half. I felt like I stepped into a time machine and was transported back to 2003 when I was sitting in the theatre, mildly disappointed but not surprised in what I was seeing. When I say nothing was funny, I mean the writers really took a huge L on this one. Every joke or one-liner told fell.  As I bought up earlier, the plot focuses on Brock’s downward spiral before his meeting with Venom. This arc is integral to the story of Venom, but not so much that it should have been drawn out for half of the movie’s two hour run time.

As soon as Venom infects young Eddie, the film starts to pick up and about halfway redeems itself. The relationship between Eddie and Venom is where the movie shines brightest. Their strange yet depressing qualities are what cause the duo to bond over time, not to mention the hilarious back and forth created by Venom’s bluntness and Eddie’s shyness towards his new roommate. Even I busted out laughing when Venom called Eddie a “p***y” for not wanting to jump out a window.

Love it or hate it, I’m still glad Venom got his own movie finally. Maybe Sony can learn from its past, as well as what they’re doing with Spider-Man, and what Fox did with Deadpool, and can make the Venom movie we all deserve for its sequel. 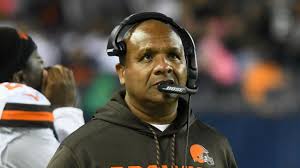