A Kent State student organization recently hosted a dinner for more than 400 people. Students, organizations, and local businesses all pitched in to address food waste throughout the U.S.

Feeding the 500 is a student group of sustainability enthusiasts who put together this dinner for anyone in the Kent community.

At the event in the student center ballroom, visitors could find all kinds of information, games, and, of course, food. Everything ranging from facemasks of coffee grounds to making your own compost out of food scraps and blending a tasty smoothie by pedaling a bike.

One person that played a key role in getting this dinner to become a reality is senior Erin Shattuck. “We wanted to contact different restaurants and grocery stores and stuff, and we wanted them to donate any food that they would’ve thrown away. And so were taking all that food and turning it into a meal to feed 500 people this afternoon to start showing people like, look how much of this would’ve gone in the landfill and this is just from a couple places over a couple days to really start driving home the fact that like food waste is a really big issue but it’s also a solvable issue,” Shattuck said.

Erin said she learned a lot more about sustainability during her experience studying abroad and travelling. She said she’d always been really interested in sustainability and environment, but her classes and community involvement showed just how much food waste there was globally. “We went to a market in the Netherlands and we walked up to a guy and we said can we have all of the produce that you would have not used, and he was like sure. So, he gave us all of his fruits and vegetables. They were perfectly fine he just had too much of it. And then we made a community dinner with it the next day,” Shattuck said. While she was abroad she also mentioned her experiences dumpster diving in Australia. “So, a lot of people who go dumpster diving, they call it food rescue because food rescue just sounds way nicer than dumpster diving,” Shattuck said.

Once she returned to the U.S., it was the right place to start. The United States has the second highest food waste second only to China and estimated dollar amount of 100 billion lost.  She says most of this waste comes from consumer goods which means a majority of it can be prevented quite easily. “They can start questioning the expiration dates a little bit more cause there’s a lot of confusion about best by dates versus sell by dates versus use by dates so a lot of times the like best by date is like when the peak the fruit is at its peak kind of time to eat it, but it doesn’t mean it’s bad after that date you can still eat it. So, kind of being conscious of that. – When they need to do other things with the food they can chuck it outside into a compost bin. There’s just always a better alternative than putting it in the trash can,” Shattuck said.

Vigeo Gardens owner in Akron said there’s a lot of possibilities for excess food for restaurants and grocers. Employee, John Hairston said not only do they practice sustainable production of their lettuce by using less water, but they also will donate their excess produce to food insecure families. He said he’s never been a person to throw perfectly fine things in the trash. “If you can provide something for them it may change their life. They may take a different perspective and say, ‘Hey someone reached out to help me, I can lift myself up, I can go get a job, I can make myself better’ just based on the fact that someone was willing to do something for me,” Hairston said.

Besides filling up landfills, food insecurity, the state many American families live in, unsure where their next meal will come from is another issue with food waste in the U.S. The problem might not be directly attributed to Americans throwing food out, but it also doesn’t the help the situation get any better. Erin spoke about some of the government action initiatives at the dinner. There was a petition calling for new Ohio legislation that would make it illegal for supermarkets to throw food in the trash. The bill would be modeled after a very similar law in France. “So, the US doesn’t have that rule yet but they do-it’s more of a state by state base what the policies are. And different states have different policies about food waste and expiration dates and all that,” Shattuck said.

The Kent State Office of Sustainability also had a presence at the event. It’s the hub for all university sustainability resources and initiatives. With just three to six members, they coordinate all activities to ensure Kent practices sustainable practices. So far, they’ve implemented an auditing system that tracks all the trash on campus and they want to start growing a new forest near the recreation center. In the past they’ve participated in Recyclemania, consistently ranking 10th or 11th out of 200 colleges. “The department in itself is basically the only place that can enforce these programs and pass these ideas to students and to faculty,” office intern Javier Ojeda said.

After this dinner, Feeding the 500 hopes to continue promoting food waste awareness and getting new members to join their organization. 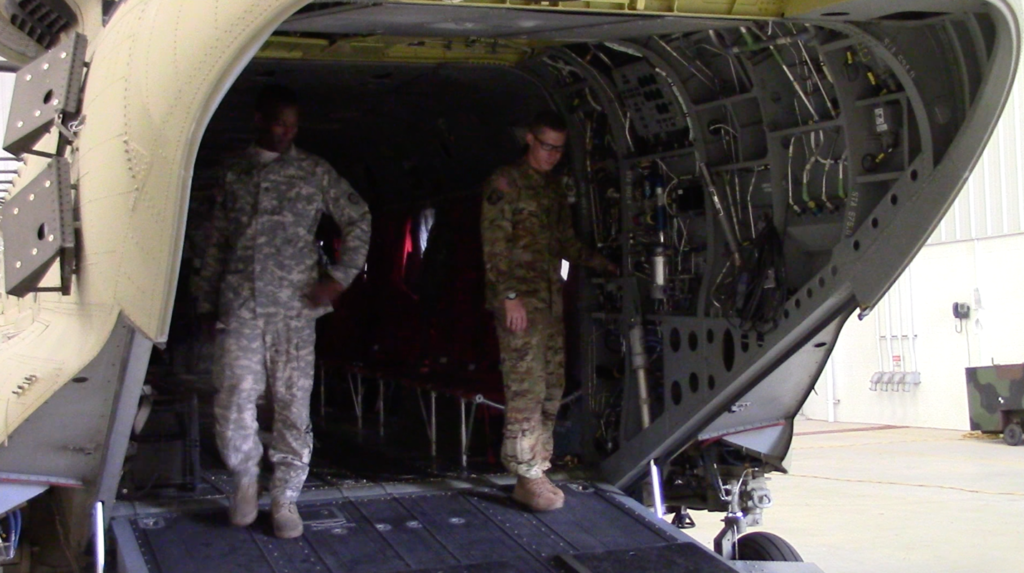