I had the pleasure of recently talking to Columbus based musician Counterfeit Madison. Counterfeit Madison is the stage name for Sharon Udoh and her band. She’s been making music for several years and has developed a reputation for her unique sound and memorable performance style.

She and her band often have these explosive performances with Udoh wailing on the piano and expressively delivering lyrics. I first learned of her group by seeing them perform at Nelsonville Music Festival a few years ago and I can’t say I’ve seen anything like them since.

“It’s been an evolution. Counterfeit Madison definitely didn’t start out like that. Like I said I’ve had a really difficult relationship with my mom. I left that church when I was 32 years old and Counterfeit Madison was born on my 32nd birthday. Counterfeit Madison released the first record and then a few months later I left my church and I just kept growing and kept shedding layers of my scared self and I feel like this sheading gave way to these bombastic expressions of fear and anger and that’s what you are seeing,” said Udoh.

Before she became Counterfeit Madison, she was a member of a strict Pentecostal church and didn’t even listen to secular music. But she’s since used music and her art as a form of therapy.

“I have gone through a massive rebirth. I joke about my Jesus year. 33 was when shit really got fucked up. I came out when I was 33. I had a job shift, I went from working in food service to working at school and started to realize what Counterfeit Madison really was.”

Her music background from the church has certainly influenced her style but she ended up having to play catch up with other genres later in life.

“I didn’t listen to secular music until I was 21 years old and in college. I went to art school and I was pretty heavily religious like I said, I had determined in my early college years that if I was going to make art that I needed to listen to all different types of music. So, I announced to my college class that I would listen to secular music so the next day I showed up and there was Weezer’s Pinkerton and Purple Rain and all these fucking albums on my desk. Man, I fucking love Pinkerton, what a great record.”

Counterfeit Madison doesn’t easily fit into any one genre. During our talk, she mentioned her vast and versatile musical inspirations from Peter Gabriel to No Doubt. But her sound is still deeply unique, she ultimately describes her music as ‘rock n’ roll’ since that’s what she’s most told and that’s what her performances feel like but it’s certainly unlike typical rock music today. In addition to challenges of fitting into a clear genre, she’s also frequently and sometimes frustratingly been compared to other artists including Tracy Chapman and Nina Simon. Though she appreciates both artists she has pushed to be seen as herself, not as another version of other black female musicians. Despite the worry from these comparisons Counterfeit Madison subverted expectations by doing a one night only Nina Simone cover night.

“It was really interesting to have this and I billed it as a celebration of blackness, which it was, but it was a way to get to know myself. It was the same summer Alton Sterling and Eric Garner were killed and it was just really helping me cycle through this pain I was feeling from what was happening in the media.”

Though she’s touched on numerous influences and musical comparisons what she most aims for is individuality and to create something new.

“If it’s coming from me it’s gonna be fucking weird cause I’m a weird person.”

As a musician from Ohio, she feels like the scene is welcoming but would be happy to see some changes. 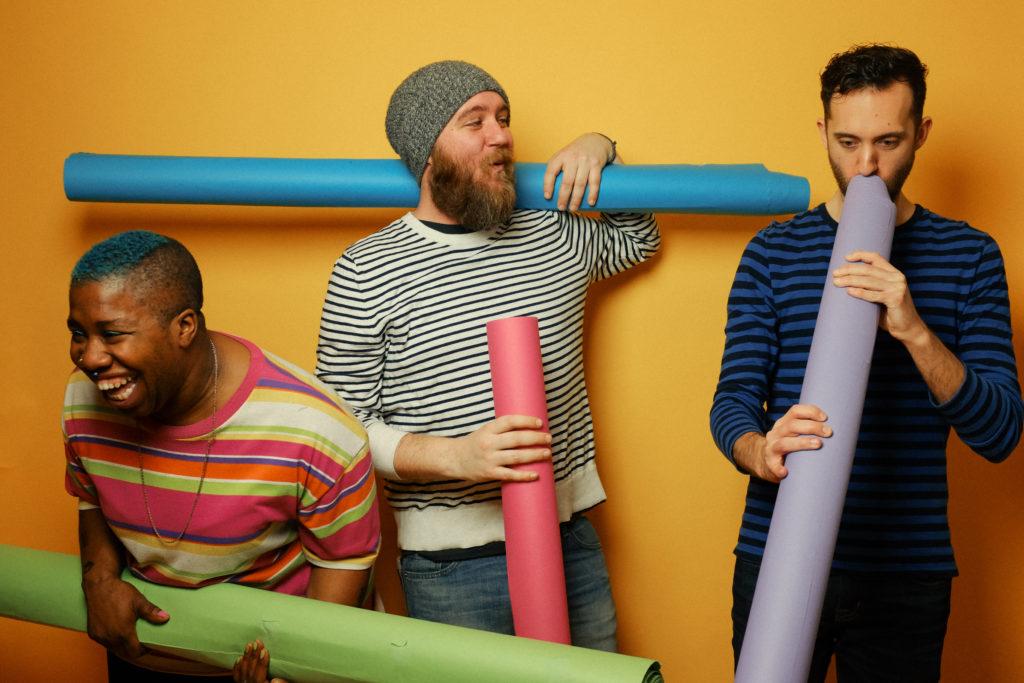 “I don’t know how to be anything other than myself,” said Counterfeit Madison pictured here with her bandmates Adam Hardy and Seth Daily.

“I would like people to be more curious here. My big complaint is that I feel, and this is really harsh, but I feel like people want different things, things that are different but end up succumbing to the same old same old. I feel like at the end of the day what people really want is a band that sounds like Guided by Voices. That’s really harsh for me to say because I feel like Ohio has been really welcoming to me. But I wish there was a reckless desire to push boundaries or get weird or really fuck it up. I wish that that was happening more. I wish people were more curious. I feel like a lot of folks in Ohio go do what they know. I’m not trying to say I’m better than everybody else. But I’m a black queer woman. I don’t fit very easily or comfortably into this world or most worlds and never will. So, I’m always driven to see what is out there, what’s going on, what new perspectives can I find? I’m always looking for a new perspective something to learn, something to challenge, something to inspire me. I’m likely to go to something I don’t know if it looks cool I’m curious I wanna see what it’s all about I want to learn. I feel like Ohioans are really comfortable and I don’t really know what comfortable means so I don’t really gravitate to comfortable. I like art that shakes me up, I like crying in public, I want more curiosity.”

Counterfeit Madison is a one of a kind group hopefully paving the way for more creative and interesting music in Ohio. She’s currently working on a new album as she continues to be a unique force in local music.

Listen to “A Conversation with Counterfeit Madison” on Spreaker.

Check out the full interview here. We discuss some of Counterfeit Madison’s influences and favorite artists, how she got her name, her unique background and what we can expect from her next. 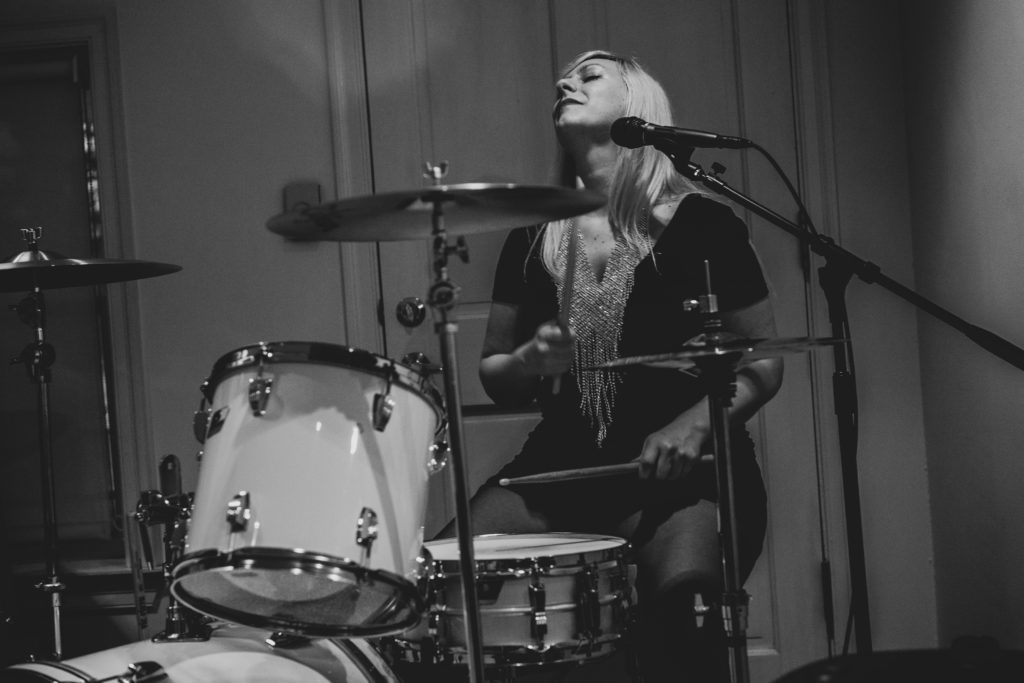 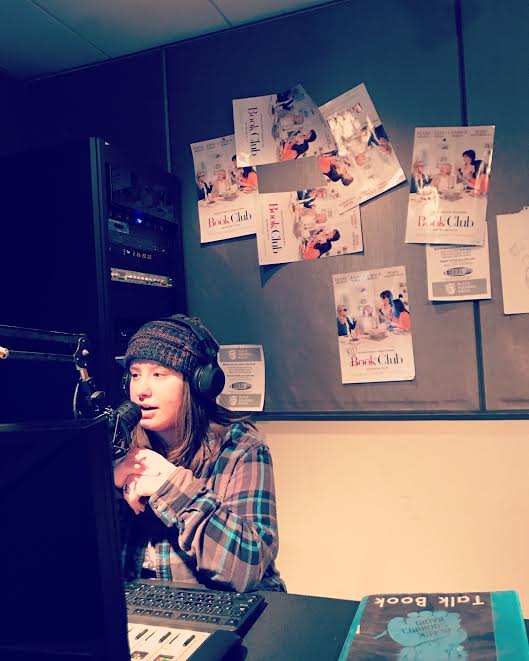