Written by Brooke Forrest on December 3, 2018

This week’s show is Out of Step Radio 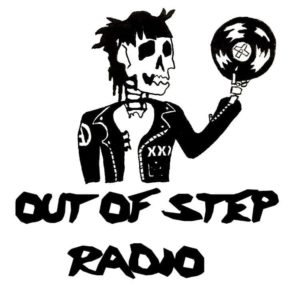 Out of Step Radio is hosted by Scotty McMaster, Brandon Emmert, and Dom Dulin. This veteran punk analog show has been with the station for over two years and will be having their finale episode this Thursday from 8-10pm!

How long have you been with BSR:
We have been with BSR for going on 2 years now! Scotty has been involved in different shows for 4 years!

Describe your show:
Our show is centered around playing records and cassettes, mostly playing punk and its adjacent subgenres (Dbeat, crust, grindcore, powerviolence, extreme metal, Hardcore, new wave, and others) We Decided to do this show because we all love collecting records and we all spend too much tie thinking about and talking about music.

How did you come up with your show concept:
We decided to make the show all analogue because we wanted it to be rooted in the vinyl culture. We love going to record shops, and we have all gone out of state to shop at cool punk record stores in other cities. Some of the music we like can be nearly impossible to find good/ clear digital recordings of, but if we have the record, we can broadcast it in it’s best form! I never knew how good Disclose was until I finally bought the repressing of Yesterday’s Fairytale Tomorrow’s Nightmare LP.
What do you do in your free time:
In our free time we all have our hobbies. Brandon is a thrift store fiend and is invested in the game of flipping t-shirts and other cool finds. I’m assuming this is the same feeling that drives him to collect records and stereo equipment. That old vintage stuff is just cool! On top of that, he’s a photographer and has taken photos of lots of great bands and done a lot for documenting the punk scene in Ohio.Dom is a true blue artist, always painting, writing poetry, skating, and making music. He has more musical projects than I can keep track of and he gives them all the care and attention they deserve. He’s made a variety of amazing demos and EP’s, from his dungeon synth project Kirk to making experimental noise, house music, gore grind, black metal, powerviolence, you name it. He is fluent in the arts and the art of chaos/disorder alike.Scotty, in their free time, likes to write, scribble comics, write music, and book shows. They’re happiest when they’re on the road or deeply immersed in some conversation with a stranger about string theory or something. What we do is secret.
Who are some of your favorite bands/artists:
Some of our favorite artists/ stuff we play on the show” Haram, Skemeta, Disclose, D-clone, Discharge, Subhumans, Aus-Rotten, Minor Threat, Rixe, Blood pressure, Paranoid, Spazz, lumpy and the dumpers. also WE LOVE CLEVELAND BANDS <3 but I’m not gonna name them because it’s a secret.

Favorite BSR Memory:
Last time we had Tony Erba on the show was amazing–He has a ton of insight into the history of Ohio music, as well as what it’s like to be a long-term member of the punk scene. We’re having him back on the air for our final episode this semester!

What is your favorite thing about the station:
My favorite thing about BSR is that it gives students a platform to do basically whatever they want. Music is important, it touches us on a deep level and helps us connect to people we’d otherwise be isolated from. I’m happy to be part of a station that helps share that.

What do you hope your show legacy is:
I hope our legacy lives in the sense that folks should consider alternatives to the norm when it comes to structuring your shows: You can hone in on a style of music that you think deserves explored and think outside of the standard digital format. I hope also to see more punks in Kent, and by that I mean people who are willing to go against the grain and challenge things.

What’s the best concert you’ve ever been to:
We recently all went to see Forward because Dom’s band Distort Hope (which he sings for) opened for them. It was an incredible performance with lots of powerful messages coming from the band and an undeniable energy and edge to the music. Japanese Hardcore at it’s finest, and we got to see it at our favorite place, Now That’s Class. It is a bad place and we like it.
How would suggest people get into vinyl, cassettes, and other non-digital music:
Start small collecting, go for quality not quantity. Tapes are cheap, and 7 inch records can be even cheaper. Find good record stores, it can be tricky. In the Cleveland/ Kent area I recommend Michelle’s, Square records, Haus Frau, and My Minds Eye records.

Tune into the Out of Step Radio finale Thursday from 8-10pm only on Black Squirrel Radio! 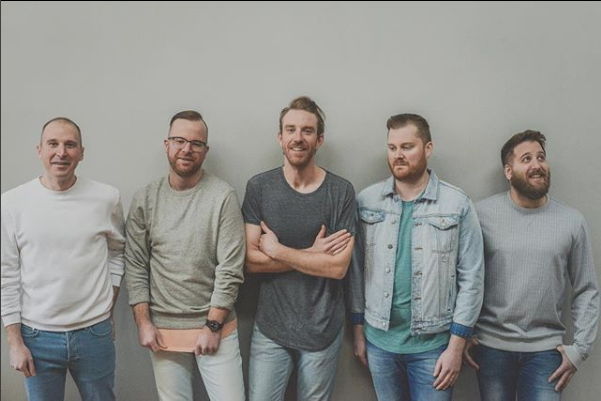