Photo caption: Godfrey takes one of her two cats on a sunset walk.

Iuma Godfrey woke up late, thus accidentally skipping her two morning classes. Sure, it is a frequent occurrence for many college students, and sure, she was a bit mad at herself for sleeping in. But she always has the next day to make it right. Plus, she still had her library job to attend to at noon, so she still had at least something to do for the day.

However, the day continued to take a turn when she did make it to work. About an hour into her shift, her boss rushed in, urgently telling her he had an important meeting to attend.

“Does it have to do with this virus thing?” she asked.

In the next hours, the library grew chaotic. Students who were hearing word of campus shutting down were checking their phones and emails constantly for credible updates. The buzz quickly spread and suddenly FOX 8 News in Cleveland is broadcasting from the library lobby to give university updates.

If you ask any current college student, they could tell you exactly where they were when they found out their school was sending its students home, displacing most to their off-campus housing or back to their hometown.

A group of students that has been overlooked in the overarching discussion of college is those who face housing insecurity – many of which are independent without the help of family funds or adequate financial aid awards and scholarships, for example. The COVID-19 pandemic furthered this issue, laying off students who depend on their campus jobs to afford a living.

But as many students were packing their belongings to move back home, Godfrey had not a clue as to where she was going to go. She didn’t have a family to go home to and had declined an offer from her mother to come live with her due to her past manipulative tendencies. She was just getting back to her regular routine right as the virus became a more serious concern in the United States.

Surrounded in the chaos of the library and immersed in her thoughts, she was stuck on the fate of her job, where she was going to live and what life was about to look like overall, as she sat at the front desk as a witness to the shutdown of the school.

Godfrey had been living on campus and continued to do so one the pandemic started and Kent State sent its students home. That following summer, 13 students were living in isolation in the Stopher-Johnson dorms.

“It was either people who come from hard family situations or people who couldn’t go back to their own countries,” Godfrey said. “We ended up all seeing each other in the kitchen because we all didn’t have a meal plan or anything.”

She began visiting the food pantry with a friend who was also living on campus at the time. There wasn’t much more social interaction for her than this, other than bumping into others in the communal kitchen.

“It was really hard, especially considering the isolation at first,” Godfrey said. “You know, everyone was scared. We didn’t know what was going on, so no one saw each other.”

The remote-class routine was soon established as she sat at that wooden desk with the matching uncomfortable chair every day: wake up, sit down, turn on your computer, stare at the screen for hours, continue to stare at the screen in order to complete your homework, until it’s finally time to turn off school to only return to doing the same exact thing the next day.

The dorm room illuminated by the fluorescent light that bounces off the pale walls became her most frequent scenery. Months later she found herself immersed in the same daily routine in her scenery, but her screen was displaying something new.

Since the beginning of the pandemic, Godfrey has been continuously conscious and careful about protecting herself and others from the virus. So when her grandmother told her about an infected person who had been inside the rehabilitation center she was currently checked into, Godfrey grew weary fast. Her grandmother’s pre-existing condition subjected her to a higher infection rate and she was worried for her health.In their last reciprocated conversation, she pleaded over the phone for her grandmother to leave the facility because it was unsafe.

These words diminished meaning when her aunt soon informed her that her grandmother had been admitted to the hospital after contracting COVID-19.

“Unfortunately, by the time I found out, her oxygen was depleted,” Godfrey said. “She couldn’t call; she couldn’t talk so I couldn’t have a conversation with her. As a matter of fact, at a certain point she couldn’t even text because her oxygen dip was too low. She never was put on a ventilator.”

Godfrey sent loving text messages and cheerful videos in an attempt to encourage her grandmother’s health, who remained in the hospital for the next two weeks on a BiPAP machine. Soon enough, she received a text she knew was coming:

Today we think is going to be the last day.

She was luckily able to speak to her grandmother one last time, after begging the hospital to allow her to do so – their rules had become more strict once the pandemic started. When her contact lit up her screen, she answered to her aunt and mother holding her phone up to her ear.

“I could hear her breathing. And it was so ragged.” Godfrey said. “I basically had to distract her from the moment,” Godfrey said. “I was talking about the day outside and how pretty it was and, oh, this shirtless dude just jogged by, you’d get a kick out of that. Cuz, you know, she was feisty – she’s a fighter.”

A few weeks later she was zipping up her funeral gown. Godfrey walked over to her desk, sat down, turned on her computer, opened her laptop and stared at the screen of her mourning family.

This devastation due to the loss of her grandmother, paired with the already overwhelming shutdown of everyday life, just made Godfrey more aware of the vitality of this virus. She was adamant about safety precautions and was never afraid to defend herself to strangers in the store whose brains swarm with conspiracies and doubts of COVID-19.

“It’s not something I’m ashamed to say and it’s not something I keep to myself,” Godfrey said, regarding sharing her devastation with others. “I want people to know that she did die of it because it’s real. Like when people say, ‘Oh, I can’t wait until life goes back to normal!’ The families who have been affected will never have the same normal. I will never be able to go over to my grandmother’s for Thanksgiving or Christmas … and to just hear somebody say it’s a hoax? Yeah, tell that to my grieving family.”

Confrontations such as these went as far as to cause an end of a friendship for Godfrey. Adhering to safety guidelines and wearing a layer of cloth over half of your face have become such partisan debates in the short span of one year.

The priorities that these virus-doubting Americans do hold dear have become so important and display their privilege as if it is something to be boasted on a T-shirt. They have become so bold in their patriotism of this country’s freedom that they forget about those who cannot afford the luxuries they are granted, along with the financial hardships lower to middle class individuals are experiencing during the pandemic.

Luckily the university was able to pay its workers for the remainder of their employment for the rest of the semester, so Godfrey earned the income for the 18 hours she would have been working a week at the library. She had also applied for unemployment to help her back on her feet after her release from the hospital a few months ago.

However, those who have applied for unemployment benefits during the pandemic have plainly seen the backed up system due to the amount of applicants. So Godfrey received her first check in June, her second in December.

“I cried. I was able to pay bills, I was able to keep some of my services, like phone services and stuff,” Godfrey said. “I didn’t want to ask people for money. It definitely was difficult because I’m trying to focus on, you know, existing … I was so relieved.”

Yet, another high of good hope came down when the university was not compliant or patient with her financial aid processing from the summer. She received a call one week into the Fall 2020 semester saying she had to move out of the dorms in one week because the university had not received her payment for summer housing.

“I was honestly astonished. It’s the middle of a pandemic, where do you expect me to go?” Godfrey had questioned. “I would have packed everything in my car … I probably would have had to go back to Chicago and catch up for a while.”

It was a never-ending battle between her and her money. In addition to her struggles with unemployment, Godfrey did not qualify for a stimulus check since she was filed as a dependent on her mother’s taxes.

“It just was basically one thing after another, where I would finally get back to work and have a little bit of spending money. And then something would come up, like an expensive phone bill, or I needed new shoes, or I needed this or that,” Godfrey said. “I was paycheck to paycheck like every other American while going to school and it’s difficult.”

The traumas thrown at underprivileged Americans during the COVID-19 pandemic couldn’t have been predicted. But the resilience of these individuals in their previous experiences of financial struggles unknowingly prepared them for what was to come. In a time of isolation, Godfrey believes we will see a spark in this internal resilience and strength.

“The Renaissance happened because people were stuck inside and bored,” Godfrey said. “So there was a huge push in art, music, literature, science and all this stuff. So maybe we’ll have a little Renaissance of our own. A lot of issues have come to light because of it, so it’s really just, where do we go from here?” 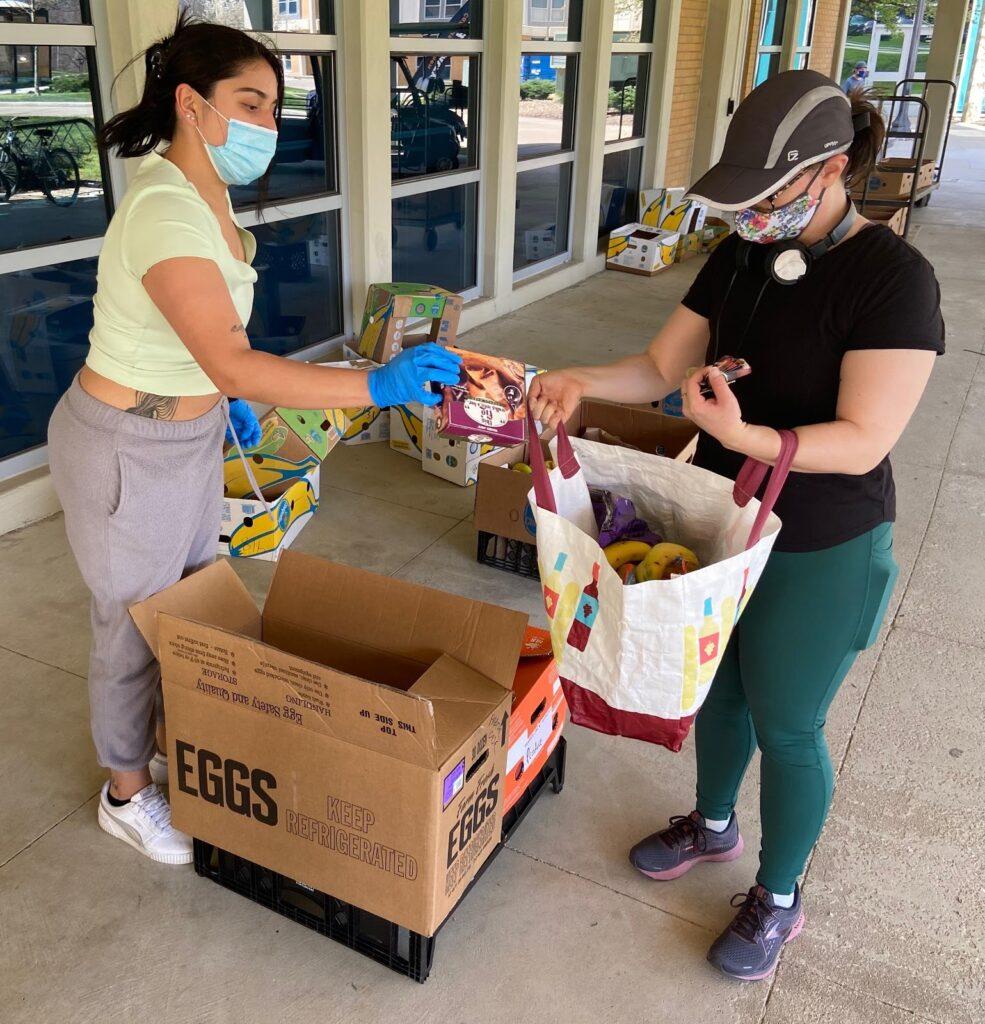 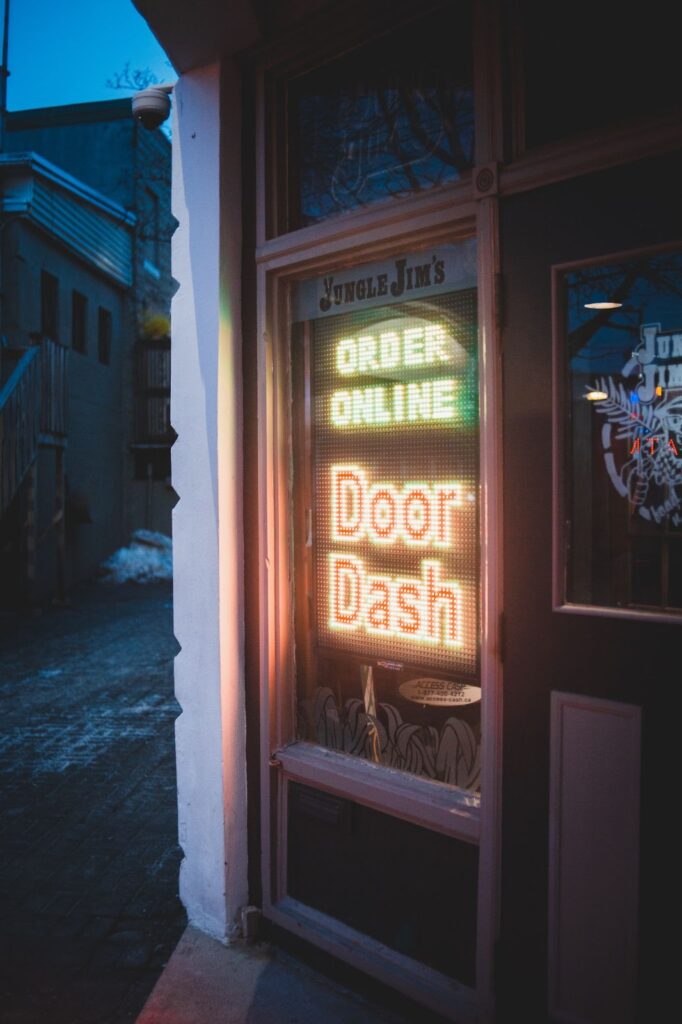