IGOR & The Trajectory of Tyler, The Creator

“Igor. This is not Bastard. This is not Goblin. This is not Wolf. This is not Cherry Bomb. This is not Flower Boy. This is Igor.  Pronounced EEE-GOR.” These were the opening lines from a message that Tyler, The Creator delivered to his fans leading up to the release of IGOR. It couldn’t be anymore affirmative and truthful in its delivery, as IGOR is in a whole other league of its own. I’m just going to come right out and say it, I love this record. I got one more in me, I love this record. If this were your standard review, I’m giving it a perfect score. Period. To hell with the standard formatting when it comes to talking about IGOR. No, instead I want to give my sincerest gratitude to an album that is not only sweet as it is painful but to also realize its importance in the bigger picture. 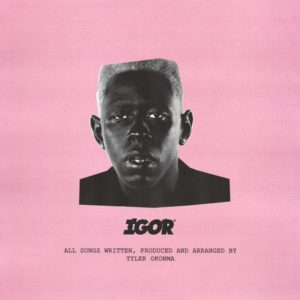 Going into the record, I expected nothing at all. Why would you? It was apparent in Tyler’s 2013 release, Wolf, that he was headed for uncharted territory. The day leading up to the midnight release of IGOR, I was only aware of the snippet from “IGOR’S THEME”, which Tyler had posted on social media and I was able to catch the leak of “EARFQUAKE” before it was rightfully taken down. The Playboi Carti feature was certainly an eyebrow raiser and only added more anticipation. Once midnight finally came around, some close friends and I hit play and let the album run its course. The end result? A stone-faced reaction from all of us, not because there was dissatisfaction with the effort, but instead, a wide array of emotions were tangled up with another. After a whopping three and a half hours of sleep following a night that dragged on far too long to the point of immense regret, I went right back to the record. Instantly, I knew I was hooked.

First, I noticed the balance between tracks that are brash and tracks that are soft. “NEW MAGIC WAND” and “WHAT’S GOOD”  have a bite to them. Meanwhile, you have cuts such as “GONE, GONE/THANK YOU” and “I DON’T LOVE YOU ANYMORE” that are extremely tender. It fits the narrative. The overarching theme is overcoming lost love and the unfortunate reality of that situation is going through phases of immense anger, frustration, confusion, yearning, and reflection.

On “EARFQUAKE”, Tyler is echoing a desperate plea, going as far as to blame himself for the turbulence within the relationship by saying “don’t leave, it’s my fault” numerous times throughout the duration of the song. However, Tyler goes on to describe just how dangerous and emotionally taxing his lover is on “A BOY IS A GUN”.

What needs to be to emphasized is the message behind the fifteen second sound bite “EXACTLY WHAT YOU RUN FROM IS WHAT YOU END UP CHASING” which is validated on the closing track “ARE WE STILL FRIENDS?” Despite the warning and despite Tyler’s best attempts to fully express his grievances and claim that he’s moving past this period of his life, he wonders if a friendship is out of the question. He still seeks to retain some kind of connection, unveiling a vulnerability that is nestled within all of us.

Tyler’s ability to weave the tracks together into this theatrical heart-tug is one of the reasons why this album is such a rollercoaster, presenting an abundance of internal strife. Tyler has always offered a glimpse into his personal struggles, but never has it been thoroughly constructed as it is on IGOR.  Just look at the rapid escalation from “I THINK” which is warm with feelings of irresistible gravitation towards a person to “RUNNING OUT OF TIME”, which entails restless anxiousness that this newfound love is doomed.

Sure, this theme is about as common as it gets when it comes to music. There have been plenty of breakup albums that have come before IGOR and that will come afterward. Why the hell does it deserve all this attention? Aside from Tyer being a prominent figure in music, it’s the otherworldly production that elevates the straight-forward lyrics.

“IGOR’S THEME” starts the journey, the story, with a buzzing synth that is demented and it lingers with no remorse. It feels like the opening to a horror movie with fermenting suspense that is creeping ever so slowly, ready to pounce. When the drums kick in, there is a sour attitude behind the song that is infectious. It’s brash, but as one would expect, Tyler works his magic with a gorgeous bridge infused with neo-soul before spiraling into a crossfire of dizzying sounds.

“I THINK” possesses a Kanye-esque cadence that makes way for Solange’s beautiful voice before transitioning into an instrumental break with luscious keys and a popping sound that can be faintly heard. While Cherry Bomb contained a lot of noise and roughness, Flower Boy was pristine and polished. It seems as though Tyer took the best of both worlds and combined it. If anything, it is a testament to his skills as a producer. He knows what he’s doing, he’s showed us the versatility that he’s capable of and now he’s gotten to the point where he can comfortably leave sections feeling raw and gritty. The unrefined sounds aren’t there just for the sake of extra noise or that he can’t create something “better”.

Take a look at “PUPPET” which begins with a lo-fi, R&B style with Tyler looking for reciprocation and wanting to tend to every need of his lover before realizing that he’s practically lost his free will. Then, drums build up a transition into the climax in which Tyler admits he is a puppet. Quickly following the realization, Kanye joins in with his singing as the dream-like melody is a moment of pure ecstasy, only to be enhanced by harmonizing vocals from backing singers. The drums reappear and leads into the subtle conclusion of the song, which winds down to an abrupt finish. Before you even have to enough time to catch your breath, the next chapter of the story commences.

Essentially, all of the instrumentals feature dynamite progressions preventing the sound from becoming static. Even the use of distorted vocals bolsters the album’s rich, layered sound. It isn’t obnoxious as it might have been on the edgier projects Bastard and Goblin (more so Goblin). Tyler certainly wears some of his influences on his sleeves, most notably Pharrell Williams, who is featured on the grand finale “ARE WE STILL FRIENDS?”. Tyler has proudly proclaimed how Williams and his 2006 release In My Mind were crucial in developing his own style. It’s a perfect example of showing admiration without completely mooching off of one’s work.

A couple of days ago, Tyler performed IGOR in its entirety as part of an Apple Music sponsored concert in Los Angeles. Equipped with a droopy, blonde wig and a compressed suit, he brought an undeniable swagger to a sardine-packed crowd. An intimate concert, he shared anecdotes about the songs and showcased explosive energy. When it was all said and done, he was drenched in sweat, having succeeded in bringing the dramatic project to life.

I still haven’t fully processed this album. I’m a laggard when it comes to speaking on expansive records such as IGOR because your ears are continually picking up on new details that linger in the background. It’s hard to condense the feelings that I get listening to this album into a written piece because there’s so much going on. From the story to the sounds to the numerous features that have been questioned by fans, it is a lot to digest.

IGOR to me is the culmination of the various styles that Tyler has touched upon over the years. He’s been diligent in experimenting with as many styles and effects over the years, ultimately leading him to his magnum opus. For the better or for the worse, he has always been uncompromising in his approach even after being sieged by criticism early on his career. Dare I say it was all apart of the process, apart of his maturation as an artist. That seems most appropriate to say for the musical chameleon that has valued his integrity and open-minded approach over the words of critics. 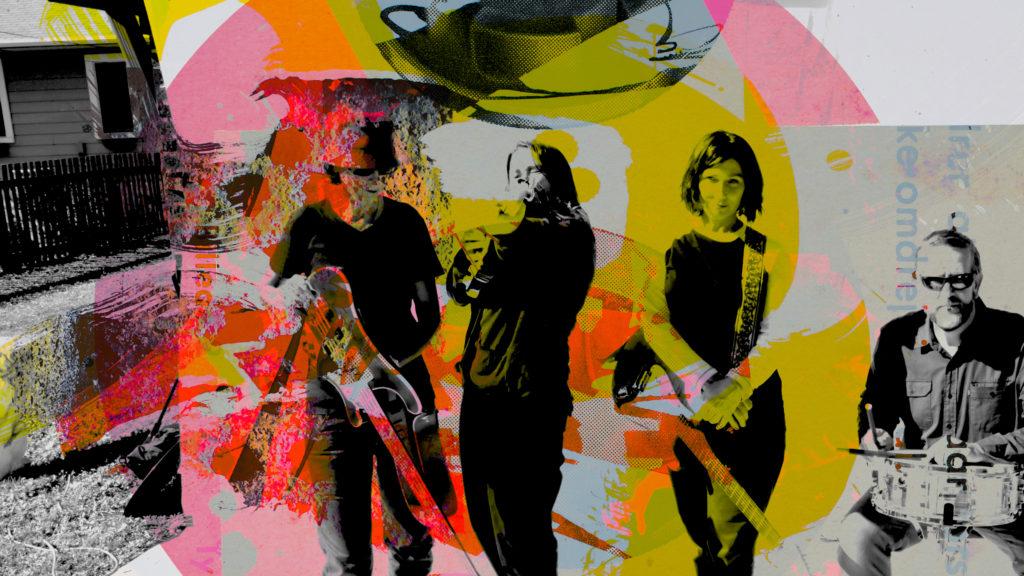 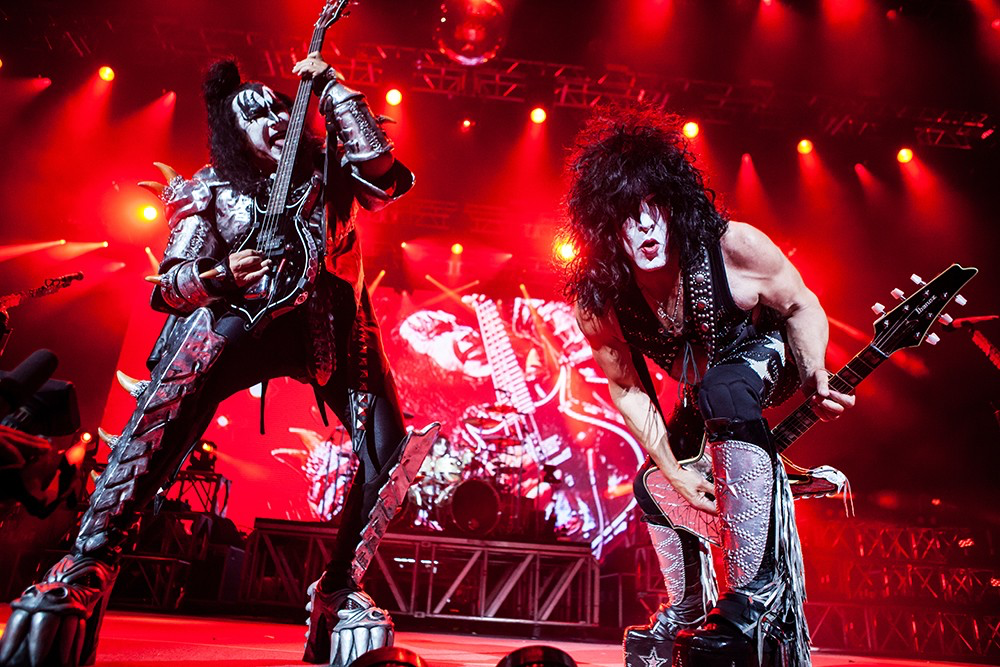