For their Big Spring Concert on Friday, April 20, Ohio State brought Amine and Young the Giant to Coffey Road Park in Columbus. It was a brisk evening, but the crowd helped to fight off the chill. Although the concert was supposedly set to begin at 6 PM, no bands came on stage until around 8 PM. The show kicked off with a DJ who said he was introducing Amine. When Amine finally came on stage, I witnessed a pretty odd performance 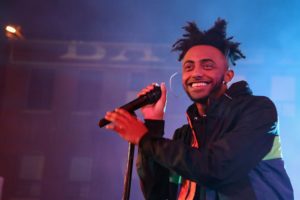 Amine performs with a smile. Photo courtesy of Diana Levine.

The first thing I learned is that, contrary to popular belief, Amine does not rhyme with anime. It is actually pronounced ah-MEE-n

ay. The more you know. Many of his songs were slower, chill jams that were sort of a let-down after the hype his DJ had built up. I enjoyed some of the songs a lot but they felt more suited for a chill summer day, not a big concert. He did a recurring call-back in which when he said, “you’re beautiful” the crowd was to yell “I know!”. It was cute at first. After about ten times, however, the crowd sounded like students responding to a teacher who told them to say “good morning” more enthusiastically. You could, by frequent calls from the audience, tell that they were waiting for Amine’s biggest hit, “Caroline”. Unsurprisingly, he finished with that track. What was surprising was the manner in which he performed the song. It was slowed down, with less bass than the original version. He finished the song completely acapella and, by the end, very few people were singing along. It was not at all the hyped finale that the crowd obviously wanted. Thankfully, Young the Giant put on a performance that was a vast improvement from its opening act.

Young the Giant was one of the most entertaining acts I have ever seen live. I only know a few of their bigger songs but the band managed to keep me engaged throughout the entire show. The lead vocalist Sameer Gadhia had an energy that was contagious, dancing around the stage in a sort of tranced manner. His voice was incredible and sounded almost better than the recordings. I was also surprised to realize that most, if not all, of the odd sounds and voices that appear in Young the Giant’s songs are not pre-recorded but done live with a wide variety of percussion instruments and voice changers. It was fun to see what odd-looking instrument they would pull out next. 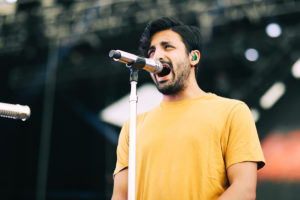 At first, the crowd was a bit indifferent, not dancing or singing along much. This is understandable considering that a free show offered to students would bring a lot more non-fans than a typical Young the Giant show. However, halfway through the set, Gadhia’s contagious energy had spread to the crowd and most of the audience was vibing right along with him. The band’s biggest hits, including “Cough Syrup” and “Silvertongue” were saved for the end. These were incredibly well received and brought the most audience participation. “My Body” was the perfect final song, the majority of the crowd singing along enthusiastically. Overall, this was a fantastic performance and I have been converted into a Young the Giant fan overnight. 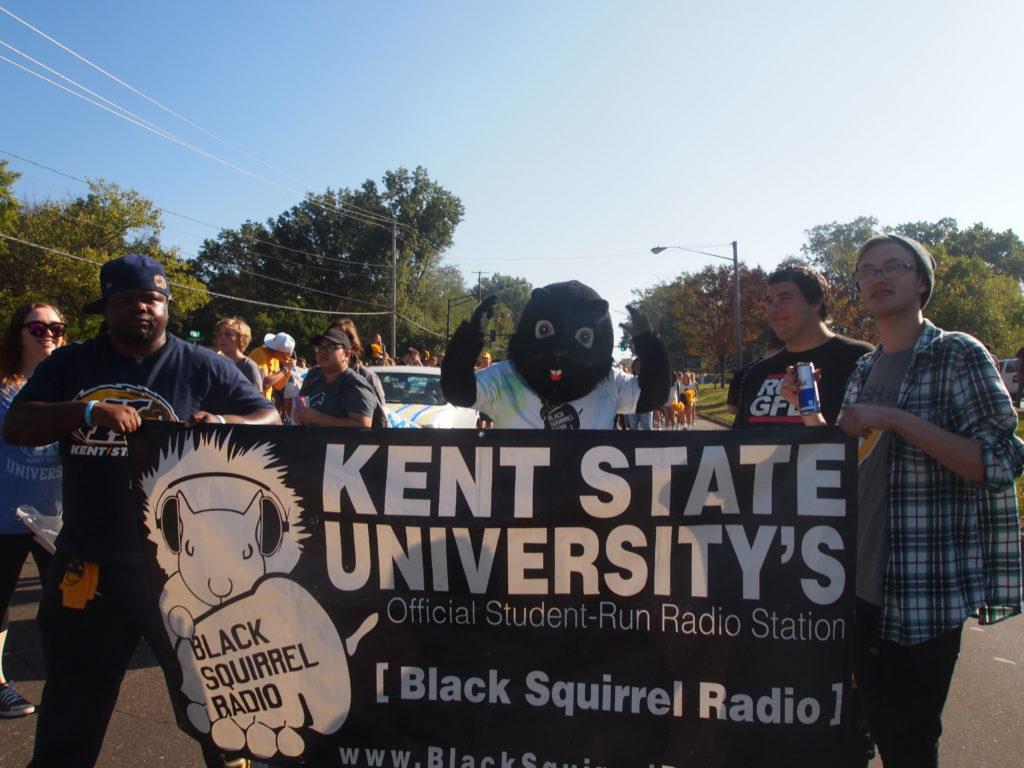