The voice of Bop It is sexy, there, I said it

Imagine you’re on a first-date with your crush (manifesting this for you!). After a magical dinner, they learn over and whisper the six sexiest words in the human language in your ear:

the legend himself buddy rubino

Yes, that’s right, you’re on a date with Buddy Rubino, the voice of “Bop It.”

You may remember the game from the funny phrases it yelled at you like “oh, so close,” after you only got to 71 for the thousandth time in a row. Or, and I’m hoping I’m not the only one here, you have recently revisited the game out of boredom.

For those of you who did not have fun as a child, Bop It is a handheld toy from Hasbro with a large button in the middle (bop it), a twister at the top (twist it), and a lever at the bottom (pull it).

The game sounds three commands, “bop it, twist it, pull it” in random order, and the player has to match the word with the corresponding motion. Once you get 100 in a row, you move on to the next level. It obviously gets harder each round, starting with Novice, then Expert, adding sounds, then… Master, adding colors and sounds. (Ooooooooo)

Not to brag, but I did beat the game last year (twice!), so I am a credible source for Bop It opinions. My senior quote was also related to this win, but I will not discuss that out of fear of more embarrassment.

Okay, I get it, enough technicalities. Onto the sexiness. 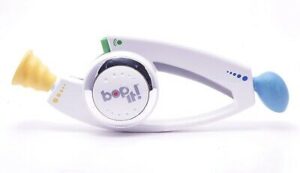 As a kid, “Who voices Bop It?” was never a thought in my mind, and I’m sure many of you never asked the question either.

But now is the time to give Buddy the recognition he deserves so he can climb past Phil Swift, that Flex Tape guy, on the E-list celebrity popularity ladder.

According to the Bop It wiki page, yes it is a real thing, and no I do not run it, Buddy has been the voice of Bop It since 2008 and has voiced many of the toy’s newer versions like Bop It Smash and Bop It Tetris (didn’t know those existed, but they do sound fun).

A 2016 interview with inventor Dan Klistner and Buddy by Graeme Virtue from The Guardian confirmed that Buddy is in fact the voice of Bop It. He even said that he was very enthusiastic about the gig: “I particularly enjoy doing the razzes: that’s when you mess up and the toy pokes fun at you.”

A nice voice and a sense of humor, how dreamy.

I mean who could voice the game better than him? Yeah, I’ll wait. 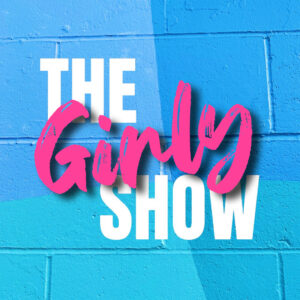 My friend and I even named him the “DILF of the Week” on one of our podcast episodes. (The Girly Show on Mondays at 2 p.m. on BSR. Sorry, I had to plug). While we did mostly take his voice (and the hilarity of thinking that it was sexy) into consideration when deciding our final pick, our ruling still stands: he is a certified hottie.

So, as if you needed any convincing, go pick up Bop It and hear Buddy’s lovely voice for yourself after all these years. The toy also plays a fun little song when you finally beat the whole game, and it is guaranteed to brighten up any crappy day.

Don’t worry about annoying your roommate with the blaring Bop It noises at 3 a.m., they’ll understand.

Alright, I’m done fawning over Buddy, for today at least.

“I’m going to sleep.” (Lol get it, another classic Bop It saying)

Tagged as bop it izzy schreck