Header photo was taken by me at the game

From Play Ball Park that took place in and outside of the Huntington Convention Center, pop up shops in Public Square and of course, the activities going on at Gateway Plaza with the giant TV screen by the parking garage.

Walking into the gate of the field was like going to any baseball game, but in the concourse area, you saw many different MLB uniforms.

On my ticket for the All-Star game, it said 7:30 for the game, so I assumed that meant first pitch. What actually happened at 7:30 was they did the player introductions and starting lineups. Before the National Anthem, there was a brief moment of silence for the late Tyler Skaggs, the Angels pitcher who passed away unexpectedly last week.

Seeing a National Anthem at a baseball game is unlike any other, especially at a big event like the All-Star game. With the American flag out on the field, fireworks going off and jet fighter planes flying over the stadium when the anthem is over is always something cool to see.

Throwing out the first pitch at the All-Star game was former Cleveland Indian, and current New York Yankee C.C Sabathia. He threw to Indians first base coach Sandy Alomar Jr. who won the All-Star game MVP back in 1997 when it was last played in Cleveland.

Now to the game itself. I have seen most of the big stars in baseball live, but I have not seen all of them, including Christian Yelich, Cody Bellinger, Pete Alonso, Ronald Acuña Jr., Clayton Kershaw and Charlie Blackmon to name a few. Just seeing these guys having fun out on the field makes it very interesting to see. The past three years the MLB All-Star Game has not counted for anything, but it is still entertaining to watch in my opinion.

The action in this year’s All-Star game was a good amount. There were not too many strikeouts. Michael Brantley made his welcome home to Cleveland a memorable one by driving in the first run with an RBI double to left. Blackmon and Joey Gallo of the Rangers both hit dingers in the game.

Indians pitcher Shane Bieber, who made the All-Star team last week, struck out all three batters he faced in the fifth inning.

At the end of the 5th inning is when the stand up to cancer movement happens. It is where the fans, players and umpires hold up signs for reasons to stand up to cancer. A touching moment for everyone at the stadium was when Carlos Carrasco and the Indians All-Stars were shown up on the jumbo-tron, having signs in support of Carrasco, who is battling leukemia.

In the 9th inning, Sabathia made one more mound visit at Progressive Field to just talk to the players, and when he was walking back to the dugout, he got a standing ovation from the fans.

Aroldis Chapman closed the game with the final score being 4-3 American League. Who won MVP? That was of course Bieber!

Attending the MLB All-Star game will be an experience I will never forget, and also something I can check off my bucket list. Everything that came with it was amazing, and the city of Cleveland did an amazing job of hosting the whole All-Star week and should host every MLB All-Star Game in my estimation.

As for Pass The Mic, we have released a new podcast episode on a weekly basis for the most part this summer with all of the news that has gone on in sports.  Our podcast is available on Spotify, iTunes and Google Play. Check out a photo of the crew, and a video from Pass The Mic’s Youtube Channel below!

Pass the Mic had a great time at the 2019 MLB all star game and yes Michael did get his ice cream pic.twitter.com/he2ib7hNb8 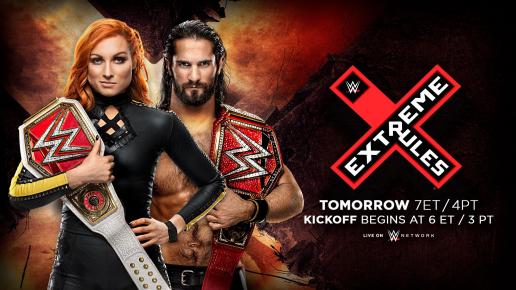 My Experience Inside the greatest Home Run Derby