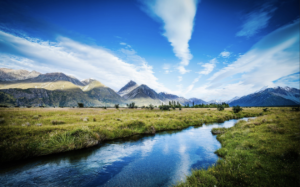 When you google an image of “Nature,” what comes up?

Probably a glamorous picture  of a national park or a scenic image with a pristine sunset in the background. But we all know  this is not what nature really looks like. Although the views may be beautiful, I have hardly ever  gone hiking and discovered a wilderness as heavenly as the one these images depict. In my  experience, nature is much rawer and more genuine than that which is featured on google. Of  course, it depends on the person, but generally people try to capture a picture that magnificently  depicts the wild because it is more aesthetically pleasing for their Instagram post. Why do we  adore such heavily stylized or “posed” photos, and when did this start? In this essay, I will  explore environmental discourse, human patterns and behavior over the past 250 years, and the  problems that arose through the building of America. In addition, I will be using the words  “nature,” “environment,” and “wilderness” interchangeably.

If we jump back 250 years in American and European history, people were not  worshipping the woods like we do now. The last thing that was desired at this time, was seeking  the “wilderness experience” we value so much today. As late as the eighteenth century,  “wilderness” had a negative connotation, evoking feelings of isolation, fear, savagery, and  desolation. “Waste” was the word’s closest synonym, explained in William Cronon’s, The  Trouble with Wilderness (Cronon, W. 1996). These “wastelands” were not just left alone out of  fear, however. At the heart of our country is the spirit of hard work, progression, and  improvement of our quality of life. These foundational characteristics were sewn and grown  during this time, along with the social and ethical issues we still face today. “Unused land was,  for Europeans, unowned land, available for improvement under colonial rule. 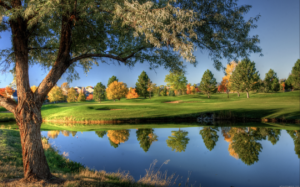 Productive land was expected to look a certain way, like typical farms or managed forests in the Old World.  Because of these preconceived notions, lands that had been systematically used and improved by  native peoples, before the conquistadores arrived in Vera Cruz, Mexico, came to be defined and  designated as “baldios” or “yermas”: wastelands. Wasted land was available for improvement,  indeed by implication it demanded improvement (Sluyter 1999) and therefore appropriation by  the colonizers.”

As we enter the nineteenth century, this “frontier” view of nature and true wilderness was  completely switched around. While the frontier was strangely American and had its parallels  with European culture and ideas, a new term was implemented into society at this point in  history. During this time, we were introduced to the idea of “the sublime,” which can be closely  related to how we view nature through modern lenses. The sublime is a social construct that essentially romanticizes nature. Much of today’s environmentalist discourse was created from  the wilderness intellectual movements such as romanticism and post-frontier ideology. “Wilderness had once been the antithesis of all that was orderly and good – it had been the  darkness, one might say, on the far side of the garden wall – and yet now it was frequently likened to Eden itself.” (Cronon, W. 1996). Many people living during this frontier age made  many religious and spiritual connections to wilderness, a common theme we still see today. However, their connection was much more negative and pessimistic, recognizing it as the place  Adam and Eve were “cast out” to, and created this image of struggle and vulnerability. 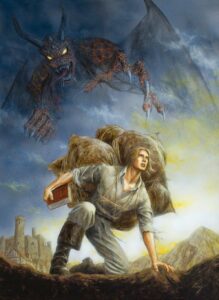 The myth of the “frontier” almost directly identified with the male gender. In the wilderness, a man could be rugged and grow stronger by being subjected to the natural elements.  It was believed that only a man could handle these challenges and that he “fit” into the  ecosystem of the wilderness.

Man may have over-glorified (or over-estimated) his placement on the food chain and viewed himself as having the ability to tame the untamable, but regardless of  the empty truth that holds, this idea is a concept we recognize as an underlying belief in our  society. Masked in modernity, the concepts of masculinity have been developed from these  “American Frontier” origins. Ideas such as hunting being a task for a man, or a task only a man  could complete, even though this is a human concept and not at all true in nature.

Wilderness serves as a foundation on which so many sacred values of modern  environmentalism rest. The evaluation, or rather critique, of modernism that is a notable  contribution of environmentalists often appeals to the idea that the state of wilderness is the unit  in which we measure our failure or shortcomings as a species. Wilderness is a landscape of  authenticity and freedom that allows us to rediscover ourselves, which has been lost in our  artificial lives. Not only do we seek asylum in nature, but we have also transformed it into a  commodity for our selfish use. One can observe this through the tragedy of pollution and how it  litters the environments of our planet. To chase this idea of “the sublime,” we have created and  preserved national parks to serve as our glimpse into heaven when, in reality, they are our playgrounds. 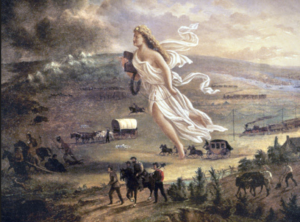 There is trash left behind from inexperienced campers and irresponsible tourists,  amenities built to accommodate for our needs which now occupy the previous locations of local flora and fauna, and habitats disrupted by foot traffic, loud noises, and curiously ignorant  visitors. The hustle and bustle of modern lifestyles have stretched into nature, a victim of our  expansion. The spirit of the frontier lives on through our desire to turn nature into something  more efficient, more appealing, more consumer-friendly, and something that can be tamed. We have commercialized nature and exposed it to consumerism, throwing off its natural equilibrium  and leaving it looking like a Vegas showgirl.

Social construction is everywhere, whether we recognize it or not. Imagine a picture of a  wooded trail overlooking a lake at sunset. This is a typical image you’d find on the internet, like  I described in my introduction. However, how much of this image is natural? Questions we  probably don’t ask, but should, include:

How did this trail get here? This clearing was most likely not naturally occurring.  Is the lake man-made?

Is the lake dammed? If the lake isn’t dammed by a human construction, and let’s say  beavers created it, were the beavers introduced into this environment? Therefore, are  they “natural?”

Was the area reforested, or is this flora naturally occurring?

Is this claim or concept natural, inevitable, timeless, and universal?

If not, at what point was it invented? Under what conditions?

What are the social, political, or environmental effects of believing that this claim or  concept is true, natural, or inevitable?

Would we be better off doing away with the concept altogether, or rethinking it in a  fundamental way?

The common pattern in my above example questions is that of human interference. There are  many ways to define “nature,” my personal belief being that which has not experienced human intervention. Raymond William points out, (Williams, R. 1976) the word nature has at least three common usages:

Geographers Barnes and Duncan (Barnes, T. J., and J. S. Duncan 1992) define discourses  as “frameworks that embrace particular combinations of narratives, concepts, ideologies, and  signifying practices.” In simpler terms, this means statements and texts are not just  representations of the physical world, but rather hold power in their meanings and create the  ideas we believe today. Discourses are stories, but its social context of their creation has  disappeared over time, and we now recognize them as fact or truth.

Environmental discourse  analysis is a technique used to examine these constructions of nature that attempts to reverse this trend toward the constancy of discourses by studying them and attempting to focus the ways on  which social context influences their construction and upkeep. This is a nontraditional approach  because it focuses on the concepts (ex. health, sustainability, hunger) and sources of information (ex. government experts, scientific laboratories) that other accounts take for granted and assume  to be independent and reliable. 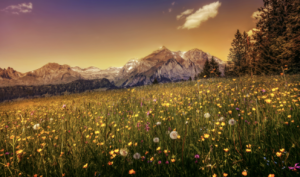 A social constructionist approach to the environment is not only interested in discourses, but the social institutions to which they are tied.

In modern society, environmental discourses are increasingly linked to influential  institutions such as governments, schools, hospitals, and laboratories. These establishments are  owners of power that are in the business of managing the relationship between environment and  society, not so much by telling people what can and cannot be done, but instead by implanting  and solidifying specific understandings of what is and is not true. Where this has caused  problems, is in social justice and racial equality, as an example.

The idea of discourse is seen in issues of ethics, environment, politics, inclusivity, racial  injustice, and so on. I implore the readers of this article to further their knowledge on this subject  and explore the sources listed in the bibliography. It is crucial to understand that we as a species  have been responsible for the degradation of our planet, but we will also have to be part of the  solution. We cannot separate a human problem from a human solution. Despite differing views,  our future will be grown in labs, on farms, and in factories, right where our problems started.

Through my research and explanations of the discussed topics, it is my hope that you  have gained a better understanding of how human social concepts and psychology relates to how  we view nature in the present, and how that view has evolved over the past centuries. It is  important to remember to view this anthropogenic period on a scale of geologic time. Although  we have created damage that seems irreversible, the extinction we are accelerating isn’t the planet’s, but our own.

It is time we go into the wilderness, not seeking a metaphysical  experience, nor a journey of manliness, or a quest for cosmic understanding, but rather a  universal observation of our effect on the planet, as humans. As the main contributor to these  environmental changes and fluctuations, it is our moral obligation to recognize and reverse the  damage we have caused, for the sake of our existence. 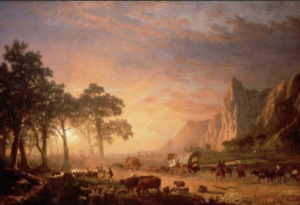 Sluyter, A. (1999). “The making of the myth in postcolonial development: Material conceptual landscape transformation in sixteenth century Veracruz.” Annals of the  Association of American Geographers 89(3): 377–401.

Hacking, I. (1999). The Social Construction of What? Cambridge, MA: Harvard University  Press.

Death to Skinny Jeans: Why You Need a Pair of Flares