I was introduced to Ed Sheeran in 2011 when my dad tried to gatekeep his first album on a car ride to Canada. He had gotten the CD for Christmas and was so excited to introduce my family to this niche, underground, English singer he found. It was unbeknownst to him that “The A Team” was actually extremely popular, but it was all new to me. What stood was the Britishness, more specifically how you could hear it when he sang, and this made him extremely distinguishable considering I was in my “Why do some British singers sound American when they sing?” phase. And so I’ve been a Sheerio since age eight, and I still am today despite that his music production has gone awry. 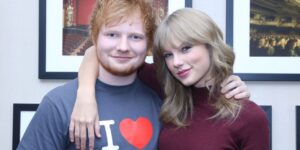 But since 2011 he has inspired hate in innumerable people, and it isn’t a hatred grounded in reason. It’s a strange, underlying, universally understood, but unexplainable hatred that leads to his being relentlessly mocked and made into a living meme. Where did this hatred come from? Is it just because he’s overplayed, overexposed and virtually everywhere, or is it because he’s a silly, ordinary looking man who named his child Lyra Antarctica Seaborn Sheeran? Personally, I think it’s the combination of both. It’s the extent of fame attributed to a man who doesn’t seem to know just how famous he is. It seems as though he’s become renowned too easily.

He produces and writes songs that while overplayed, are catchy. He can quickly write what the people want, and he exercises this ability transparently. I think people hate that his mainstream, effortless pop songs can amass billions of streams, win Grammys, and be worshipped by the radio, all while he lives humbly and normally. It just doesn’t fit, the wealth and his simple persona. Also, gingers have a stigma, a strange sigma that I know induces some sort of image in your mind whatever it may be, and it doesn’t help that he’s short. 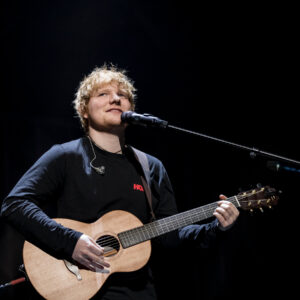 If you’re an anti-Sheerio, an Ed Sheeran hater of sorts who thinks he’s annoying, ugly, and undeserving of his fame, I urge you to listen to his earlier work. It’s more acoustic, more beautiful, and more lyrically inclined. It feels emotional and extremely unlike the forced pop he’s associated with today. Personally, I’m a big fan of “Autumn Leaves,” “Tenerife Sea,” “Kiss Me,” and “I See Fire” since I’m a Bilbo Baggins fangirl. More importantly, he wrote my most favorite One Direction song ever, “18.”

Ultimately, Ed Sheeran is not evil or the problem. I don’t think he deserves the ridicule the world subjects him to today, and I think he’s a victim of wanting to be ordinary in the midst of fame and just being easily great at what he does. So if you’re an Ed Sheeran hater, give him a chance and don’t let your brain categorize him based on his overplayed pop. Listen to some of his earlier work, watch The Hobbit and hear his magical music in the credits, or just retrospectively ask yourself, “Why do I really hate Ed Sheeran?”