NFL picks against the spread: Week 1

Written by Brandon Lewis on September 6, 2018

Hey, BSR! It is Brandon Lewis back here for another great NFL Season, and I am once again back with picks against the spread for the 2018 season! There are some intriguing week one matchups, and some upsets are in play.

The defending AFC Champion New England Patriots begin the season with one of their toughest matchups of the entire season in the Houston Texans. For the first time in a long time, the NFL’s most dominant franchise over the last two decades has questions that may not have answers to them right now. What is the deal with Brady and Belichick? Was Matt Patricia the driving force of the Patriots defense over the last six years, or was it all Belichick?  When these questions are answered, it was tell us a lot in the direction the Patriots are going, but for right now, we can only speculate, and the Texans are a team that is loaded on both sides of the ball. Deshaun Watson is returning back to the gridiron for the first time since he tore his ACL last season. In just six starts last season, Watson threw for 19 touchdowns and only 8 interceptions, capping it off with a 83.6 QBR.(quarterback rating). Against the Patriots last season in week three, Watson tossed for 301 yards, two touchdowns, and two interceptions as the Texans just fell to New England 36-33. Now that the Texans have three time defensive player of the year J.J. Watt back, I think the Texans will be able to get pressure on Tom Brady and force him into mistakes, while on the offensive end Deshaun Watson, Deandre Hopkins, and crew put up an offensive explosion and beat the Pats in Foxborough in a shocker to start the season.

Unless you are a Redskins or Cardinals fan, this game does not necessarily catch your eye out of the week one slate of games, but it will be well contested. After a trade from the Chiefs, Alex Smith takes the reigns for the Redskins, and Sam Bradford will handle the controls for the Cardinals after signing as a free agent in the offseason. Cardinals new head coach Steve Wilks will be looking to give ownership a good first impression, but I like the Redskins in this game. I love the addition of Adrian Peterson after second round pick Derrius Guice tore his ACL in the first preseason game. They also have Chris Thompson returning and Robert Kelly as well out of the backfield, so they should be able to pound the ball. Both defenses do have a shutdown corner in Patrick Peterson for the Cardinals and Josh Norman for the Redskins, but I like the Redskins defense a little bit better because they have a good front seven led by Ryan Kerrigan that should be able to hold up star running back David Johnson from exploding in his return game. Redskins win this one in a close, low scoring game.

Sam Darnold, the third overall pick in the 2018 NFL Draft from USC, makes his NFL debut on Monday Night Football against the Detroit Lions inside Ford Field. The Lions have a new head coach in Matt Patricia, the former New England defensive coordinator, but their roster is still mostly the same. Mathew Stafford returns for his 10th season in the league, Darius Slay is back as a shutdown corner, and Golden Tate returns as one of Stafford’s favorite targets. They also added Legarette Blount to help out Theo Reddick at the running back position, a position the Lions desperately need help with, considering they have not had a 100 yard game on the ground since 2013. However, with all that being said, I think Sam Darnold plays very well in his first start in the league and propels the Jets to victory, backed up by a great showing by Todd Bowles’ defense.

Jon Gruden returns to a NFL sideline for the first time in a decade when his Oakland Raiders face off against many people’s pick to be the representative for the NFC in the super bowl the Los Angeles Rams in the second half of Monday Night Football’s week one doubleheader. Yes, the Rams are loaded. They made a lot of moves in the offseason to help out the youngest head coach in the league in Sean McVay and his young quarterback Jared Goff. They went out and either signed or traded for Brandin Cooks, Ndamukong Suh, Marcus Peters, and Aqib Talib, to really bolster up their team. On top of that, they still have Aaron Donald and Todd Gurley, two of the best at both of their positions. They looked poised for big things in 2018, and I know people are questioning why Jon Gruden has made so many “bone headed” decisions like trading away Khalil Mack to the Bears, but I have always believed in Gruden, and I think he will have a special connection with his team, and his team will be motivated to beat the Rams and give their coach a win in his first game back in a decade. This might be not only the game of the week, but the game of the year! 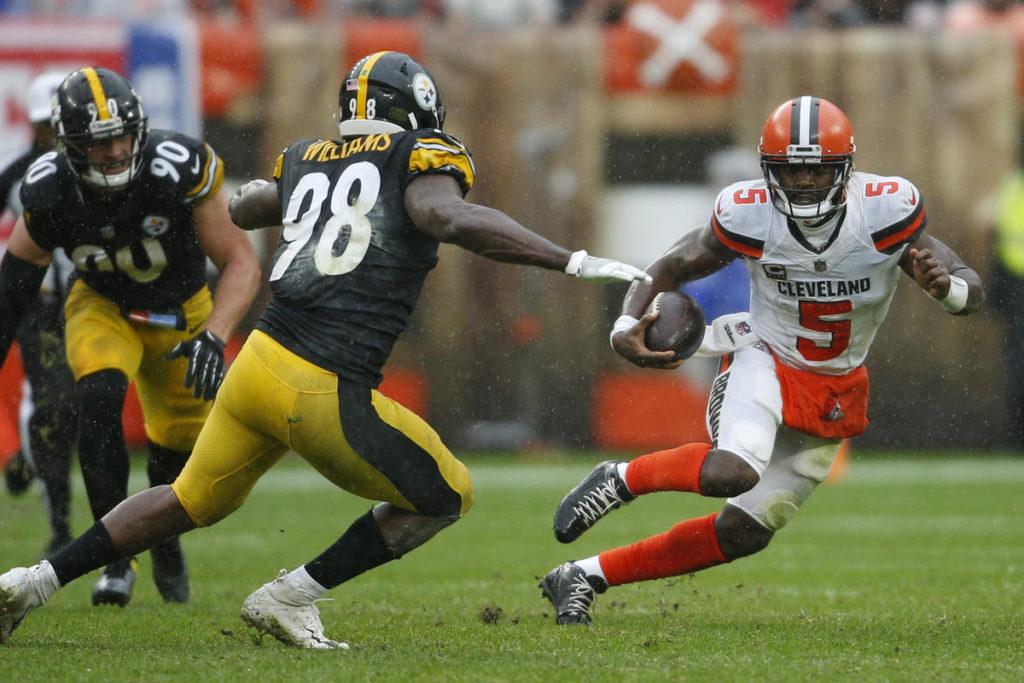