Hello to all and welcome to another season of Major League Baseball. In my first ever article for BSR, we’ll be diving into the projected Cleveland Indians 2019 Opening Day roster.

After yet another slow winter in the MLB world, it’s finally baseball season, and there will be baseball again on the corner of Carnegie and Ontario.

The Cleveland Indians are the favorites to capture the AL Central pennant for the fourth year in a row. However, fans are pessimistic about how good this Cleveland team truly is.

Why is that, you might ask? After losing Game 7 of the World Series in extra innings at home in 2016 against the Chicago Cubs, seeing a 2-0 ALDS lead evaporate in 2017 versus the New York Yankees after winning 22 straight games, and losing embarrassingly at the hands of the Houston Astros in a sweep in the ALDS last season, the fan base has started to have some doubts about the current iteration of the roster as constructed.

Another reason for the lack of enthusiasm is while the Minnesota Twins made some moves to help upgrade their roster after a surprising down year with injuries (Miguel Sano and Byron Buxton being the poster boys) and underperformance (Sano and Buxton again, among others), they went out and got the ageless Nelson Cruz to hit homers in the heart of their order, and they  got Marwin Gonzalez, the positional swiss army knife of MLB, who has played every position except for catcher and pitcher the last two years, among others.

Meanwhile, the Indians lost key contributors and stabilizing veteran presences like Michael Brantley, Cody Allen, Andrew Miller, Josh Donaldson, and others to free agency as the payroll reached a level too high to sustain for the Dolan family as they had to cut money while maintaining a competitive team with a still-open window.

They traded All-Star catcher Yan Gomes to the Nationals for three prospects and Yonder Alonso to the White Sox.

The team also went through with a three-team deal that comprised of the Tampa Bay Rays and the Seattle Mariners, sending out 1B/DH Edwin Encarnacion to the Mariners and young infielder Yandy Diaz to the Rays. The deal brought back old friend Carlos Santana and a former top first base and outfield prospect from the Rays in Jake Bauers, all the while leaving fans unsatisfied with the lack of a presence on the free agent market for established veteran talent.

As we draw ever closer to opening the Season in Minneapolis Minnesota, here’s the rundown on the projected 25-man Opening Day roster.

Analysis: Before people start yelling at me for placing some folks in a numerical order, any way you slice it, these five starters will be in the rotation for opening day and the majority of the year, barring injury. They are the strength and backbone of this roster, and it’s no contest that this is the best rotation in the American League and possibly all of baseball. The only concern here is how much does Manager Terry Francona ride Corey Kluber versus pulling him a touch earlier in games to keep him fresh for the playoffs? And is there enough depth to survive a significant loss to this rotation of, lets say, Trevor Bauer for 2 months or if anyone else goes down as well? This team will live or die by its stud-filled rotation.

Analysis: We all know that Tito loves his relievers, The question was would he keep seven or eight guys? There is one certainty in that bullpen: Brad Hand is an established, All-Star closer at the back of the pen.

The rest? Otero has had his good moments, Perez and Ramírez helped down the stretch last year with Cimber being a young submariner-type whose now projected as the set-up man. Tyler Olson, and Jon Edwards fill out the remainder of the bullpen.

*Correction: It was previously noted that MLB would institute a three-batter limit for all pitchers barring injury for the 2019 season. That change will be implemented in 2020.

Analysis: Currently, this group looks shaky, admittedly. I was disappointed when the team optioned the young Oscar Mercado, acquired in a rare minor league talent swap with the Cardinals (who seem to produce so many high-quality outfielders in their farm system such as Harrison Bader, Randal Grichuk, Stephen Piscotty and Tommy Pham) as he smashed the ball this spring. I’m also not sold on the reasoning for sending him down to AAA, but he’ll be up early in the season and should hopefully be joined by veteran Carlos Gonzalez and the talented Bradley Zimmer once they are both ready to play (Gonzalez has an opt out of his contract on April 20 if he’s not added to the 25-man roster while Zimmer is still working back from shoulder surgery).

Meanwhile, Tyler Naquin and Leonys Martín are two of the more regular options with Jake Bauers mixing in here and at first base as well. Speedster Greg Allen and Jordan Luplow round out the outfield mix.

Analysis: Oh boy, this now looks like a hot mess after Jason Kipnis followed Francisco Lindor onto the injured list to begin the season. While The Plain Dealer’s Paul Hoynes indicates Francona is comfortable with Stamets filling in at short to start the season, they are looking around the free agent and trade market for a fill in at second with Kipnis out. What looked like a solid infield without Lindor for a couple of weeks with a healthy Kipnis turns into a question mark for a club that couldn’t afford to lose more key guys in the lineup after Lindor sustained his injury.

As stated earlier, Jake Bauers will figure into the mix here, but more of his time will be spent in the outfield early on or even most of the year if his skills play well out there.

It was announced after the signing of Brad Miller to a Major League contract Sunday that Hanley Ramírez would make the roster as a DH. With Ramírez on board, it would be logical to see Francona going with a seven man bullpen.

*During a game on Sunday, José Ramírez fouled a ball off his leg and suffered a contusion, with x-rays coming back negative. It is not known if he will be in the Opening Day lineup or not.

*Update: It was previously mentioned that It was not known if Ramirez would be in the Opening Day lineup or not. Ramirez did start at third base for the Indians on Opening Day against the Twins. Ramirez has started off the season 3-15 with three strikeouts.

Analysis: Perez has been around this team and pitching staff long enough to be the obvious choice to start. While his defense is superb, his bat has fans worried of a black hole in the lineup after trading away Yan Gomes, who could defend and swing the bat well. Kevin Plawecki earns the backup spot over Eric Haase, spending time with the Mets the last few years. Haase did well offensively, but carrying a third catcher would be a luxury, and one who would barely play much, if at all in Cleveland.

Analysis: With the injured list (formerly known as the disabled list) now occupied with Lindor and Kipnis, getting production from current options while trying to get those two out onto the field sooner than later is crucial. Kipnis isn’t the only guy to go down with an injury in recent days. Cincinnati Reds star Scooter Gennett is out 8-12 weeks with his own injury as Ohio’s second baseman’s seem to have suffered a stroke of bad luck from the baseball gods.

Zimmer would be a lift to the outfield mix when he gets healthy. As for Danny Salazar, he will probably go to the pen with Tyler Clippard when he comes back as it is tantalizing to imagine Salazar’s big arm paired with Brad Hand, Adam Cimber and Co.

Analysis: We’ve touched on these two before, but Mercado may be the biggest key to possibly turning the Indians outfield from dismal to average. I am very high on the young man’s talent, and pair that with Carlos Gonzalez, here’s a possible outfield mix for later in the summer:

If everything falls in place with Kipnis and Lindor coming back and looking like All-Stars, the outfield becomes an average to above average unit and if the bullpen rebounds from last year, things suddenly look a lot brighter for a squad with eyes on October. And this time, hopefully they will be wrapping up some unfinished business and bringing home the Commissioner’s Trophy for the first time since 1948.

Sean Fitzgerald is a member of the BSR Sports Department and Co-Host of Fitz and Spinell on Fridays from Noon to 2 p.m. Follow him on Twitter @fitzonsportsbsr and the show @fitzandspinell 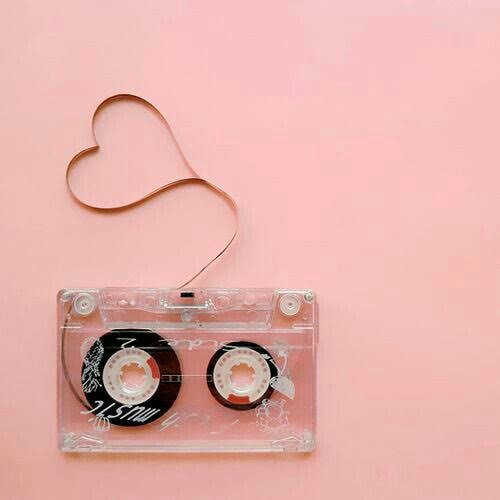