In March of 2020 when the COVID-19 pandemic first came to the United States, there was some worry that the virus may cause the United States some problems. Of what little we knew, it was certain that nursing homes and the elderly were the most at risk. The financial impact that these facilities took through losing so many residents, who essentially are their tenants and them the landlord, caused irreversible damage. Nursing homes and assisted living facilities faced difficulties that neither the staff, nor the patients could have ever expected.

At first, nursing homes were short of personal protective equipment and masks. Soon these problems evolved into changes in their daily life. With shortages of this equipment, staff and residents alike fell victim to the virus. This in turn caused shortages of workers in these facilities. For some residents, this meant having to remain in their room in isolation for weeks on end. For others it meant exerting themselves greatly to do something as simple as retrieve a meal or medication, something that was once brought directly to them.

Others were not so lucky. Residents who passed away are friends and family to the others there as well as the staff. The mental strife the numerous deaths caused took a toll and forced many residents to move out entirely and veteran staff members to retire.

“The pandemic was overwhelming. The amount of care that needed to be given to not only the facility residents but also the staff. The pressure and the stigma that was on the facilities to ensure that everyone remained not only safe but diagnosis free was too much to bear,” said Donna Rowe, the executive director of an Ohio nursing home until February 2021.

The population that lives in nursing homes are obviously the most at risk. They are elderly enough to require 24-hour care. Most residents are unable to leave without permission from one of their relatives in charge of taking care of them. Many residents often share a room and share many common areas in a dorm style of living. While colleges were able to clear out their dorms and cities were able to restrict their citizens movement, nursing homes were left to deal with all of their patients who were essentially trapped while being in a close proximity to each other.

According to The COVID Tracking Project from The Atlantic, in the state of Ohio alone, 1,614 assisted living facilities were effected by COVID-19. Over 82,000 residents have been infected and 6,602 residents have passed away due to COVID complications.

As plans began to form to combat COVID-19, schools, restaurants, manufacturing facilities and many other entities received state and federal funding. While nursing homes did receive some benefits, they did not receive all of the proper help that they needed for both residents and workers alike and this had a devastating impact on the industry.

Rowe stressed the fact that combating COVID alone was not the only worry that these facilities had to compete with. The healthcare system in America is actually very much funded by public tax dollars, no matter how much Americans complain about the lack of centralized government-funded healthcare. These facilities reputations and the statistics that they provide are very important.

It is similar to the numbers game that is played in many different fields of business. Factories have to meet a quota and may have to stress their workers to achieve this, thus causing the safety of the workplace to go down. Sometimes police write tickets for simple offences to meet a number of arrests that needs to be met.

The way that this manifests in the healthcare field and nursing homes is in the reporting of infection statistics and it puts assisted living facilities in a sticky situation. Report the accurate numbers for COVID and there is a risk of being chastised for a lack of performance, but relief funds may come sooner. Report the COVID numbers inaccurately and it may save face for the long-term, but you risk the lives of patients and workers who are living and working in the facility side by side.

Before these facilities were able to take proper precautions with things such as PPE and other means to stop the spread of the virus, the only measure that they were able to take was quarantining the residents at a very strict level.

“When I look back at what the pandemic did, one of the main things that I would say is lack of PPE for long-term care facilities. The amount of staff that you would have to replace due to any kind of symptoms, the long hours that people were working and putting in because of turn over sickness or just the inability to have staff come in the building. But also, mainly the inability for families to visit their loved ones, it took a toll on the families themselves but a huge toll on the residents and the staff to the point of great sadness and burnout. Things even as far as frustration and anger,” said Rowe.

The economic impact of this on assisted living facilities was swift as well. Not only were their coffers stretched in the race to purchase protective equipment and ventilators to deal with those who were sick, but the population of residents fell as well. In the time of a pandemic, people are leery of others infecting them and many families simply chose to take care of their elderly loved ones themselves since they were forced to stay home.

“I began to worry that I might have sent my aunt off to her death,” said Sandra Allen, the niece and caretaker of a resident at an Ohio nursing home.

Allen says that one of the most stressful factors of the pandemic was that she had just sent her aunt to live in an assisted living facility just months before the pandemic started. They used to have dinner with each other 3 times a week. Until recently when she was vaccinated, she had only seen her aunt one brief time and it was at a distance.

“It was hard to deal with. One week we were enjoying meals together and in the matter of a few days I had to come to terms with the reality that I probably would not see her for a very long time. Luckily the vaccine came quicker than I expected but it was still some of the most stressful days I have had to deal with,” said Allen.

The lack of PPE attributed to a decline in the physical health of the residents in the facility but more critically, it caused much mental strife for the patients. Being unable to see their family members was the least of the resident’s problem.

At most assisted living facilities, residents are unable to leave without a chaperone that has previously signed them out. Due to the high infectiousness of COVID, residents were banned from leaving the facility. Not only have these people been stripped of their ability to freely move around as they please, they have also lost their mental well-being. The threat of COVID was always lurking around the corner.

At the beginning of the pandemic this was a greater threat than the infection itself at some points. Allen said that while her aunt was able to resist contracting the virus, she was greatly affected by the mental strife that it was causing her and her living situation. Assisted living facilities are not a personal home and in design are most similar to a dormitory or a hotel.

When these facilities lack the funds for proper PPE and equipment to handle the virus, it is not just a financial and health problem. Firstly, the threat of the infection is already heightened in these places, when added that there are no proper protection measures, residents feel as though they are alone.

“I know that she was stressed because she felt that she could get sick from anywhere. We did not understand how the virus really worked and all we knew was that masks, shields and ventilators were needed. When I would receive phone calls from her all she would say is that she is worried that she wasn’t safe,” said Allen.

This is the paramount problem that is caused when these facilities do not have the proper funds to handle a pandemic. Do they spend money on PPE and hope that it works? Do they hire more employees incase others get sick? Both? There is no right answer, but something had to be done.

“The hardest part personally for me leaving the position… I would say the first one is leaving the staff who I know really really worked hard for the residents. But the second part would be feeling like I failed, because I couldn’t stick it out anymore. We ended up getting a couple of cases. Throughout the entire pandemic, we had a total of 8 cases in the whole building including residents and staff, but to me that was failure because we tried so hard to keep it clean. The other part of the failure was the fact that I just could not keep going, I was tired. But my staff stayed there and I left, so I feel like I failed them. They still keep in contact with me, and no I don’t think that they think that I failed. I think they understand that I did everything I could, I just was exhausted. But I grieve the position quite a bit because I feel like there’s no closure,” said Rowe.

Unfortunately, without closure is how Rowe was forced to end her career. Despite her best efforts to continue working after the pandemic. It had taken too much of a physical and mental toll on her.

Rowe was not alone in leaving nursing homes though. According to the U.S. Public Interest Research Group, nursing homes reporting staff shortages rose from 19% to 22% by the end of the 2020 fiscal year. This is a combination of not only workplace burnout, but due to COVID infections.

At the home that Lou Helming stays at, they experienced multiple shortages of staff at random times due to outbreaks of the infection. They were even forced to hire outside nurses to help with the swell of missing workers.

While there may not have been a right or wrong move, Rowe had to make a move and undoubtedly this saved lives. The question for hers and other facilities will always be could they have saved more.

The end of this crisis is in sight for nursing homes though. Since the start of 2021, over 2.5 million residents and workers have received their first dose of the COVID vaccine according to the Kaiser Family Foundation. Nursing homes are now among the leading population in terms of COVID numbers declining. The New York Times reports that since vaccines have begun being distributed, nursing homes have seen an 80% decrease in their case numbers.

For a large portion of the COVID-19 pandemic in 2020, nursing homes were among the hardest hit communities by the virus. As 2021 progresses, they must now adapt again as the world begins to return to normalcy. 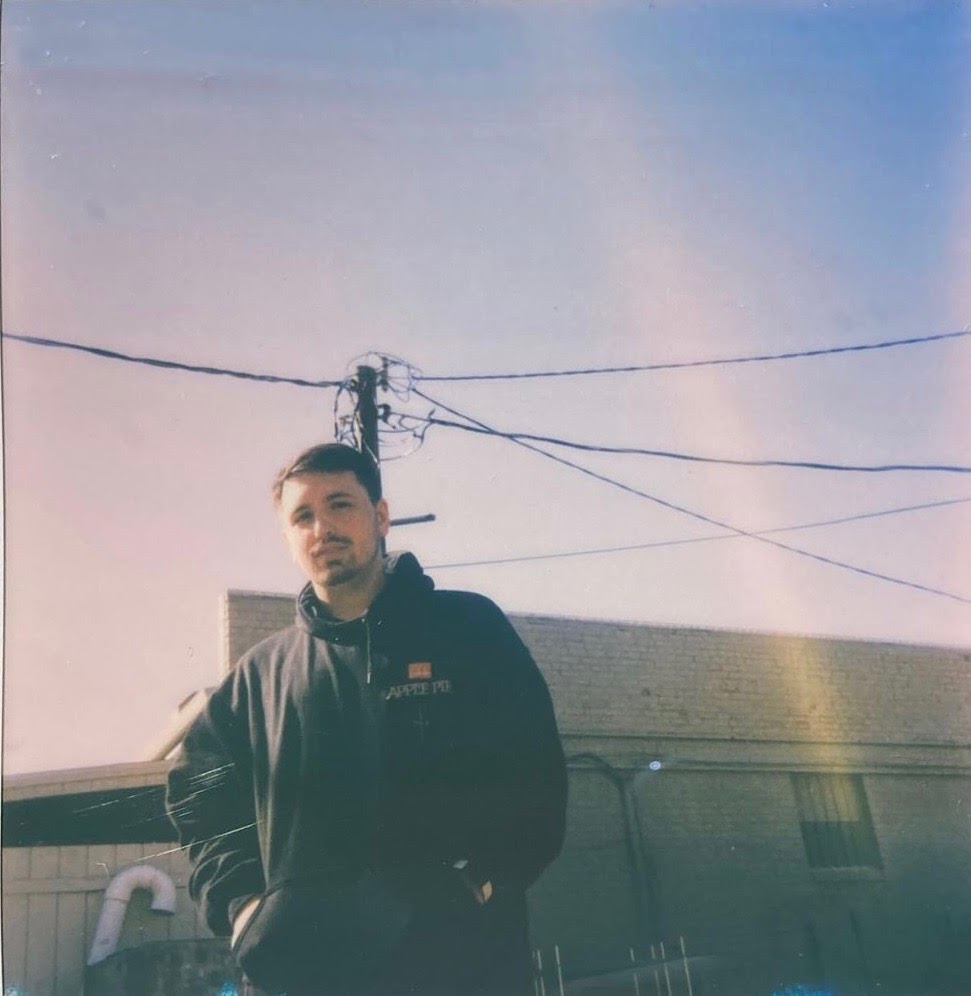