Christmas is here, which means it is the perfect time to watch some holiday entertainment. But with the flood of cliche or overplayed played movies it can be difficult to decide what to watch. Check out these 10 unexpected and unusual Christmas movies for a more interesting watch than the yule log.

If you are feeling a little more ‘bah, humbug’ this Christmas, then check out one of the best in holiday horror, Black Christmas. Though there are several rather notable Christmas-based scary movies, including the uninspired 2006 remake of this very film, this is, for many, the pinnacle of holiday frights. The story is centered around a sorority house that has been receiving obscene phone calls following a recent murder and disappearance in a college town. It is a campy, gory and holly jolly good time. Who knew the Christmas season was so perfect for slasher films? Surprisingly the holiday serves to make the already creepy elements to the film even more unsettling. Funny enough, director Bob Clark followed up this cult holiday classic with another, 1983’s A Christmas Story.

Go follows a wild Christmas Eve night from several different perspectives. Sarah Polley is the lead in an excellent ensemble. While Polley’s character, Ronna, is struggling to not get evicted this Christmas, she and her friends (Katie Holmes and Nathan Bexton) cross paths with numerous others, including a local drug dealer (Timothy Olyphant). This unusual Christmas movie has an excellent cast and a highly enjoyable soundtrack. There’s nothing quite like a drug-fueled Christmas season including Xmas themed raves, potential murder cover-ups and car chases. Go is such an underrated and highly entertaining film; while a crazy Vegas weekend and holiday themed rave could be the recipe for disaster, Liman and his strong cast make it a funny and exciting success and one of the coolest ‘Christmas’ movies ever.

On Christmas Eve a transgender sex worker goes on a hunt to find her cheating pimp boyfriend. Tangerine certainly isn’t the most traditional Christmas viewing but it also certainly isn’t the most boring. Leads Mya Taylor and Kitana Kiki Rodriguez are mesmerizing, they steal the show while running all over Hollywood in this high energy and hilarious film. Director Sean Baker gained a lot of attention for this film, not only for its unusual subject matter but also because it was shot on several iPhones. Plus it actually casts trans actresses in lead roles. This frantic and fun film hits its memorable climax in a donut shop, resulting in one of the best scenes in recent film. Tangerine may not contain a lot of ‘Christmas’ qualities, but it does a terrific job capturing the subtleties of Christmas while reminding us it can be just another ridiculous day of the year.

Happy Christmas is one of the realest versions of the holidays on screen, there is the awkward family interactions, the irresponsible drinking and substance use, and reckless romancing. This mumblecore film by director Joe Swanberg stays true to the heart of the movement with a mostly improvised script. Anna Kendrick is a terrific lead as a complicated but usually charismatic screw-up. Her uncomfortably reckless immaturity clashes with her brother’s life as a new husband and father. The holidays are always a great time to contemplate what you are doing with your life and to reflect on your dissatisfactions in work, family and love. Happy Christmas feels like a refreshingly genuine and intelligent look at the holiday season.

This Billy Wilder classic stars Jack Lemmon, in one of his best roles, as affable businessman C.C. Baxter. Baxter has been loaning out his apartment to his co-workers who need a private space for their ‘affairs’. When his boss hints at a promotion for the use of his bachelor pad, Baxter becomes conflicted. Baxter wants a promotion but he is also crazy about his boss’s mistress, company elevator girl Fran Kubelik, Shirley MacLaine. This is also one of MacLaine’s best roles and she and Lemmon have remarkable chemistry. The Apartment may not feel like the most Christmas-y movie, but this tale of romance and office politics does distinctly take place over the holiday season, with key moments during Christmas and New Year’s Eve. This film isn’t your average love story but despite the heartache and sadness it does fit its holiday setting rather well.

In this dark comedy classic Dan Aykroyd and Eddie Murphy find themselves, in fact, trading places. Their prince and pauper situation is all part of a greedy bet between two wealthy scrooge-like brothers. Aykroyd is a privileged yuppie and Murphy is a poor street hustler, and after they forcibly change roles in life they team up to take on the Wall Street brothers who toyed with them. Besides the greed and life lessons, the film may not feel super Christmas-y but the story does take places over Christmas and New Year’s involving some pretty unusual and memorable holiday scenes. This feels like a bit of an underrated gem in the 80s comedy canon. It has such big leads, arguably in their prime, and a highly enjoyable supporting cast, most notably Jamie Leigh Curtis as a prostitute with a heart of a gold. Trading Places has all the sorta screwed up fun and misery of the holidays with all the hope of a new year.

This holiday classic is about a very special Christmas present gone awry. A young man receives a ‘mogwai’ named Gizmo from his father; this unique creature is adorable but has some strict rules. After an accidental screw-up the creature breeds some not-so-friendly gremlins that begin to terrorize the town on Christmas Eve. Though the film is an allegorical anti-consumerism tale, it is also just a weirdly enjoyable holiday adventure. Gizmo makes for perhaps the cutest hero of all time, while the gremlins create highly entertaining mayhem. Gremlins is able to blend a creature feature fantasy movie with the joy of Christmas so perfectly that a mogwai is still one of my dream gifts.

The only holiday special to make the list is the spectacular Christmas at Pee Wee’s Playhouse. Paul Reubens’ Pee Wee’s Playhouse persona is perfect for a holiday variety show. Only Pee Wee could successfully bring together this mix of eclectic and impressive celebrity guests including Cher, Oprah, Grace Jones, Little Richard, Joan Rivers, Charo and the recently departed Zsa Zsa Gabor. With lots of odd but humorous side gags and enjoyable musical breaks the special is jam-packed with quirky holiday fun. The show also does a pretty decent job of including various holidays and representing different religious denominations. Pee Wee Herman knows how to bring the holiday magic and excitement, plus it’s too goofy to not check out.

In this reimagining of A Christmas Carol, Bill Murray stars as a Scrooge-like TV exec. He has ruthlessly worked his way to the top but with everything riding on his big televised Christmas special he is faced with a moral dilemma in the form of three holiday spirits. Murray brings his usual snarky charm to one of his most notable roles but it is all the more elevated by a great supporting cast including Alfre Woodard, Bobcat Goldthwait and Karen Allen. David Johansen of The New York Dolls and Carol Kane also make two of the best Christmas ghosts in any Christmas Carol adaptation. Scrooged is weird and dark but it does do a fantastic job of lampooning holiday commercialism and the rampant amount of distasteful and cheesy holiday entertainment. For some the film may seem a bit too bleak for holiday viewing but in a lot of ways it is the best version of a modern Christmas tale. Maybe it is a bit blunt with its message but the heavy cynicism mixed with hope feels far more realistic, even among the high theatrics, compared to the many pure ‘mush’ holiday films. Watch Scrooged to really have a very Murray Christmas; although his recent holiday special has some charms and bright moments, this will always be the Murriest Xmas of all.

Christmas Evil is one of the most underrated and beloved Christmas horror films of all time. The pope of trash himself, filmmaker John Waters, describes it as “the greatest Christmas movie ever made”. After a bizarre Christmas incident in his childhood, Harry becomes obsessed with the holiday. As an adult his apartment is full of Christmas decorations all year round, he works in a toy factory and keeps a naughty and nice list of all the neighborhood kids. But during this particular Christmas, his obsession starts to grow even deeper. Beyond his unusual Christmas quirks, Harry is a bit of a misfit. So this year he decides to become the big man himself, Santa. Even though this is holiday horror it is actually one of the most Christmas heavy movies on the list; almost every frame screams Christmas. This campy B-movie subverts expectation and genre, becoming a twisted and honestly impressive character study. What the film lacks in gore it more than makes up for with serious psychological terror, Harry is obsessed and never has an unhealthy obsession seemed more disturbingly festive. 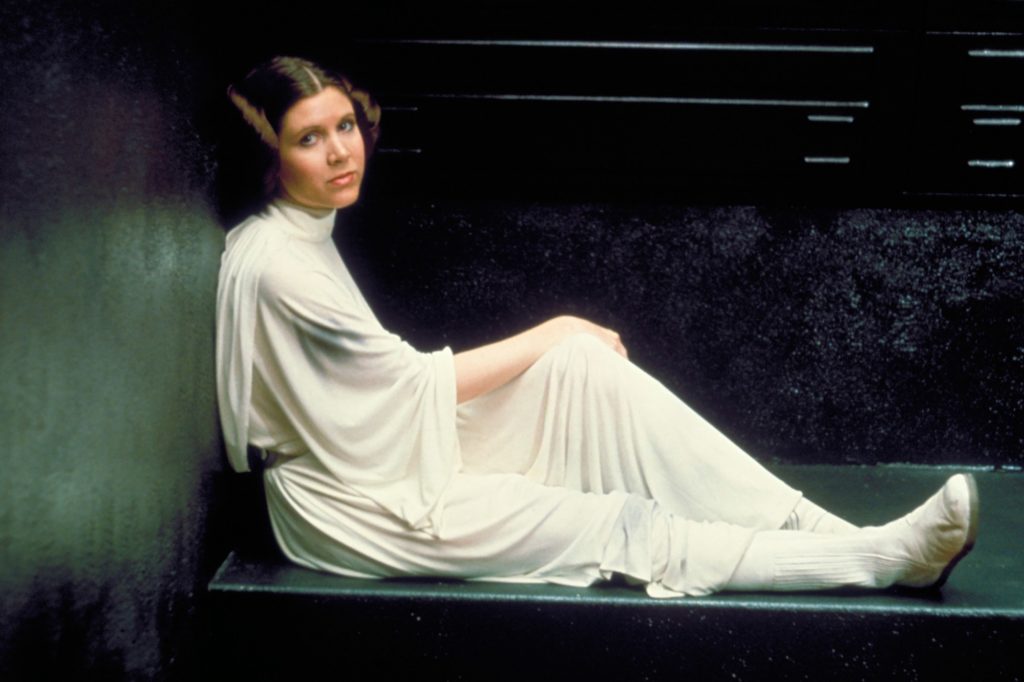