Written by Reegan Saunders on September 27, 2019

In a cloud full of free music access, we each have that one band that is undeniably our favorite. But how we came to love the music is a story in itself. Maybe you identify with a particular set of lyrics or maybe that one album connects you to a time when everything was okay. Maybe it’s the way the bass feels in your car as you drive to class. Or just maybe it’s because you think the drummer is hot. Now I want you to hold that feeling in your hands and take a look at it. You may think you love your favorite band, but nothing compares to being their manager, photographer and better yet, one of their best friends. 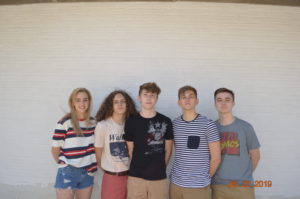 Tink and the Lost Boys is a five-piece band from my hometown: suburban Northville, Michigan. Residing thirty minutes outside downtown Detroit, the band has a variety of influences ranging from Billie Eilish to Velvet Underground. With their varying music knowledge and personal tastes, it makes it difficult to pin down their sound. Lead guitar Tristan Presley defines it as “uneven amounts of garage, folk and indie rock thrown into a mixing bowl with a quarter cup of feedback sprinkled in there for good measure.” The combination makes for an exciting collection of music.

Although the sound quality of their first EP, Wings, was not ideal, it became the foundation for the band’s career. This summer, the band released three new singles and a fresh take on their song “Who Turned Off the Lights”, which was originally featured on Wings. Their recent music offers improved sound quality thanks to professional recording and mastering, compared to basement recordings made on laptop software. Their new sound bounces between stripped-down acoustic rock music to the fuzz filled anthem that is “Detroit Blues”. 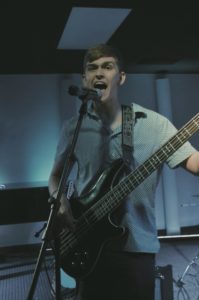 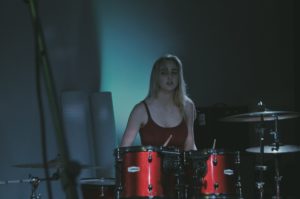 If you aren’t already hooked when you listen to the Lost Boys through the comfort of your headphones, then you’ll fall in love once you see them live. They make an active effort to ensure every performance is fun and engaging for the crowd. I remember during one of the first summer shows the band asked the audience to sit criss-cross applesauce for the first song, a cover of the White Stripes’ “We’re Going to Be Friends” and only seconds later blowing the roof off with “Fell in Love With a Girl”.

Not only are Tink and the Lost Boys solid at performing covers, but they deliver when it comes to their original songs. “Sentences” is a crowd-favorite, as lead vocalist Jack Fulton pours out into the microphone:

“Sometimes my mind begins to wander/And the pauses in my sentences get longer.” 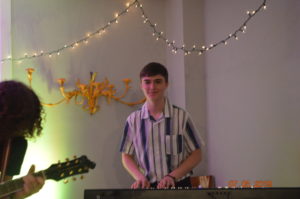 Later on, you might encounter vocalist and bassist Nick Fites bringing powerhouse vocals to a cover of My Chemical Romance’s “Teenagers”. Or maybe you experience Presley somersaulting toward you while managing to play the correct chords. And if you’re lucky maybe you’ll exchange smiles and eye contact with drummer Linnea Parsons or keyboard player Noah Muller. If anything you’ll end the night with fifty new friends and a sticker to go along with it.

Mac DeMarco energizes The Agora in his return to Cleveland 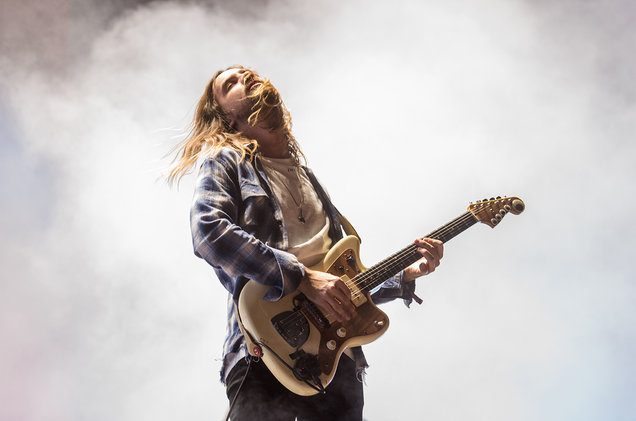