A look into The Front Bottoms’ Past

I would deem myself a pretty big Front Bottoms fan. I’ve watched too many live performances on YouTube, have almost seen them several times (I’m a broke college student with no car and a couple of odds and ends jobs) and have listened to all of their albums and EPs probably 100 times each (even Back on Top album, which is deemed their worst album and I totally agree.) However, last month I was in the car with two of my friends, driving to a Taco Bell, when my friend, started playing a song that sounded familiar. I knew from their voices and raw use of instruments that it was The Front Bottoms, but even though the lyrics sounded familiar I had no idea what song it was and what album it was from.
“What album is this from?” I asked him.
“I Hate My Friends,” he responded.
I was confused. I thought I knew enough about one of my favorite bands to know all of their albums and as far as I knew they had three, The Front Bottoms, Talon of the Hawk and Back on Top. I was very wrong.
Later when I got home I googled I Hate My Friends and figured out it was The Front Bottoms’ first album, but it was self-released. Here I am, a pretty avid music fan, blindly listening to albums on Spotify (again broke college student) not reminding myself often enough that there is more music than just “record label” released music. It is so easy for me to go to local shows around Kent and the Cleveland area, enjoy them so much, but then come home and open up my Spotify due to its convenience. Now, I’m not saying Spotify, or any music app, is bad, I’m just saying it’s good to remind yourself that the local music scene isn’t the only place you can find self released works. There are plenty of bands and artists that have “record label” released music, but started off creating self released titles, like The Front Bottoms.
In 2008, three years before their first label released album, The Front Bottoms released the album I Hate My Friends and the EP Brother’s Can’t Be Friends. Then, two years before The Front Bottoms, they released a second album called My Grandma vs Pneumonia. All three of these self-released works are phenomenal and let me tell you why.

I Hate My Friends
Best Song (not including the tracks that made it to the official albums): “You Wouldn’t be Laughing”

This album has 10 tracks and was more vocally driven than the officially released albums. While this might have been due to an obvious low budget, I personally think it sounds way more like The Front Bottoms, angsty, raw and heavily acoustic, compared to some of their officially produced albums. Three of the songs on this album, “Lipstick Covered Magnet,” “Twelve Feet Deep” and “Be Nice to Me” were later put on their EP Rose 6 years later. All of these very raw and minimal songs are beyond great, but I personally believe “You Wouldn’t be Laughing” is the track off of this album that takes the cake for being the best. You can tell Brian Sella’s voice is not produced at all and is carried with just a guitar and Brian Uychich, the key player and backup vocalist until 2010, for basically the whole entire song. That is until the very end when the last part of the song climaxes with police sirens, into the last chorus, which is played with an electric guitar and drums. 10/10 would recommend.

Brothers Can’t Be Friends:
Best Song (not including the tracks that made it to the official albums): “Somebody Else”

Brothers Can’t Be Friends is the only EP The Front Bottoms ever self-released. It has nine songs and including “Jim Bogart”, later re-released on their 2014 EP, Rose. Brothers Can’t Be Friends sounds like The Front Bottoms went to a small pub and performed the whole EP. It sounds very personal in the best type of way, and so do the lyrics. The best song off this EP, in my opinion, is “Somebody Else.” “Two times in one night, two nights in a row,” is just one line from this very emotional and raw song that is very lyrically driven, but is also carried by guitar, electrical guitar, drums and the keys at some points within the song. The song is everywhere, but in one place at once and that’s why it is so killer.

My Grandma vs Pneumonia:
Best Song (not including the tracks that made it to the official albums): “Christians vs. Indians”

This 2nd self released album has 13 tracks which includes “Flying Model Rockets” a track that was put on their EP Rose in 2014, five years after it was originally released on this album.
Out of these three self released works I can 100% say I think this is the best, self released and officially released album from The Front Bottoms. Each track on this album has its own feel music and lyric wise. Each songs’ lyrics tell a whole story, and not just snippets like they often give. With each track on this album I feel like I could hear a beginning, middle and end and it was fantastic, it was great. It was a story that I didn’t want to end. This goes the same for the music. Sometimes it tends to sound the same, instrument wise: a fast beat with heavy acoustic guitar and drums, casual loud noises in the background every so often. However, on this album each track has something new to it. Whether the audio on a track had echos and overlays to it (the original “Flying Model Rockets”) or music not from instruments (“Christians vs. Indians”).
This album’s best track would have to be “Christians vs. Indians” for me. While I have described these self-released works as being great because they weren’t heavily produced this song sort of creates a genre of its’ own. It starts out very heavily produced with computer music, then the drums soon follow, being the foundation that holds Brian’s voice instead of the guitar like most of their songs. The lyrics for this track seem to have several layers of meaning and could be analyzed, by me at least, for a long time.

So I’ll just leave you with this lyric, “And it’s a bootleg copy of a movie I’ve already seen. I’ll probably leave before the ending.” 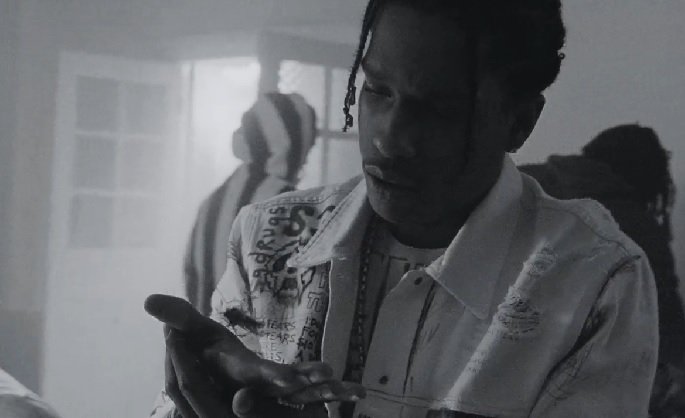