I don’t ordinarily review shows that happen at The Workshoppe for a couple reasons. One being that I book shows there, another being that my band plays and practices there, and a third that it’s my home away from home. I’m thoroughly conflicted and entangled, but the website was sorely lacking Workshoppe articles and I objectively believe our space is crucial to local and touring music in Kent.

For those who don’t know, The Workshoppe is an all ages DIY space a couple blocks from campus in the basement of a garage. It’s a mix of true DIY spaces like Blank Slate in Elyria or HiveMind in Akron and house venues, but embodies the Safe Space ideology that keeps our DIY circuits safe and fun for all people (for the most part).

As it happened, the particular show I was assigned to review was in the top tier of all shows I’ve attended there.

After a short-notice drop, Cold Keys filled the proverbial and literal void with his groove-laden house act. Cold Keys is one of many diverse side projects by Dominic Dulin (SAP, Red Anenom, Avant Guard, Mr. American Night), clearly evident as he laid out samples and thumping bass lines in his crust punk gear, including a hand-painted Phobia patch that I was loving.

Though he played directly from his phone into the PA, his sensual dancing and presence of a GameBoy had the crowd intrigued and dancing their buns off. I’m not gonna pretend to know anything about house music or electronic music in general, but I liked what I heard- the layering and combining of distinct sounds built up an effect similar to that found in drone, post-rock and post-metal. It lulled at times, but bored and repeated itself at others. It was the right combination of dancy and goofy to start the night off right. 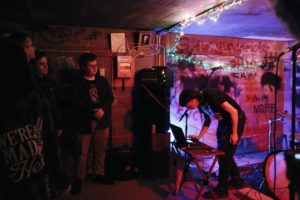 The second band on the bill was the almighty Flipcoin from Medina, Ohio. I’ve played with them two or three times, and I’ve seen them about twice that. Their one-two punch of Candy Apple Grey and Heart of the Sunrise results in a PWR BTTM-esque, wholesome brand of math rock. And math rock without being overly convoluted or cerebral, proving that they truly are a band for everybody. 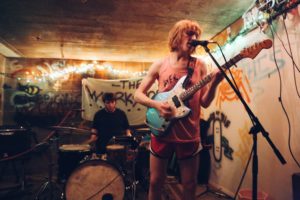 Ben Wolgamuth and Tom Fulton also just released two new EPs, Flipcoin Red and Flipcoin Blue, which features the bombastic track that they wrapped their set up with, “As I Was Saying Before”.

The headliner for the night was Half an Animal, the Kent-formed, Cleveland-based trio of synth, drums and vocals. Their set was mindbogglingly amazing, utilizing an abundance of reverb pedals, loopers and drum pads. 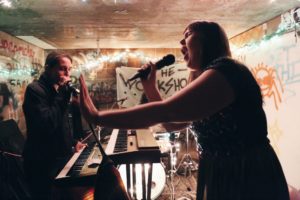 They just fucking slayed with their theatrical take on synthy indie pop, inciting dancing, moshing and everything in-between. Marcia’s vocals sounded maybe like She & Him, maybe like Pleasure Leftists, maybe like Makthaverskan, but were definitely rooted in the sticky-sweet fem vocals of my sister’s childhood CD collection.

I mean, they truly blew me away- and it’s almost not worth describing their set as anything besides a time out of time where everything felt very pure and fun. I was given a tambourine at some point during the set, and played it to the best of my ability. Crowd interaction can be really cringey, but the forces that be were in full effect in the band and the crowd drew off each other’s energies. 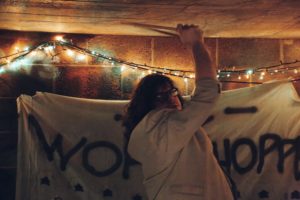 The singer, Marcia, brought her own wireless mic (wired are standard), and that allowed her to go all over the place and dance with a blue lamp we have down there. Again, very theatrical and invigorating.

Most DIY shows are an emo band or a punk trying to be cool or fashionable or whatever, but Half an Animal was just extraterrestrial blissful fun. I can’t overemphasize the amount of pure fun and goofiness that they put out – it made for an extremely cathartic set. 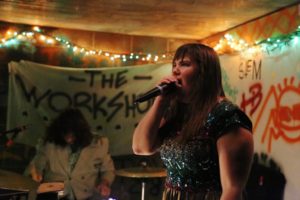 Pure, sweaty fun. Fun for everyone. We’ve had bigger bands like Homewrecker and Sweepyheads at the Workshoppe, and Half an Animal could give either a run for their money in their live shows.

Half an Animal just put out their first album after four years of being together, How Can You Love What Is Perfect, which is a strong recommendation. You can catch them on May 6 at HiveMind in Akron if you’re a local, otherwise keep a tab on them for more shows. 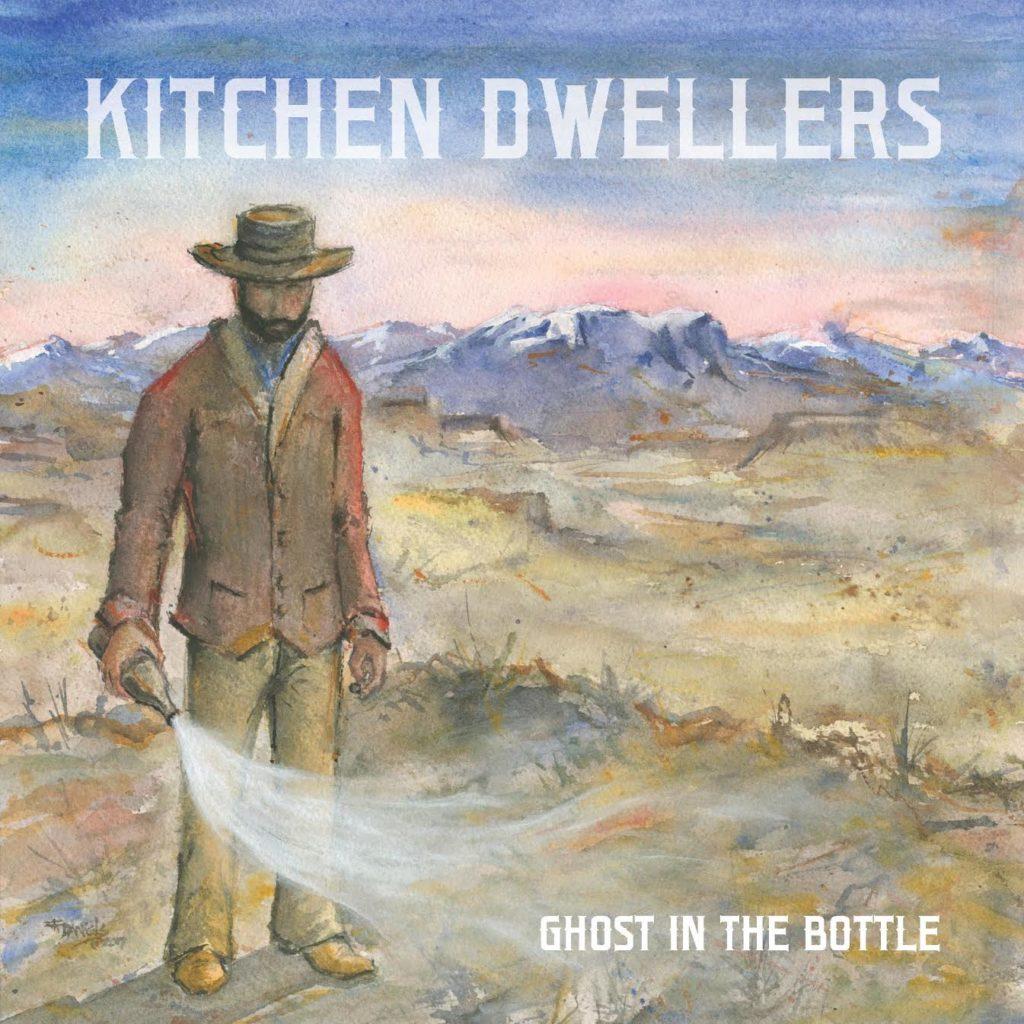