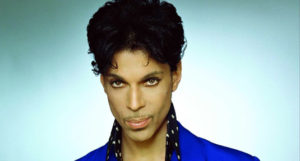 Both Photos Courtesy of decktrendses2016

A look into Prince and his past

When David Bowie passed away at the beginning of this year, the entire world mourned the loss of a truly great musician and superstar. When we lose someone like that in the entertainment world, we sometimes make a mental list of all the other entertainers that we’re glad are still around. Personally, Prince rested at the very top of my mental list. So when I heard the news of his death, I couldn’t help but make that same list, but this time with it missing one of the brightest lights in the industry.

So how does one write about a legend? How can you fully understand the weight of this loss? In my humble opinion, I believe that it’s a loss that will not only be felt in the music industry, but in the way that the Earth sounds to everyone. For over 30 years, Prince has taught us that it’s not about how music can influence our lives, but that it’s really about how our lives can influence music. With his vocal range and production abilities, he was able to foster a sound completely unique – and to be honest, unique has become harder to find in recent years. In this article, we will be taking a look at some of his greatest songs, videos, and collaborations – and why they will be remembered long after his death.

“I Wanna Be Your Lover”
This was the first top 40 hit for Prince, and soon gave him the new title of sex symbol. Prince finally got some success with this hit in 1979, after the release of his first album For You did not produce any hit singles. In the music video created for the hit single, Prince is pictured wearing typically feminine attire like hoop earrings and a low cut v neck shirt. Though other entertainers before him had stretched the lines of sexuality, it was Prince that ultimately became the metrosexual sex symbol.

“Little Red Corvette”
This song is from Prince’s second album 1999 that sold over a million copies and dominated the charts. The cover of the album features a trojan horse – Prince’s clever way of referencing condoms without actually directly talking about it. I particularly like this song because the lyrics are some of the best from Prince, in my opinion. When he says “I guess I must be dumb // ‘cause you had a pocket full of horses // Trojans and some of them used,” you can tell that he means business. This song is the right amount of naughty and nice, heartache and sexual frustration.

“When Doves Cry”, “Darling Nikki”
Prince stars in Purple Rain and releases the soundtrack in 1984, selling 13 million copies worldwide. This is my favorite album because we get to see Prince bring the songs alive in the film. “Darling Nikki” is perhaps my favorite song by Prince because he paints such a great picture of sexuality and mystery all trapped in the perfect composition of the song. I also had to include “When Doves Cry” because it’s an absolute masterpiece.

“Trust”
This hit song is taken from the Batman soundtrack that was exclusively written and performed by Prince. Over the years, Batman has undergone many wardrobe and personality changes. Without a doubt, the Batman that Prince helped create in 1989 is still considered one of the best. Many believed that Prince truly understood who Batman was and what the character represented. I think that this was in part because both Batman and Prince both looked to the darker muses in their lives for inspiration. Vicki Vale, Batman’s love interest in the film, is one of these darker muses – Prince even sings about her in “The Arms of Orion.” This album gave us a peek inside of the mysterious love life of Prince. Through the songs, we can imagine how Prince could love his muses but that they would only remain like that for him because the stage was his only true love. Prince’s soundtrack set the stage for many other artists to create truly fantastic, insightful soundtracks that weren’t just based around the movie.

Grammy Performance of “Purple Rain”
In 2004, Prince performed a medley of songs with Beyonce and reminded the entire world that he was still the king of funk. This was near the beginning of Beyonce’s fame as a solo artist and she was just beginning to hit her stride when this performance shed an even bolder light on her talent. It was clear that two superstars were on the stage that night. This is also the year that he is inducted into the Rock and Roll Hall of Fame.

“Song of the Heart”
Prince wrote this song for the movie Happy Feet in 2006, which earned him a Golden Globe. This song takes a little more of serious stride but still maintains the level of funk appropriate for a song in a children’s film. I enjoy this song because it shows Prince’s amazing range and depth of understanding – not just for music, but for the vast array of human emotion.

2007 Super Bowl Halftime Show
I can actually say with complete honesty that this was the only time that I sat down for a televised football game in my entire life – anything for Prince. This halftime show is the one that has really stuck with me – and maybe that’s because for the first time the combination of sports and music was not off putting. This is a performance that really speaks for itself.

So, there you have it. These are some of my very favorite performances and songs by Prince. I believe that Prince was able to reach so many of us because he is one of us – struggling to make others see us for who we really are. While this loss is surely an incredible one, I hope that we can all stick to remembering him as the innovative and insightful performer that he was – I know that I will.