Season four of Netflix’s hit award-winning political drama House of Cards is now available for streaming. In case you forgot the political atrocities committed in Seasons 1-3 or you haven’t even watched one episode, have no fear. We here at Black Squirrel Radio are ready to get you up to speed on all of the horrible things that protagonist Frank Underwood has done over the past three years.

Since it’s usually the best place to start, we’ll do so at the beginning. At the start to Season one, Frank Underwood is the majority whip for the Democratic Party in congress, with a reputation for being a cold hearted bastard who can get things done. In the 2012 presidential election, it was Frank who rallied support for Garrett Walkers’ nomination to be the Party’s nominee. For this huge undertaking, Frank was promised a seat in Walkers cabinet when and if he was elected President, specifically promised to be the next secretary of state. After Walker wins the election, things don’t turn out this way with Frank being snubbed for the position in favor of Senator Michael Kern. As I mentioned before, Frank Underwood is a coldhearted bastard and being such, he didn’t take this betrayal lightly. With the help of his wife Claire, Frank dedicates all of his time and resources to sabotaging Walkers’ administration and claiming power for himself. Frank begins his campaign of revenge by getting involved in a mutually beneficial relationship with up and coming journalist Zoe Barnes. Frank feeds Zoe stories about political rivals of his in order to not only get a leg up on his competition but destroy them politically in the process. Zoe in turn gains notoriety from the articles she’s writing and is able to quickly ascend the ranks at the Washington Herald.
Part two of Frank’s master plan involves using Pennsylvania congressman Peter Russo (who is known for being a drunk and associating with prostitutes) as a pawn to help secure the vice presidency for himself. Frank helps Russo clean up his act and uses his influence to set up a campaign for him to run for the vacant seat of governor of Pennsylvania as the Democratic Party’s candidate. Jim Matthews, the former governor, left the seat open due to being tapped for VP by Walker. Just when Russo’s campaign is taking off; Frank pushes him back into his old vices and he loses any chance of becoming governor. Frank does this so that Matthews, the former governor, will run in Russo’s place and leave the seat of Vice President vacant. Shortly after Russo’s planned relapse, he decides he wants to rescind his ways and confess to all his wrongdoings. Frank sees this as a potential disaster for himself if Russo drops his name and decides that he can’t let this happen. Frank then proceeds to murder Russo and make it look like a suicide. He does this by leaving him unconscious in a parked car with the engine running inside of a garage. In the wake of this terrible “accident”, Jim Matthews decides it would be best if he vacated the seat of VP and ran in Russo’s place for his old gig as governor of Pennsylvania. This calculated chain of events leaves the door open for Frank to become the Vice President of the United States.

With Frank Underwood now, as he describes it “one heartbeat away from the presidency”, he really has a chance to get things done. His first order of business is to do away with Zoe Barnes, the journalist from Season 1. By this point, Zoe has grown suspicious that there were signs of foul play in Russo’s death and is starting to suspect that Frank had some part in it. Frank arranges a secret meeting with Zoe at a subway station. The two chat for a couple minutes before Frank proceeds to throw her in front of an oncoming train. As one might guess, this causes Zoe to die. With the meddling reporter out of the way, Frank can move on to more pressing matters. He needs to be replaced as whip of the party and endorses Congresswoman Jackie Sharp for the position in return for her unwavering loyalty to him. This becomes important later on so don’t forget about it.
Remember how Frank was snubbed for Secretary of State at the beginning of Season one? Yeah, so does he and he’s not planning on letting Walker get away with it either. Frank uses Walkers’ close friendship with billionaire Raymond Tusk to his advantage when he discovers that Tusk has been involved in a political money laundering scam with Chinese elites which benefits everyone who Tusk endorses. This includes President Walker even though he has no clue that any of it is going on. By pulling some strings, Frank forces all of this to go public and Walker is caught in the middle of the biggest scandal in Presidential history and doesn’t even know a thing about it. When the shit hits the fan, Tusk throws Walker under the bus to save his own ass. Did you forget? Good, because I told you it would come back to be important. Frank secretly calls on Jackie to help whip Democrat votes for the impeachment of Walker. With his impeachment looming, Walker is forced to resign as President of the United States. Poor guy just wanted to be the leader of the free world, but, I guess that’s what happens when you cross a sociopath like Frank Underwood and expect to get away with it. Oh yeah, I guess by order of succession that would make Frank the new President. That’s right; the guy that no one voted into office and murdered multiple people is now running the country.

Season three starts off early on into Franks term as President. Frank has very low levels of support in his party, which is no doubt due to the circumstances under which he gained power. Party leaders tell Frank that they would rather not have him run in 2016 and are planning on going in another direction with their candidate. That direction is nominating Solicitor General Heather Dunbar. Now Frank, who just sees this as another obstacle to overcome, must deal with this and his marital troubles at the same time.
Frank’s wife Claire is getting restless with the fact that she stood by Frank’s side through all the shady dealings of the last couple years and watched him ascend the ladder of power and has nothing to show for it. To ease her qualms, Frank appoints her as U.S Ambassador to the United Nations. Frank and Russian President Viktor Petrov are engaged in talks about how to bring peace to the Middle East, with each president trying to get a leg up on the other throughout the entire season. Claire’s ambassadorship goes sour when in an obvious power play; the Russian government makes her fall for a military ruse of theirs which has disastrous results for Frank’s administration. This opens the rift between Frank and Claire that has been growing all season even wider. In the finale of Season 3, Claire’s quest for power and Frank’s animalistic desire to secure the nomination of his party come to a head in the White House one night. The two get into a heated confrontation about the direction they’re headed in. Frank even goes so far as to tell Claire, “Here is the brutal fucking truth. Without me you are nothing.” The next morning when the two are set to head out to New Hampshire on the campaign trail, Claire tells Francis that she is leaving him. The credits roll and three seasons are in the books.

That wasn’t so bad, was it? Now you’re all caught up and ready to ignore your real person responsibilities and binge watch House of Cards: Season four in one day. Thanks for reading! 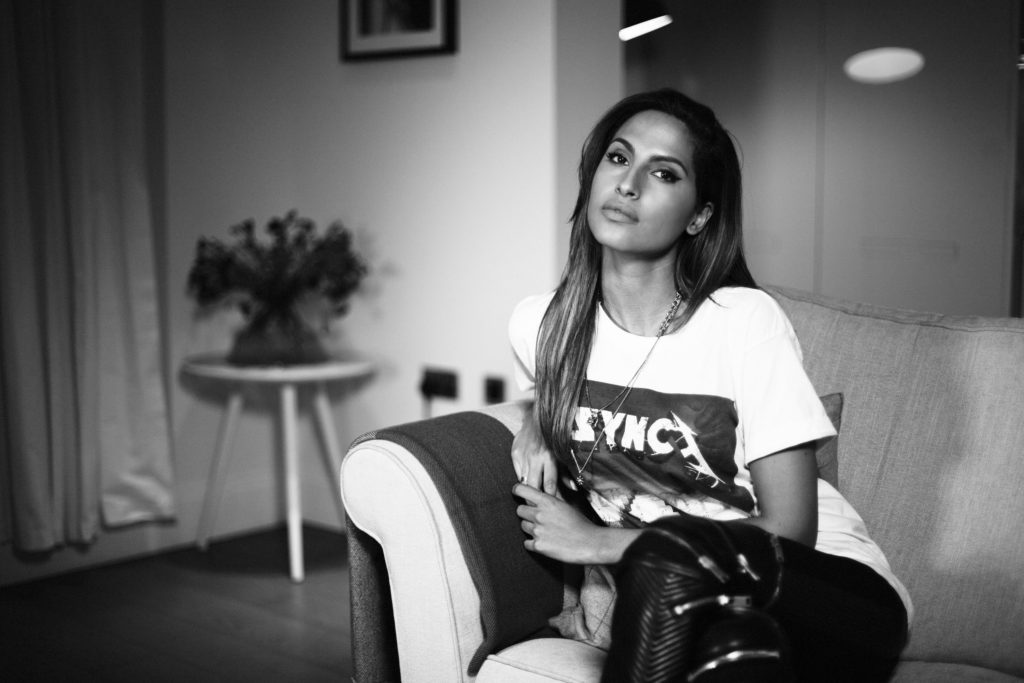 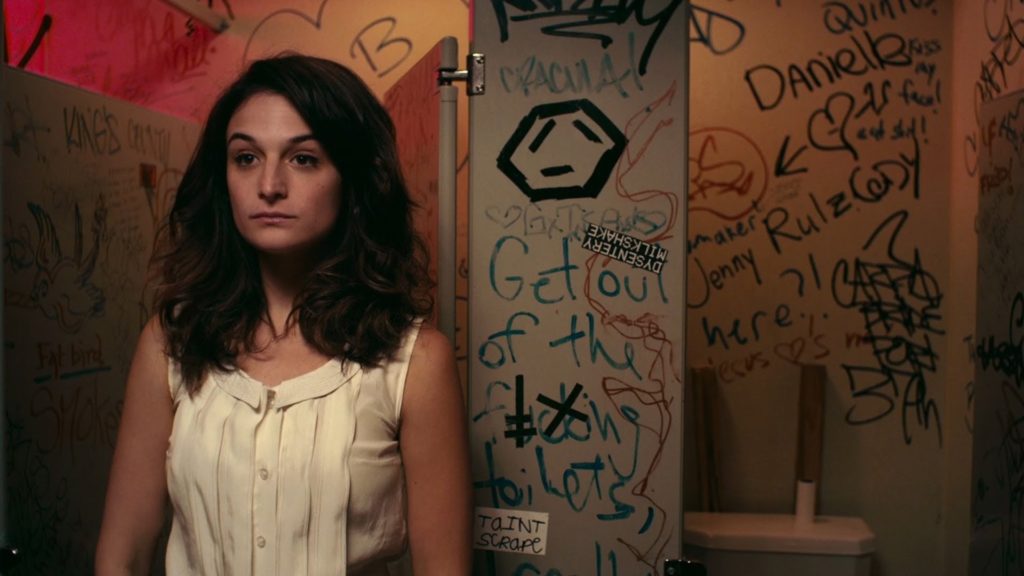