To say I was hyped for this show would be a serious understatement. The last time Canadian punks PUP came to our local concert city of Cleveland was for the BravoArtist Snowded in Fest at the tail end of 2017. Unfortunately, I was unable to go, which depressed me when thought of for the next year and a half. Once I saw that PUP had a Cleveland date on the tour for their most recent album “Morbid Stuff”, I essentially threw my money at my computer screen, so I could go see this show.

Due to the show being after the finals plague that sweeps Kent State for about three weeks in late April/early May, my original partner in crime wasn’t able to go to the show with me. I instead dragged my claustrophobic and concert inexperienced boyfriend to a sold-out Cleveland punk show, which was a culture shock to him. As a purple heart concert veteran however, I helped him through the show and the ear ringing that followed when the show was over. We arrived about twenty minutes before the first opening act, Casper Skulls,  cause I might be punk but I am also punctual. 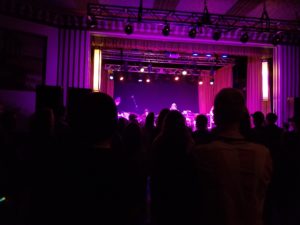 I was not familiar with Casper Skulls before I saw them live at this show, but their guitar work immediately had a Sonic Youth quality as soon as I heard it, not in the spiraling and sharp accents that sprung out of their guitars, due to the stabs from screwdrivers. Instead, Casper Skull’s borrowed Sonic Youth’s use of uneven harmonies, which are often on complete opposite ends of the scale and melt together perfectly once layered over top of each other. It was ear-attracting, due to its oddness and its surprising melodic quality.

The vocals were also very contrasting with the sonics of the music, more Mazzy Star or dream pop like as opposed to the normal indie rock vocals. Overall, I was enjoying the jagged yet gauzy sound. However, the one critique I had about their performance was their huge lack of stage presence. Whether this was due to nerves or exhaustion to the touring schedule, Casper Skulls were lacking in the stage presence and audience interaction, which the other two bands had in abundance. 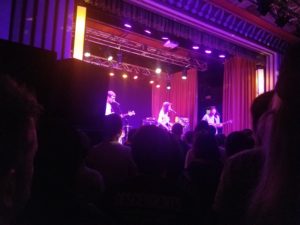 Ratboys were a band I was already familiar with, due to my ever-present use of the Spotify discover weekly feature. Hailing from Chicago, this duo writes songs such as “Elvis is in the Freezer” and “Crying about the Planets”, zany songs with a tinge of despondency bubbling under the surface. They had a similar energy to another duo, Diet Cig.

However, while Diet Cig wears their emotions across their chest with patches and safety pins, Ratboys keep their misfortunes hidden. They kept it underneath, pounding over the heartbreak with animated drums and fizzy, ariose guitar work bounding along for the ride. Their animated and goofy stage personas, especially from lead singer Julia Steiner, added a lively aspect for the audience to respond to and chuckle at.

She made losing your cat and pondering about the purpose of the entire human existence seem absolutely hysterical. During their set, Beachland’s disco ball started spinning around, decorating the room in small white rotating squares, the cherry on top of a great performance.

Now, I was preparing for the mosh pit to ensue when PUP would appear on the stage. The dropping of the banner with the Morbid Stuff artwork alone made the crowded ballroom erupt with rooting, making the room buzz with frenzy.

Once the irregular game show music came over the speakers and PUP walked out on stage, hysteria came over the room as the mosh pit began to form in a testosterone scented oval in front of the stage. PUP then immediately charged into “Morbid Stuff”, I threw my purse at my boyfriend and bolted into the swarm of 20 something dudes. 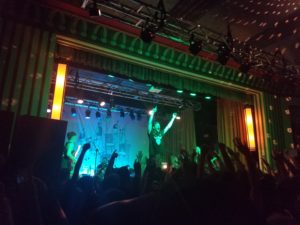 It turned out to be the most violent mosh I’ve ever been in, having to elbow dudes away who hit me in the neck, getting almost squished like a small grape a couple of times and almost having to punch one dude who hit me beyond the level of acceptable. I also consulted with a guy with a huge forehead gash while getting water in the back room. Despite this, it turned out to be one of the most fun concerts I’ve ever been to.

PUP was phenomenal and they exceeded my expectations for how good I’d thought they’d be live. It’s hard not to talk about it in super simplistic terms or with an elementary attitude; it was just that f***ing good. PUP’s ferocity never ceased the whole set.

In fact, it actually seemed to grow in size over the course of the whole night, especially on “Full Blown Meltdown”, when lead singer Stefan Babcock threw his guitar down, grabbed the mic and screamed his heart out before launching into the crowd for the second out of three times that night. This was also 12 songs into the 15 song set, which was impressive to me. The security was also non-existent which allowed many people, myself included, to get onto the stage and launch off into the crowd the way Babcock did.

PUP put on the perfect punk show, coming out onto the stage, playing like an imploding star, putting down their instruments and leaving without a trace or an encore. The setlist was also a perfect collage of all of their greatest past triumphs and new amazing material. I left the show, sweaty, covered in other peoples beers, but still exhilarated. 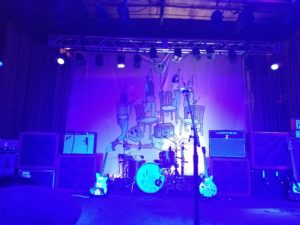 PUP at the end of the show

The Nelsonville Music Festival Through My Eyes 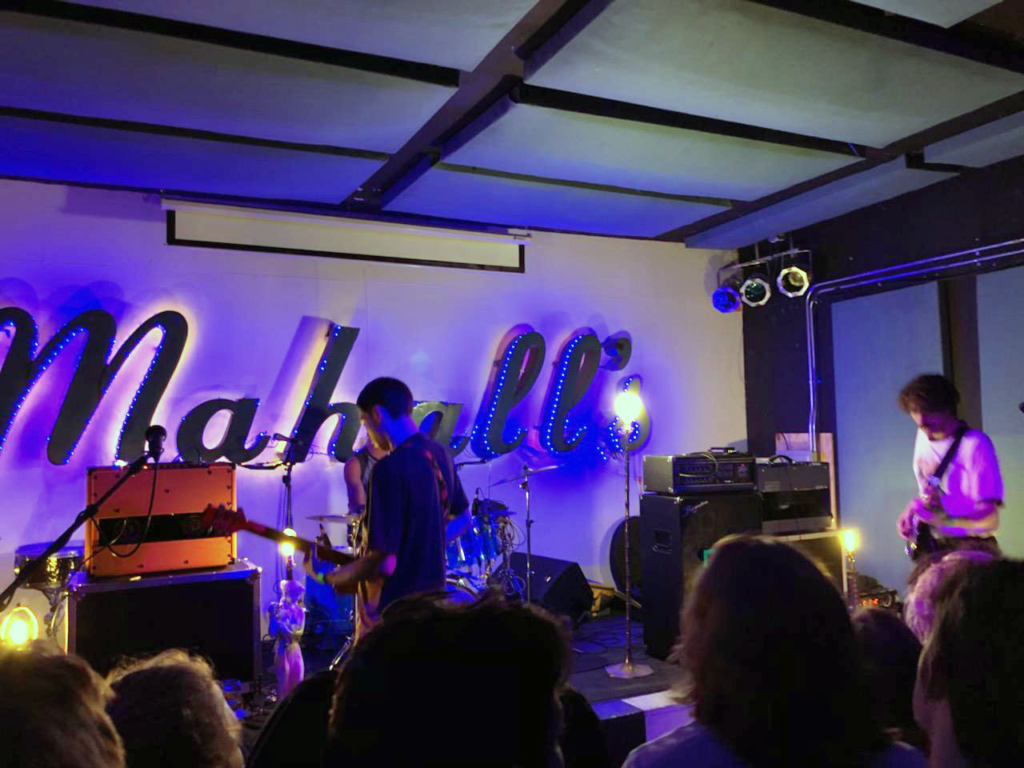