NFL Picks Against The Spread: Week 1

Written by Brandon Lewis on September 5, 2019

The 100th season of the NFL kicks off tonight with the Green Bay Packers taking on the Chicago Bears in Chicago. While I do think Chicago wins the game, there are some games on the docket in Week 1 that I disagree with Vegas on.

Both these teams are looking for a rebounding season, and I think only one of them is going to do so; the Falcons. I trust Matt Ryan. I like their offensive skill position players with Devonta Freeman, Julio Jones, Calvin Ridley, Mohamed Sanu and Austin Hooper. I think the offense will be improved this year with new offensive coordinator Dirk Koetter at the controls, and head coach Dan Quinn taking over the play calling on defense, a side of the ball that should be a lot healthier for the Falcons this season.

I think the Falcons are back with a vengeance this year, and they kick it off with a win down in Minneapolis. While I think the Vikings have a good team, I don’t trust them situational, and I don’t trust Kirk Cousins whether it’s at home or on the road in close games, and I expect this game to come down to the last possession.

This game is an intriguing game to me because it’s between two franchises who are trying to find their identity. For San Fran, their big question is Jimmy Garoppolo. If he can stay healthy, the Niners can compete for a playoff spot.

They have a ton of backs, so the loss of Jerick McKinnon shouldn’t hurt them. I like the addition of Kwon Alexander. I like their secondary and defensive line, and while their wide receivers are young, they should grow up throughout the season. Not to mention, I haven’t even mentioned George Kittle, one of the best tight ends in the league!

For Tampa Bay, their big question is former No. 1 overall pick in 2015 Jameis Winston. New head coach Bruce Arians has a full year to figure out if Winston is his guy moving forward. The Bucs have a ton of talent on offense led by Mike Evans and O.J. Howard, and they have a great defensive line, but they don’t have the greatest secondary. However, I do think rookie linebacker Devin White makes an immediate impact on this team.

This game is truly a toss up. I’m going to say Tampa Bay wins at home because Jimmy G will not be sharp to start the year, and that will be Kyle Shanahan and company’s downfall Sunday.

The first pick in the 2019 NFL Draft Kyler Murray, his new head coach Kliff Kingsbury and this new look Cardinals team make their anticipated debut Sunday against the Lions, and I expect it to go well. I think Matt Patricia will be caught off guard by the Cardinals offense, and I think Murray makes a statement in Week 1 that he can play in the NFL. This game feels a lot like the Eagles-Redskins opening game in 2013 when Washington wasn’t ready for Chip Kelly’s college style offense.

We don’t know what Kingsbury is bringing to the NFL, and that’s why I can’t wait to see it unfold. I also don’t trust the Lions as they just seem to me like an organization that pays people, and then those people don’t play well. There a mediocre team, and a  good team for Murray to show off against.

I know this is the Saints on Monday Night Football in the Superdome, but I am surprised with how many points Vegas is giving the Saints. Vegas is saying the Texans have no shot at this game, and that could not be further from the truth. Did Vegas forget what happened in the NFC Championship Game last season?

The Saints are still obsessed over that call, and that will be their undoing this season. Trust me, they will start off slow. You can’t lose two straight years in the playoffs in two completely different devastating ways, and then come back the next season like nothing happened. As a matter of fact,  if Alshon Jeffrey didn’t drop that pass, I believe my Philadelphia Eagles are heading to LA, and the Saints are watching the NFC Championship from their couch… I still like you Alshon!

This is not me hating on the Saints; I actually like them as an organization and team, but there just not as good as people think they are. Besides Michael Thomas and Alvin Kamara, Drew Brees, who is in decline at age 40, does not have weapons. Latavius Murray is nice, but he’s not as much of an enforcer as Mark Ingram was. I don’t think the Saints defense will be as good as last year. It’s just a sneaky suspicion.

Then, you got the Texans. After the multiple trades they executed over the weekend, they now have Deshaun Watson, Deandre Hopkins, Will Fuller, Kenny Stills, Carlos Hyde, Duke Johnson and Laremy Tunsil on the line. Yes, they gave up Clowney on defense, but they still have a monster in J.J. Watt and an underrated pass rusher in Whitney Mercilus. I’m higher on Houston than most this year, and I think they finally avoid a slow start by going into New Orleans and shocking the Saints and most of the NFL world, except for me and Texans fans. 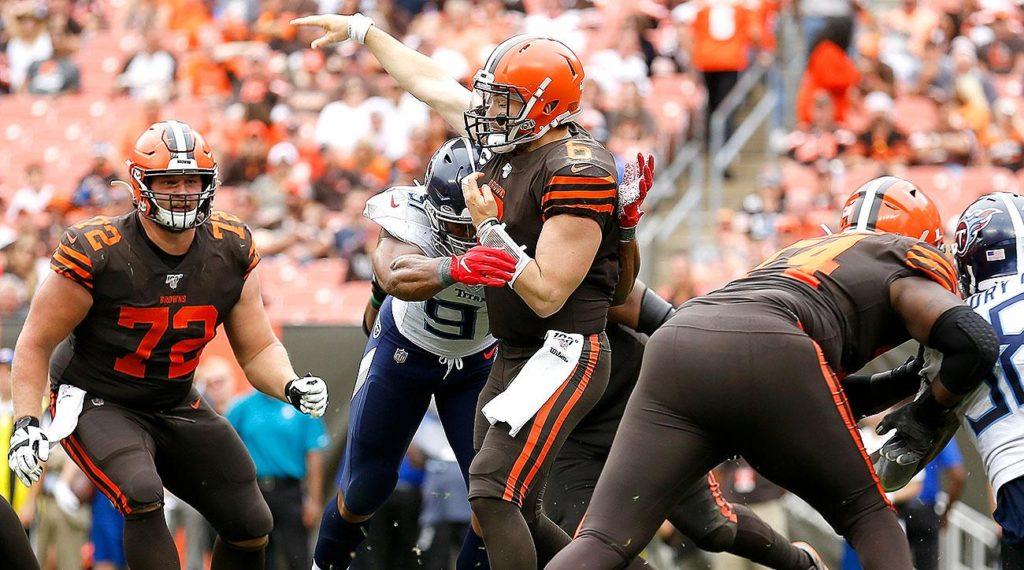