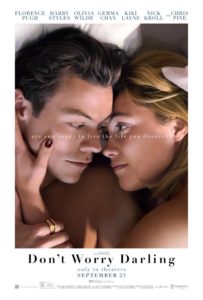 Before seeing Don’t Worry Darling, I didn’t know a thing about a thing. I did keep up with the behind-the-scenes beef between Olivia Wilde, Florence Pugh, and Shia LaBeouf and wondered whether or not Harry Styles actually spit on Chris Pine during the film’s premiere at Venice, but the trailer was vague, and to me, the actual plot of the movie was completely unknown. If you’re the same, if the most you inquired into Don’t Worry Darling was looking into #Spitgate, I urge you to remain in the dark. This makes the movie all the more surprising.

Don’t Worry Darling, directed by Olivia Wilde, is a psychological thriller following 1950s housewife Alice Chambers, played by Florence Pugh, as she lives in the creepily perfectcompany town of Victory, California, and throughout the film Alice discovers the eerie secret being kept by the town’s founder. The cast is embellished by stars Harry Styles, Chris Pine, Olivia Wilde, Gemma Chan, and Nick Kroll, and I found their performances outstanding. But not just the acting stood out to me, so did the plot, music, and cinematography, and together these factors created an atmosphere both equally jarring and memorable.

Throughout the film, something feels wrong, but you just can’t quite place what it is. As Alice picks up on the sinister nature of Victory, so does 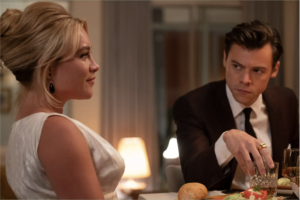 the audience, and Wilde portrays this through intermittent flashes of creepy imagery, repetitive sequences of scenes, and odd, almost secretive expressions exchanged among characters in on the Victory Project. Nothing feels believable, and you don’t know who to trust or what’s right or wrong. The music is haunting, suspenseful, and climatic, and the progression of Pugh’s performance from complacent to deeply distrubed adds to the sinister mood.

What I liked most about the movie was the movement everything clicked, or more specifically, the moment you realize that Victory, California is entirely

fake and that Alice is being held by Jack against her will. Wilde supplies fragmented pieces of the story throughout the film, and once Harry is made ugly, or it becomes apparent that Jack is actually an unhinged incel of a man, everything makes sense, and you can put together what Don’t Worry Darling is actually about.

Alice’s escape effort and falling apart of Victory, California is empowering, and I like how we never really learn what happens to Alice after she makes it out. The film starts quickly, gains momentum, and ends with nothing besides the sound of Alice waking up. Being left in the dark reinforces the idea that every woman’s life is her own, and it’s her own privilege to live and observe it.

Skeptics claim Don’t Worry Darling is full of too many unanswerable questions and plot holes, but I think that’s the point. It felt disjointed, but so was Alice, and it felt unbelievable and flimsy, but that was the exact nature of her world. Sometimes the point is for something not to make any sense, and Don’t Worry Darling is definitely confusing.

So if you haven’t seen Don’t Worry Darling yet, take yourself out and treat yourself to something jarring and suspenseful, but also worthwhile enough you’ll want to see it again as soon as it’s over. 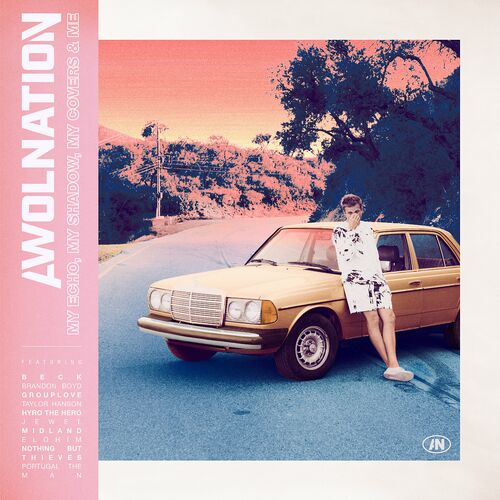