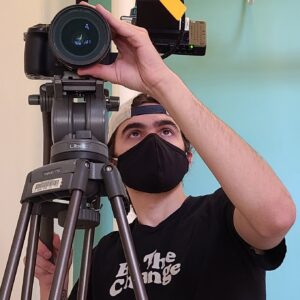 General Manager Hi, I’m Zac Max. I’m a senior at Kent State University majoring in Journalism and Film with a minor in Creative Writing. As General Manager I make sure that Black Squirrel Radio runs as smoothly as possible. In addition to my duties as GM I host a vinyl-only music and music history radio […]

Production Director Samuel Teyssier is an aspiring film director pursuing a degree in Digital Media Production at Kent State University. Samuel’s student media career began as an undergraduate student where he created the film talk show, “FilmWeek” and has remained with BSR since. In addition to his role at BSR, Samuel serves as the Head […]