Production Director
Samuel Teyssier is an aspiring film director pursuing a degree in Digital Media Production at Kent State University. Samuel’s student media career began as an undergraduate student where he created the film talk show, “FilmWeek” and has remained with BSR since. In addition to his role at BSR, Samuel serves as the Head of Organization Outreach at Kent State Independent Films. Since earning the rank of Eagle Scout in Pittsburgh, he has been passionate about raising community awareness on environmental issues and supporting alternative forms of art. His spare time involves writing screenplays, experimenting with new software, reading a great story, and filming anything. With his work, Samuel intends to offer a microphone to usually ignored and silenced groups.
My Tweets

General Manager blewis47@kent.edu My name is Brandon Lewis, and I am the General Manager of Black Squirrel Radio. My main job is to ensure the day-to-day operation of BSR is running as smoothly as it possibly can be, including supporting various directors in their department efforts. In my free time, you can find me watching HGTV, […]

Design Director bsrmusicdepartment@gmail.com Brittany Miller is a senior at Kent State University studying Visual Communication Design with a minor in User Experience Design. She has been involved with Black Squirrel Radio for 2 years as a Design Coordinator, an RJ, and a web staff writer. She is also a designer for Brainchild Magazine through the […] 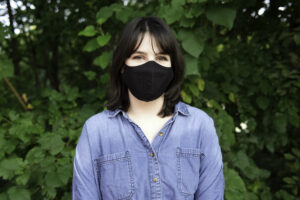 Web Director Grace Marie Burton is a sophomore journalism major. Aside from Black Squirrel Radio, she also works for The Burr and other independent publications. She’s a pop culture junkie with a deep love of music and writing about it.