Amanda Rabinowitz has been a reporter, host and producer at WKSU since 2007. Her days begin before the sun comes up as the local anchor for NPR’s Morning Edition, which airs on WKSU each weekday from 5 a.m. to 9 a.m. In addition to providing local news and weather, she interviews the Plain Dealer’s Terry Pluto for a weekly commentary about Northeast Ohio’s sports scene. Last year, she started a weekly radio segment focusing on Northeast Ohio’s music scene, called Shuffle.

Amanda has been honored by the Radio-Television Digital News Association with a national Edward R. Murrow Award for sports reporting for her story about painkiller addiction in college sports. She’s also been recognized as “best anchor” by Associated Press of Ohio and has won awards from the Press Club of Cleveland, Ohio Professional Writers and the National Federation of Press Women.

Amanda got her master’s degree from The University of Akron. She teaches at Kent State University’s School of Journalism and Mass Communication and is the advisor for Kent State’s college radio station, Black Squirrel Radio. 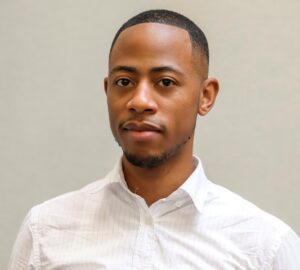 General Manager – Marz Anderson Marz is currently a senior Media and Journalism major at KSU and Cleveland, Ohio native whose worked within Kent State’s student-run media for TV2 and Black Squirrel Radio. “I love Hip Hop and R&B and enjoy playing oldies. Getting my listeners hooked on new music of all genres, even Yacht […] 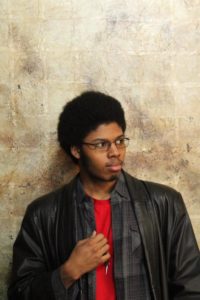 Collin is a sophomore theatre performance major with a minor in digital media production. He joins BSR as music director. Collin takes artist submissions and new music and adds them into our DJ system. In addition, Collin host “Roll With It” that focuses on the ins-and-outs of the fantasy role playing games dungeons and dragons. 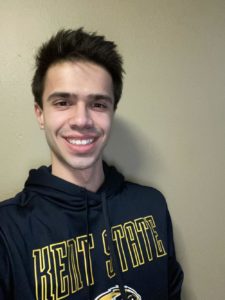 Ryan Struhar joins as BSR's sports director.  Struhar has been with BSR for a year and during his time at  the station he has done a podcast and hosted a show, The Sports Hut. What brought Ryan to BSR was his love of radio and what brought him to the Sports department was his passion and love of sports. Watching sports ever since a kid with his dad. Not only is it a hobby, but a passion.