Written by Augusta Battoclette on March 1, 2019

Almost a decade (technically six years, but who is counting? Oh wait, me) after breaking up, the Jonas Brothers are finally back together. Yes, you read that correctly. 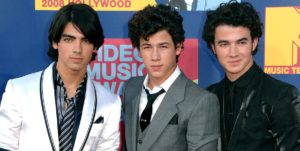 Over the last couple of weeks, there were whispers and rumors that the brothers would be reuniting in some capacity, be it new music or a reunion tour, but nobody was expecting what happened Thursday morning. On their freshly minted Instagram account, the boys posted a video of all three of them in a car with James Corden — promo for Corden’s Carpool Karaoke series that they will be on.

Then, the real bomb dropped. It was announced that they brought the band back together and were dropping a new song, “Sucker” at midnight on Thursday. The song and video are both out now!

Some might say it reminiscent of some of their older tunes, but “Sucker” takes a breathier, mellower tone than what a casual listener might expect from the band. The chorus is catchy and the beat is bouncy enough to make me want to dance though. There is no doubt in my mind that radio stations all over the world will be playing the song every hour for the next month straight!

The premise of the music video is the brothers and their wives (really Nick and Kevin’s wives and Joe’s fiance) living in the lap of luxury at a beautiful mansion. They have expensive dinners, an expansive library and lavish clothes. They even take baths together! In individual tubs, of course, because they are that rich. The video ends with a painter finishing a portrait of all six.

During the height of the Jonas Brothers’ fame in the late ‘00s, Nick created a new band called Nick Jonas and the Administration, releasing their first and only studio album, “Who I Am” in 2009. However, the band was short-lived, only lasting until 2012. Nick released his breakout solo single, “Chains”, in 2014, securing his spot as a solo act.

But Nick didn’t just stop with music, he also ventured into the acting industry. He already had experience being in the Camp Rock movies with Joe and Kevin, and their aptly named television show, but he landed a recurring role on “Scream Queens” as Boone Clemens, a Dickie Dollar Scholar fraternity member. He also starred in “How to Succeed in Business Without Trying” on Broadway.

More recently, Nick has been in the news for marrying actress Priyanka Chopra in December 2018.

Similar to Nick, Joe also tried to start his solo career during the Jo Bro mania. However, his album “Fastlife” was not received well by audiences. Have no fear though, because Joe ended up starting DNCE in 2015 and their song “Cake by the Ocean” did extremely well. In 2018 he signed on to be a mentor on The Voice: Australia.

He is engaged to actress Sophie Turner and the two will be tying the knot soon.

Last but certainly not least is Kevin. He got married in 2009 to Danielle Deleasa and soon after the band’s breakup opted for a private and quiet personal life. His first daughter, Alena, was born in 2014 and his second, Valentina, was born in 2016. 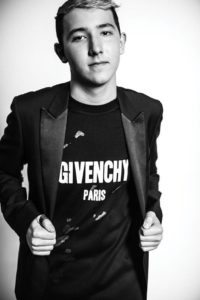 A special “Bonus Jonas”: the actual Bonus Jonas himself, Frankie, is now a full-fledged teenager! He voiced Sosuke in the film “Ponyo”. He also creates music just like his brothers, and you can find him on Soundcloud at Mephisto.

It’s safe to say that the Jonas Brothers are back and better than ever and I am excited to see where they go from here!