Interview: Pink Floyd tribute band Dark Side of the Moon

Written by Mikala Lugen and Reid Smith on April 7, 2016 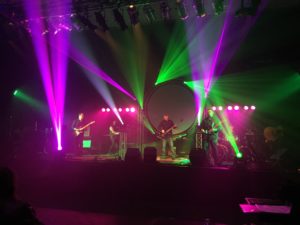 By: Mikala Lugen and Reid Smith

Dark Side of the Moon is a Pink Floyd tribute band that plays shows throughout the Midwest.

Kent Stage on November 21 for an interview.

What are your names, and what do each of you play?

Jeff Tucker: All sorts of guitars- Slide, acoustic, a couple different electric guitars. I have a lot of

How & When did the band come about?

Jeff Tucker: It’s funny you should ask that. Tomorrow is my 6th year anniversary in the band. The

odd thing is we have 8 members, and none of them are original members. So this band was

created by completely different people, in 2007ish, and over that time frame, one way or

another, everyone’s been replaced. There are no original members, at 6 years tomorrow I guess

Black Squirrel Radio: Yeah, we looked on the band’s page and saw the bios to take down

Jeff: Well it’s a good thing I updated it! Yeah don’t post any of Joey’s stuff, that was a joke until

he got me his real stuff. Did you read his?

BSR: No I just read yours (Jeff’s)

The night started off with some of Pink Floyd’s songs from their later years, that are more David

Gilmour influenced. One of their first songs “Learning to Fly” gave a great first impression of the

band. Their utilization of the laser and stage lights really set the mood, and Trevor even invited

all the “flyers” to come up to the front of the stage to “fly.”

Do you strive to sound exactly like Pink Floyd or do you try to incorporate your own sense of style and sound into the music?

Trevor: A little bit of both.

Comfortably Numb for example. The first solo is note for note exactly because it’s such an iconic

Trevor: We learn the songs based on the albums, based most of the time on the actual studio

albums. However, there’s time when that doesn’t always work out, or there’s really good live

recordings you can use as frameworks to modify. So another example is we have a new

saxophone player, and he’s a really good musician and we added him to the band, and so we do

some things where he plays in songs that we’ve never heard Sax in at all. But places where it

wouldn’t be out of line for Pink Floyd to do, you know we’re not gonna recreate what Pink Floyd

should sound like. But for the most part we try to sound like them, but for the beginning or end

we may come up with cool transitions in the songs. We will definitely take liberties.

Jeff: For Pink Floyd, I mean I’m assuming you’re both just huge fans, a lot of their songs have

segways, so there’s no stopping point. We need to find a way to end a song, for example like

places so we had to find places to actually end a song and start another one. But you guys be

After some more songs from Pink Floyd’s later years, the band started playing from the album

Dark Side of the Moon. Listening to “Time” was especially cool due to the moving clock graphics

in the background of the stage. The band’s only female member, Alexa Pokorny, sang “Great

Gig in the Sky” which blew the audience away with her vocals. Before the intermission the band

closed their first set with “Brain Damage” and “Eclipse.”

Do you guys have a favorite song to play live, and if so what is it and why?

Trevor: Nowadays for me, Welcome to the Machine. That is a powerful song.

Jeff: And I don’t even wail on guitar and that’s gotta be one of my favorites right now.

Trevor: A lot of nice harmonies, a lot of good keyboard parts

Jeff: Now that song, to kinda go back to your last question, if we were to perform it exactly like

it is on the studio album, sounds very weak. Not very full.

Trevor: There are no drums on the studio version of Welcome to the Machine.

But you incorporate drums into it?

Jeff: Yeah. Now Roger Waters I believe in the late 2000s, went and did a tour in the flesh, and

that’s actually the version that we’ll play. That has multiple electric guitar, acoustic guitar, you

know the drums, and so unless you know that piece, you’ve probably never heard it sound like

this. And so its really cool. That’s one of my new favorites. Of course you know I love Time,

there’s so many dynamics through Time, its so sweet and sour through the chorus, it’s kinda

punchy through the verses, the solos, the keyboards, the effects of the beginning. So it kinda

touches on everything that is Pink Floyd.

even though there’s none on the studio version. The song remained just as haunting as on Wish

Following the intermission, the band followed up an upbeat jam song “One of These Days” from

their 1971 album Meddle. This song is mostly instrumental, with a heavy, thumping bass line,

however, Trevor screamed the only lyrics in the song, “One of these days I’m going to cut you

How long have you guys been touring?

Jeff: We don’t wanna say that we go on tour because we’d like to say we’re a local band. Yeah

we don’t like to say we go on tour, we go on trips. We’ve been to Michigan, Indiana,

Pennsylvania, like Pittsburgh. Now before I started on the band, they went as far East as I think

Harrisburgh. So we don’t go, we’re not gonna take 2 weeks off and go on tour. Basically we play

a weekend, and then go home. And then play somewhere again.

Trevor: Travelling farther, we’ll try to do back to back shows.

Jeff: Yeah we did Youngstown one night,..but since we’re all working stiffs..

Trevor: Yeah all of us all have another job. We all have real jobs. We sometimes take more time

thinking about this job than our other job (laughing)

Jeff: Basically it’s a glorified, very serious, hobby. We have a lot of fun with it.

The band played “Wish You Were Here” and at this point in the show, Trevor invited more of

the audience to come in front of the stage to sing and dance along. At the end of Floyd’s biggest

hit, “Another Brick in the Wall Part II,” the band went on a 4 minute jam session that featured a

to show off their musical style.

The band ended the night with “Comfortably Numb” as their encore. Tons of people from the

crowd were huddled in front of the stage to sing along. Jeff’s guitar solos were spot on, and it

was the perfect last song to play before we dispersed.

If you could say one thing to Roger Waters, David Gilmour, or Syd Barrett what would it be?

*The interview is interrupted with all of our laughs*

Jeff: Yeah Syd was a trainwreck.

Trevor: I’d be that guy, “When you guys gonna be back together again?”

Trevor: That’s probably the one I’d want an answer for. Please? Yeah because it’ll change with

Jeff: Well yeah basically any question that you’d want to know has been asked. So for me it

would probably be more, because I’m more of a Gilmour fan than a Waters fan, be more of a

thank you. He really showed me that I want to do that. And again it’s a hobby, yeah we’ll get

paid tonight, but we’ve spent so much more money to do this than what we get paid. It’s a

passion for us to do what we do, we’ll have a 14 hour day today. And I could go to McDonalds

Trevor: And yeah sometimes there really is.

Jeff: I think it would be more of just a thank you.

Trevor: That was a good answer.

BSR: It really was. 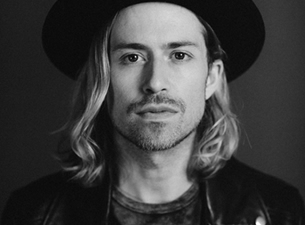 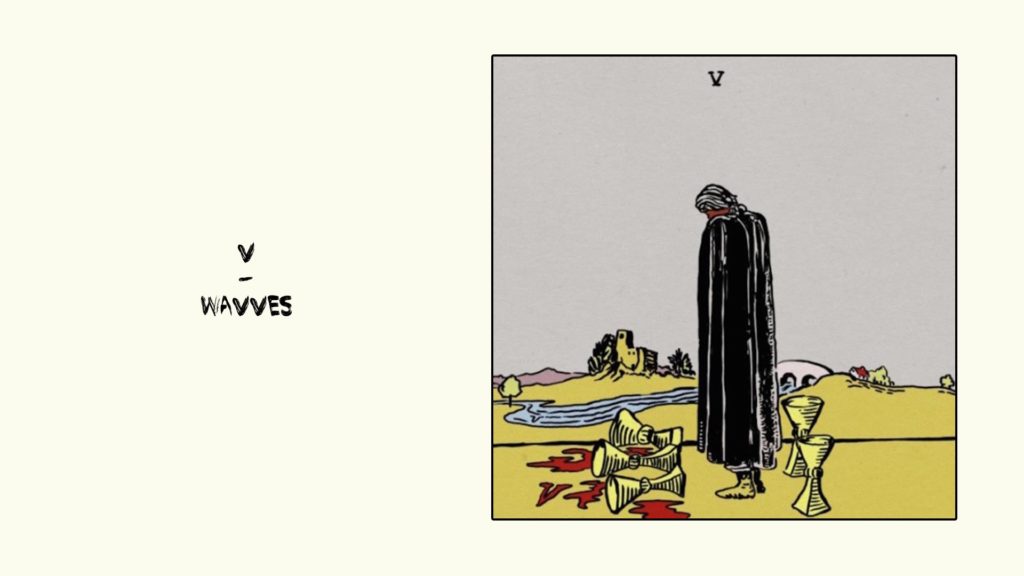