Tell me about your journey with music.

My music journey goes beyond releasing music as Joey Aich. When I was a child, I was in the choir at church and grew a strong interest in entertaining. In middle school I quit the band (clarinet) and joined the choir at Brady Middle School. Around that time I started writing poetry and making music for school assignments. In high school I wrote music and poetry as a means to escape reality and vent teenage frustrations, but I never planned on it becoming a real hobby let alone a potential career.

Towards the end of high school, I started making original content. I would go on Youtube and search “Jazz type beats,” “old school hip-hop beats,” and “boom bap beats,” and just write. I created the name “Joey Aich” when I was 16. At that time I wasn’t a rapper, but more of a kid that could rap and hated the title “rapper,” and I would share my songs with my close friends. Before I graduated from Orange High School in 2012 I decided I wanted to take a stab at making music and getting it to the masses.

In the fall of 2012, I went to Denison University and didn’t really have an identity. I quit sports and just wanted to make music and be the “rapper” on campus. I released two mixtapes and grew a name on campus and then started working with my best friend sarob. I started to get booked more in Cleveland and a little bit in Columbus and things started to pick up. I released two projects College D.egree, (Spring 2014) and highly acclaimed AichFiles (Summer 2015) and I saw a future beginning to open up for me. Since then I’ve opened up for artists such as Asher Roth, Dizzy Wright, Bone Thugs n Harmony, Cal Scruby, Super Duper Kyle, and more. This last summer I had the pleasure of performing on the Main Stage at Breakaway music festival in Columbus. I can’t wait to see what’s next on the journey.

When did you first realize that music was something you wanted to do as a career?

I always believe it was some moment before Breakaway but now looking back in retrospect it was when I started the first song and people started running up to the main stage to get a good spot in the front. That feeling was one of the best I’ve ever had in my entire life. At that moment I realized this is truly something I can see myself doing for the rest of my life.

Tell me about your last album release, ‘AichFiles.’ What kind of production went into it, how long did it take to complete?

AichFiles is my baby. It opened a lot of doors for me and started the change in fortunes for me. I began working on it the end of the summer in 2014. I began working with new producers that I found on Soundcloud, some of which are still producer of mine today (Alzeus). Completing the project was very difficult and I was in a pretty disturbed place mentally.

The summer of 2015 I decided I wasn’t going back to my shitty job at Old Navy and just focus on music and making THAT my job. I remember I had a show at the Grog Shop and with my last 15 dollars I bought a notebook and a couple pens to write down all the names of everyone who was coming and that summer I sold what is probably the most tickets for any local artist at the venue before. I got a huge pay day from that show and used it to drive to Columbus for a couple sessions and finished the project. That summer was the definition of the AichFiles.

Do you have any new music or projects coming out?

I do. I haven’t released much music since AichFiles and I’m super excited. I have a project called If Money Grew on Trees, that I plan on releasing in 2018. The project has to do with life after graduation and growing up to be the person I am today.

How would you say your music has evolved from your first release to your current project?
It has matured. In my early music I was trying to be a reflection of other artists, but make it my own, now I feel like I truly have my sound and message. I’ve become a better writer and a better storyteller. Before, I was good at just rapping and I would just focus on bars and saying things that would go over people’s heads, but now I want to use concepts and relate to the audience and connect with the listener and sometimes keeping things simple is better.

What are some of your biggest inspirations when heading into the studio?

Impact. When I head to the studio the one thing I want to do is make an impact on someone’s life. I’ve grown really invested in the youth and being a big brother to kids like musicians were a big brother to me when I was growing up. I realize that with this platform my voice has responsibility and I want to use it the best I can to make a possible impact.

Another inspiration is my family and friends. I have a pretty dope family to be honest. My parents are superheroes. My brothers are both creatives in their own way, and I want to hold my weight on a power squad. I have incredible friends as well and watching them makes me strive to be better. I’m around some great people and the feeling of not doing my part in relations to them is a driving force to inspires me. 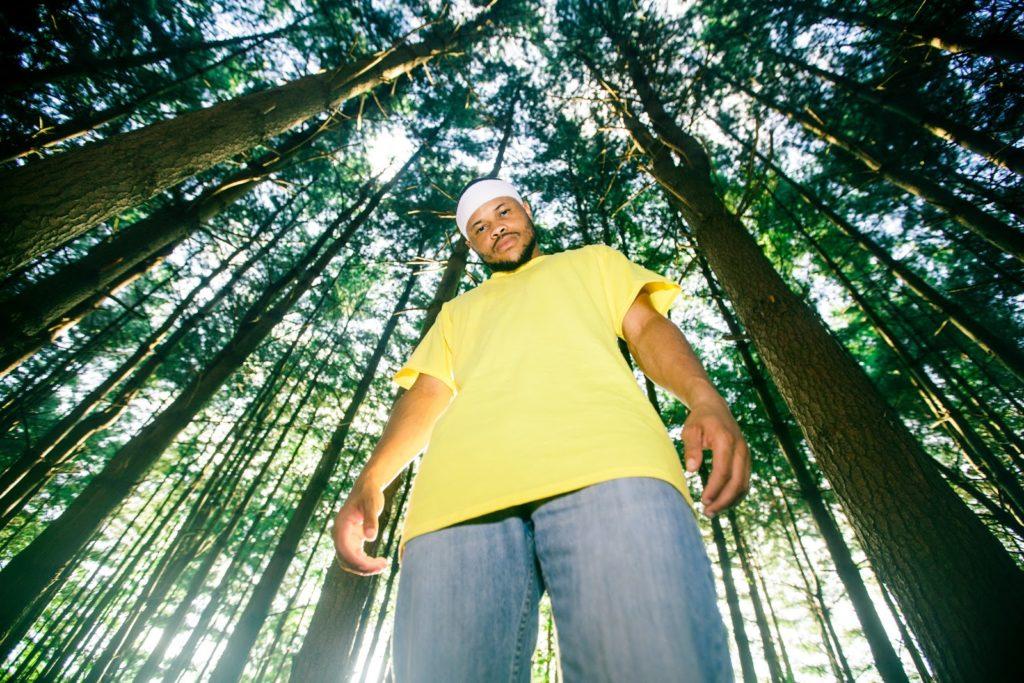 Are you currently playing shows? Where can people come watch you perform.

Yeah. I have one this Saturday at Kafe Kerouac apart of the Mouth Magazine Launch Party. My great friend and photographer Annie Noelker is releasing an entertainment magazine by women and I’m super proud of her.

I took a little break off performing since October but I plan on getting back starting 2018 with releasing music and everything like that. I’m really hoping to get out of the state more. I’ve done a few shows in Michigan and I want to get back there and travel more.

Do you think you’ll stay local to Columbus, Ohio? Or do you plan to take your music elsewhere?

To be honest I haven’t really thought about it. I feel like I’m super midwest and I know west coast sounds delightful but I don’t know if my lifestyle matches up. For the time being I’m very comfortable with Columbus and I love the atmosphere here. I’m living by myself and I’m growing up and becoming an adult. Outside of music that’s something that I really enjoy.

What’s next for you and your music?

I’m planning to be the best Joey Aich possible. I don’t really get involved in the expectations that people plan on me, but I want to be the best person I can be. My whole thing is I want to progress and grow as much as I am. I want to use music to take me to different places and allow me to create in different avenues.

You can check out more of Joey’s music on Spotify, Apple Music & SoundCloud