An Interview with East 9th

Tell me a little bit about the your band dynamic. How long have you been a band, when did you start releasing music?

Ryan: Tyler and I actually formed a cover band several years back called Vambo Marble Eye. He joined out of necessity when I foolishly booked a show before finding a drummer. Thank god he was able to do it, and was good. Now here we are all these years later, making our own music.

Steve: When we rehearse, there’s an unspoken understanding of where we all function as a band. We all know Ryan pumps out songs like a machine, whereas Ryan knows my abilities to improvise and create something different to add to a song. Overall I believe we have trust within each other and the same end goal. We really try to access everyone’s individual talents to the maximum.

Tyler: I’ve been in a few bands since my early teens, but this is truly the first where the influences are so spread out. Each member contributes to the sound in his own way because of his unique influences and background. From classic rock to indie to post-rock and more, our product is special because it’s so complex. 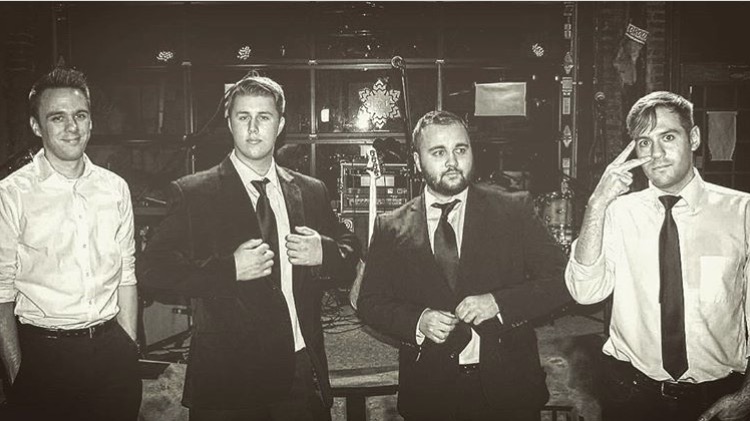 I noticed that you often play with bands like Model Rockets and Northern Whale. Tell me about that. Do you ever headline your own shows?

Ryan: There are so many incredible bands in the Youngstown area that we’re lucky enough to share stages with. We’ve headlined, opened shoes, and everything in between with a lot of great artists.

Steve: The Youngstown music scene is a family. All of the great bands within the area help each other out. One show we are opening for a headliner, next time that same headline could be opening for us. We’re not family, we’re fans! 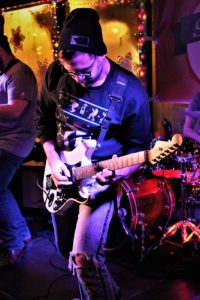 Do you currently have any new singles or EP’s out?

Ryan: Our most recent release was our first full length album, Electricity Which you should totally check out on Spotify or Apple Music… Since then we’ve played a lot of great shows and events. We’re definitely going to put out new music at some point.

Tell me about your recent song release, “The Funky Snowman”

20: We released the song “The Funky Snowman” in December 2016. Then we got a grand idea to put together a music video for it for 2017, which we released December 1st. We loved the feedback and it was truly, dare I say, a Christmas miracle.

Steve: “The Funky Snowman” I would argue is a perfect example of the creative minds behind East 9th. Never in my life did I think we would create a Christmas song, but when the 4 of us come together, expect something amazing.

“The Funky Snowman” is the gift that keeps on giving. I want this song to be in the same class of holiday classics such as “Jingle Bells” someday. It was a blast to write and is always a blast to perform.

Do you plan to release any new music in the near future?

Ryan: I can give a definite maybe.

I saw that you recently played a show at Suzie’s Dogs and Drafts. Are there any other venues you play in Youngstown? Do you play in other cities as well such as Kent or Akron?

20: We’ve played Suzie’s, The Federal, The B&O Station, Cedars, and Party on The Plaza in Youngstown. We’ve also played Jupiter Studios in Alliance and the Buzzbin in Canton.

Ryan: We need to get to Kent like ASAP. We had a Kent show booked last summer, but it unfortunately fell apart. 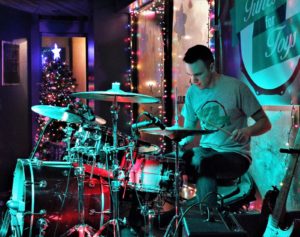 Steve: As a band that based our name from a popular street in Cleveland, we hope to play out there soon considering how much we all love Cleveland sports. Also as someone who travels through the Columbus area often, I’m looking to my area friends to help us show the Buckeye nation what we’re all about!

Tyler: Suzie’s ALWAYS treats us well, so it’s natural to frequent that stage. I personally have played out of the area in places like The Grog Shop in Cleveland, and even out of the state for a short tour, but Youngstown and Suzie’s has its own charm. Nevertheless, I’d love for us to branch out more and more down the road.

Do you have any upcoming shows or events?

20: We currently have a couple of shows lined up, but are also looking to expand into doing some acoustic performances. That would give us the opportunity to play even more places and change things up a bit from time to time.

Ryan: Our next confirmed date is March 10th at The St. Baldrick’s Festival in Austintown. It’s a big pre-St. Patrick’s day show for charity. After that we’ll be at Brewtus Brewing in Sharon, PA on April 14th. There’s another shortly after that, but we’re not allowed to talk about that one yet… 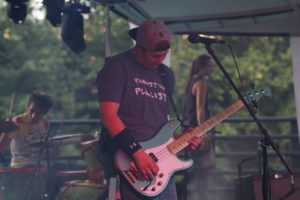 Anything else you want readers to know about your music or the band as a whole?

Ryan: We have a lot of fun playing together. Like a lot. Even at practice, it’s just a good time, and I think that really translates into our shows. Adrenaline just takes over and we put all we have into our shows. I’ve yet to not be sore the day after a show. And when the crowd is into it, and enjoying something you created, that’s what it’s all about. There’s no better feeling when playing music.

Tyler: Ryan and I have been doing this for nearly a decade, and truly the best of everything is happening now. Through many member changes, and even a name change, this lineup now is hitting new highs in every way imaginable. I’m excited for the future of this band and hope others join us for the journey.

All Cinema Podcast 001 – The Live One 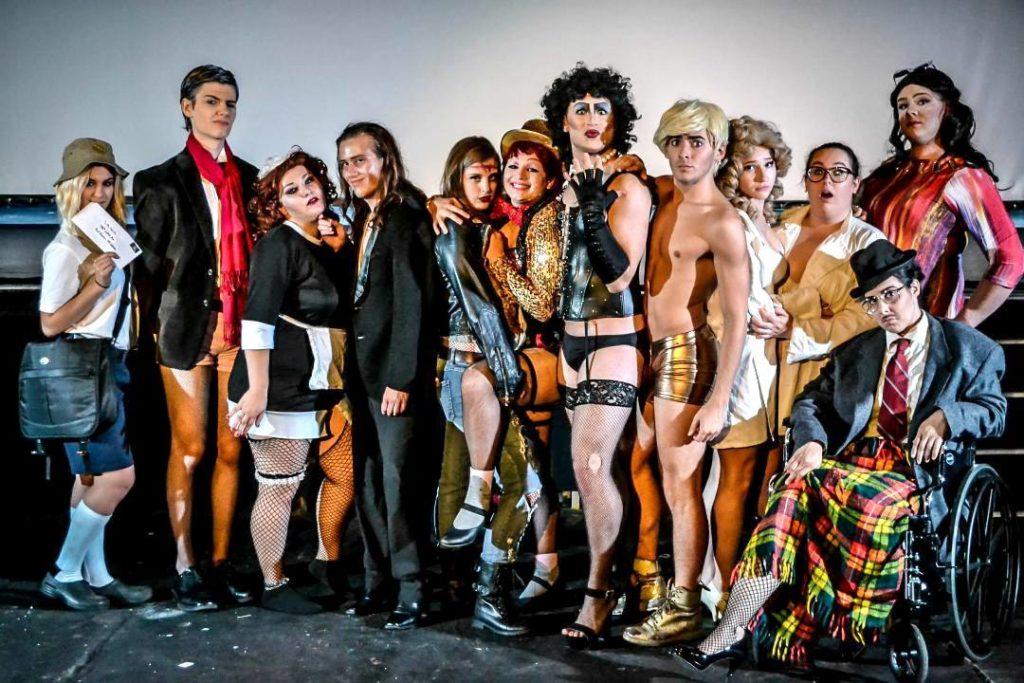