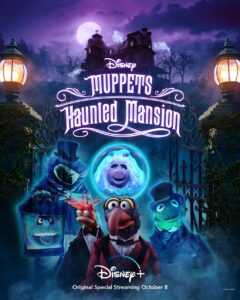 Where to watch: Disney+

Fun fact about me, I’m completely obsessed with the Haunted Mansion.

I have seen countless hours of footage, youtube videos, documentaries and the 2003 movie (and a good portion of the McDonalds toys that promoted the movie that year). I also love The Muppets, and their version of A Christmas Carol is one of my all time favorite Christmas movies. But now, The Muppets take on a classic story that doesn’t really have a story, in fact this is their first ever Halloween special.

Now the Haunted Mansion ride in Disneyland, Disney World and Tokyo Disney, do not have a cohesive storyline and the story of the ride is left up to the riders imagination. Phantom Manor in Disneyland Paris as well as Mystic Manor in Hong Kong Disney are pretty straight forward in their plots. 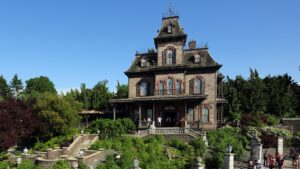 Side note: I would absolutely lose my collective mind if Phantom Manor ever got turned into a movie. The story is fantastic, please do yourself a favor and watch some videos about it

So to say I had VERY high expectations is an understatement.

The Great Gonzo has done it all, seen it all, and survived it all. But on Halloween night, the fearless Gonzo takes on the greatest challenge of his life by spending one very daring night in the most grim grinning place on Earth …The Haunted Mansion. 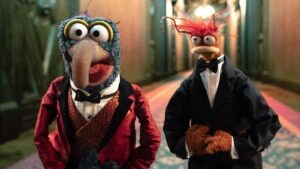 Gonzo and Pepe the King Prawn

With a star studded cast as our human actors, the mansion takes on the life of a silly mansion rather than a haunted one. I understand this choice as much as I was looking forward to some creepy looking Muppets. It’s just hard to tell the story of the ride when the ride opens with the ghost host showing us his dead body hanging from the rafters.

Now the mansion in the movie takes its cues from the manors in the US and Europe, the facade looking suspiciously like Phantom Manor, while the plot of the movie seemingly follows the order of the ride, filling it with easter eggs keen eyed fans might notice. I didn’t see much in the way of Mystic Manor other than the floating candelabra, but that probably had to do with the ride having a completely different story due to cultural differences in how we view ghosts and spirits.

We get to spend more time with Constance Hatchaway aka the Beating Heart Bride and her five husbands and our beloved Ghost Host, which are two of the most popular characters next to the superfan favorite the Hatbox Ghost (played by Fozzy Bear) 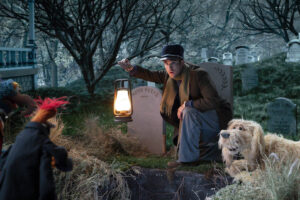 Darren Chris as the Caretaker

The show also features three new original songs, “Rest In Peace,” “Life Hereafter” and “Tie The Knot Tango”, along with the iconic theme and “foolish mortals” (well in this case Muppets) opening line.

While the movie didn’t expand on any lore of the actual ride, much like its predecessor in 2003, I still found it a really good time and it combines two things I really enjoy. This means I’ll probably watch it at least another eight times before Halloween is over. Much like their version of A Christmas Carol, I’ll be adding Muppets Haunted Mansion into my seasonal rotation!

Tagged as halloween Jenn Noga the haunted mansion the muppets 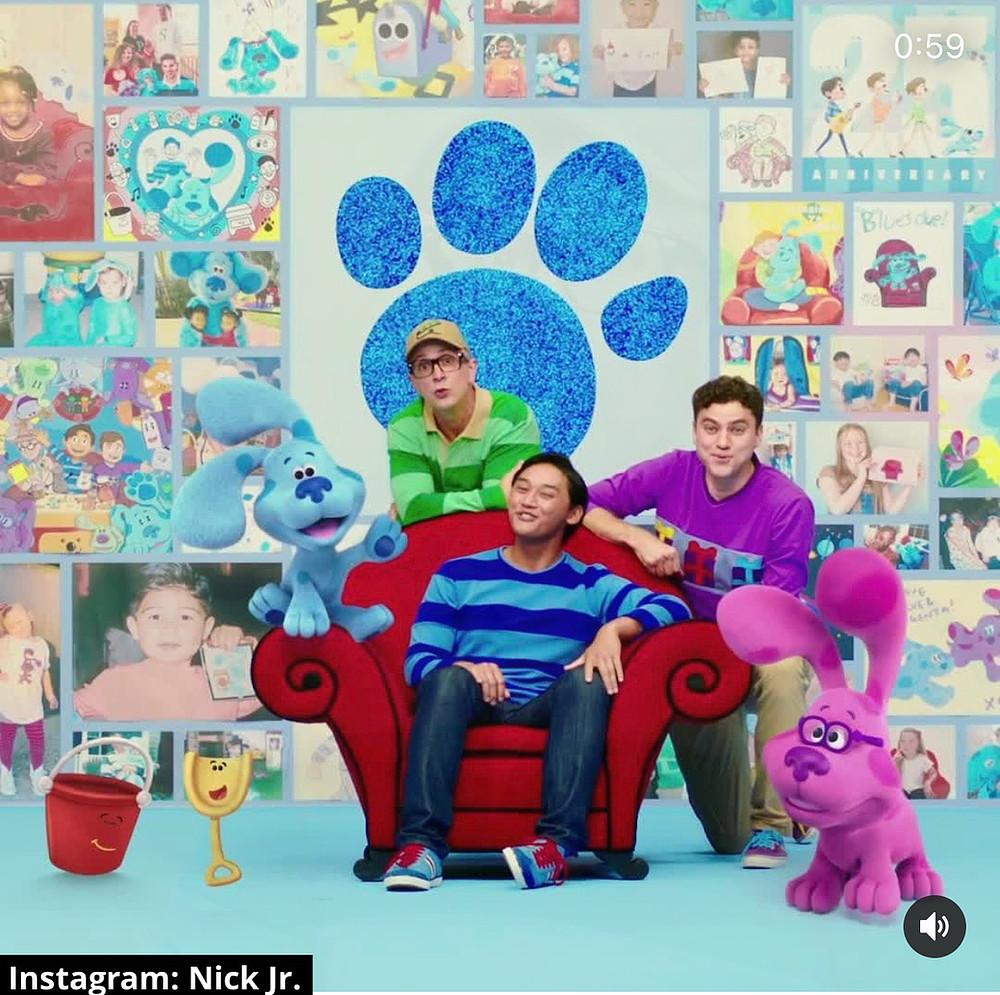