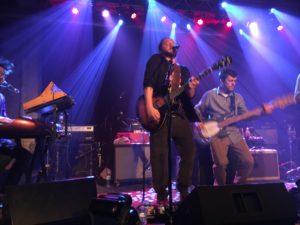 Since their establishment in 2010, the band has performed throughout the Northeast making a name for themselves. They annually headline at Buffalove Music Festival and have performed at Catskill Chill and A Bears Picnic, as well as the Great Blue Heron Festival.

The guys kicked off the night off with their reggae rock “Time will Tell” leading into “Backdoor.” Both songs highlighted their harmonious electric guitaring and Lester’s keyboarding. It was my first time seeing Funktional Flow play, so as a big fan it was a great way to start my new year.

One of my favorite songs of the night was “Trouble” played from their 2016 released album Time Will Tell. I was awesome to hear Lester live to rock the stage with his steady saxophone harmonies.

Before leaving the stage and celebrating New Year’s with the rest of the crowd, Funktional Flow perfectly ended their set with a cover of the Eagles’ “Funky New Year.” 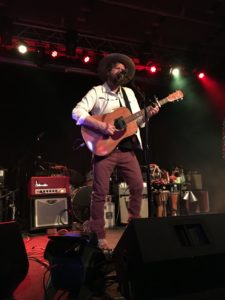 Jam-heavy rock Rusted Root was founded in Pittsburgh in 1990 and released it’s first album Cruel Sun in 1992. Since then, the band has sold over three million records throughout their eight albums and have toured with The Grateful Dead, Santana, Dave Matthews Band, The Allman Brothers Band and the Jimmy Page/Robert Plant reunion tour. Their music has been featured in several movies such as Matilda and Ice Age, along with the television shows New Girl, Charmed and Chuck.

This multi-instrumentalist group has undergone some changes since their establishment, but is currently comprised of frontman Michael Glabicki on vocals, guitar, harmonica and mandolin, Liz Berlin on percussion and vocals, Patrick Norman on bass, backing vocals and percussion, Dirk Miller on guitar and Cory Caruso on percussion.

Older and younger fans sang along to the popular song “Ecstasy” from their 1994 album When I Woke. The bands unique fast-paced Latin American inspired sound echoed throughout the venue, while the drum beats and high intensity guitar solos matched up perfectly. It was a real treat to hear “Send Me On My Way” which is featured in several movies and commercials. The strength of Glabicki’s voice and his wide range of heard throughout this song. This overall good feeling song couldn’t be complete without the flute’s beautiful melodies.

Rusted Root ended the night with their down-to-earth single “Back To The Earth.” This African-inspired tune led out a feeling of peace and prosperity for ending of 2016 to begin our new journey of 2017. It was the perfect song to finish up the night and send the crowd out into the new year. 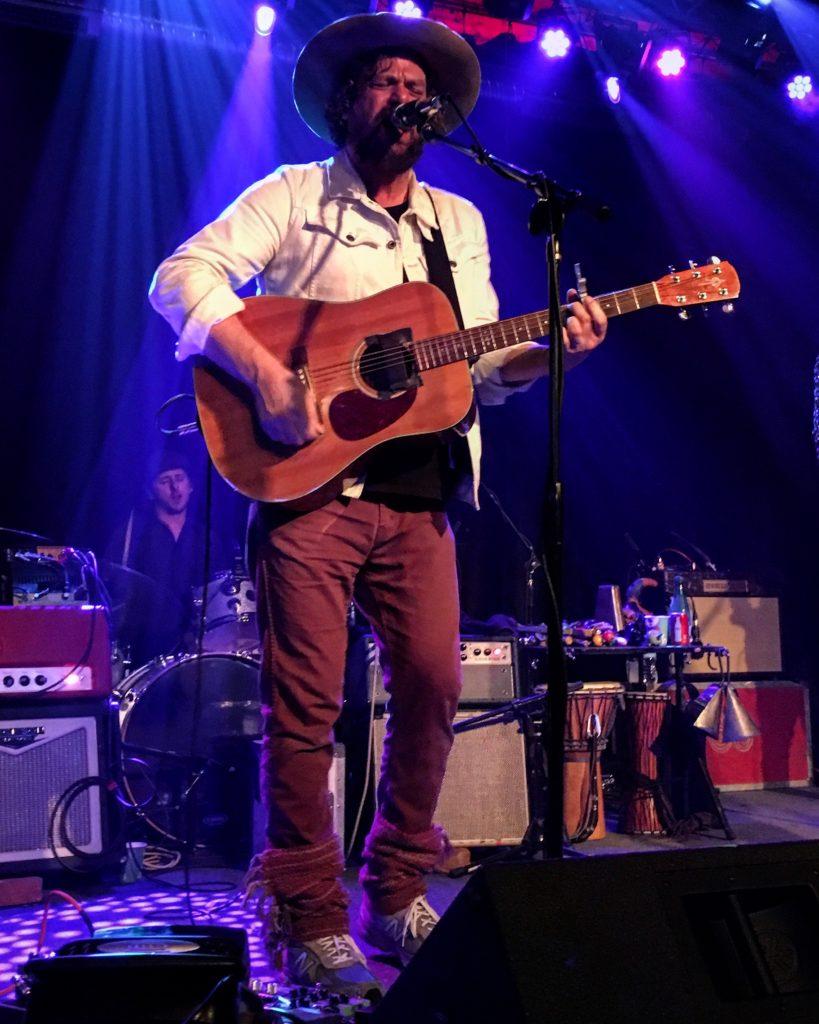