Halloween is here so it’s the perfect time to watch some scary movies. But how do you choose in a world of so many great (and not-so-great but oh-so-fun) horror films? To help you narrow things down, here is a list of films you should watch this Halloween.

It Follows is an exciting and cleverly simple horror film about a young woman with a very unusual curse. Her new affliction, gained simply through a sexual encounter, results in her being hunted by some unknown danger. But this isn’t your average haunting or bad guy kind of film, the monsters in this film are the scariest, the kind that can hide in plain sight. The creative use of an unknown danger leaves you full of paranoia and dread throughout the film. There have been few standout horror films lately; most just end up being formulaic, boring or just another sequel. But this film feels fresh even though it is very apparent how much it takes inspiration from great horror classics. The timeless setting, the cool but creepy synth score, the look of the film and its film art are clear homages to numerous seventies and eighties horror flicks (including a few on this list). But even though it utilizes some inspirations from past films it really does feel all its own. It Follows creates a memorably unique experience and achieves its own well crafted horror leaving you tense the whole film, staying in suspense even when things are slow. Though it is clearly a special film amongst most modern horror movies, if you are looking for other impressive newer scary movies check out The Babadook, A Girl Walks Home Alone at Night, The Witch, and Goodnight Mommy.

These cult classics from horror master and zombie godfather George A. Romero are often referenced as the best zombie films of all time. Night of the Living Dead helped revolutionize the horror genre and create the iconic zombie-style that we know today. It also featured characters, themes, and effects far ahead of it’s time. Plus it’s still a really enjoyable and effective movie, aging remarkably well and still proving that it can hold its own as a thrilling and surprising film. Dawn of the Dead also has some impressive achievements including being one of the few major film sequels to be as loved as the original. The sequel was able to take the important foundation made by the first film and really develop the zombie genre, taking it to new and often more intense and gory places. Both films follow zombie outbreaks in western Pennsylvania, each starting with very memorable opening scenes and groups of people brought together in a single location trying to survive. With the addition of smartly achieved special effects, strong acting, and timely social commentary, they deserve their place of honor in the now very popular world of zombie media. The highly iconic films have been influential not just in characters and effects but also through numerous sequels, remakes, parodies and references. If you want more zombies feel free to watch any of Romero’s ‘…of the dead’ sequels, especially completing the original Trilogy of the Dead with 1985’s Day of the Dead. Or attempt some more recent quality zombie films like 28 Days Later, Shaun of the Dead and Zombieland.

This Mel Brooks classic, starring and co-written by the recently departed and wonderful Gene Wilder, is essential viewing this or any Halloween. Wilder plays Frederick Frankenstein (or Fronkensteen) a scientist trying to distance himself from the nasty reputation his family garnered for their questionable scientific past. Despite trying to move on into more respectable science, he ends up back at his family home in Transylvania, continuing his grandfather’s work in reanimation. It is a clever parody that could rival the original for sheer entertainment. It is hilarious and the perfectly crafted cast make this the best time anyone could ever have in Transylvania. This film is always a highly enjoyable and funny Halloween watch, perfect for getting just the right amount of ‘spooky’ ambiance with no serious frights but tons of laughs. For other fun horror classics check out Little Shop of Horrors, Rocky Horror Picture Show, Beetlejuice and any of the Ghostbusters films.

Scream follows a masked ghostface killer (not to be confused with thee Ghostface Killah) who goes on a murder rampage in a small town. Surprisingly, there are still people who haven’t seen this modern slasher classic by master of horror Wes Craven. After becoming a huge horror franchise in the nineties and early 2000s, Scream fell off the radar for awhile before coming back with its fourth installment in 2011. The film that was so heavily inspired by its former horror film predecessors has gone on to inspire countless other films and shows including much of the Scary Movie franchise, most nineties and early 2000s teen slasher movies, and yes, even the MTV television series of the same name. Clearly the film has some legs and a wide audience, but it earned it through being a truly clever and funny yet still thrilling response to past horror tropes. Scream had the perfect recipe for horror success: a masked figure who kills teenagers, a smart and strong endearing final girl, and a terrific cast full of great personalities who can bring life to some of the most entertaining death scenes in modern horror. All of the Scream installments have some merit, the first is certainly the best of them but after watching it all the sequels will become far more interesting, especially the third and fourth. Watch Scream and you just might have a new answer to the question, “What’s your favorite scary movie?”.

Two death-obsessed outcast sisters find themselves facing real danger after a mysterious animal attack. When Ginger, the sister who was attacked, heals unusually quickly and starts to have changes in her personality, her sister Bridget becomes worried that something more is happening to her. This Canadian horror film is one of the best combinations of teen flick, horror, and monster movie out there. Producing both an effective teenage story and legitimate horror, you’ll be both entertained and scared. Ginger Snaps also does something wonderfully clever in telling this monster story from the female perspective, drawing comparisons between periods and becoming a woman and potentially becoming a monster. It’s like a horror allegory for puberty which in many ways is a great metaphor. The film has both a traditional sequel, Ginger Snaps 2: Unleashed and prequel Ginger Snaps Back: The Beginning. If you find yourself loving the combination of the horrors of being a young woman and the horror genre then check out The Craft, American Mary, Excision and Carrie.

This highly stylized classic by Italian filmmaker Dario Argento tells the story of a young woman named Suzy who moves to Germany to attend a strange ballet school. Her arrival overlaps with the recent brutal murder of another student. Suzy finds herself struggling to feel comfortable at the unusual school and begins to suspect something sinister is taking place there. The film has become a beloved classic of seventies Italian horror, which is often categorised by its beautiful and dramatic appearance and spectacular gore. The film does deliver on all fronts, every scene is stunning and the gore delivers, especially the iconic opening scene. For better or worse this is arguably the best film Argento ever made, following this up with numerous films that might be equally attractive but lack in substance. But if you are interested in more Italian horror classics check out The Beyond, Black Sunday and, for the not easily shocked, Cannibal Holocaust.

This eighties cult classic follows the questionable scientific hijinks of medical student Herbert West. West is antisocial, pompous, sinisterly brilliant, and a blast to watch. Mixing him in with his new roommate and classmate, popular everyman Dan Cain, and Cain’s perky fiance Megan, who of course happens to be the daughter of dean, is highly enjoyable. West and Cain make for one the funnest odd couples in all of horror. The film is loosely based on a work by H.P. Lovecraft, which helps give credit to some of its science fiction nature but this rendition is also is full of ridiculous humor and exaggerated effects. If you find yourself loving the spectacular mix of eighties cheese from the over the top acting, gratuitous gore, and generally ridiculous storyline, don’t worry. Not only are there more Re-Animator films, but there are also many other terrific similar films to check out including Return of the Living Dead, The Stuff, Basket Case, Frankenhooker and if you are really committed, try some Troma films especially The Toxic Avenger and Class of Nuke ‘Em High.

What We Do in the Shadows (2014) dir. Taika Waititi and Jemaine Clement

What We Do in the Shadows comes from the hilarious minds of Taika Waititi and Jemaine Clement. It’s a story about a group of vampires who are roommates, told through the lens of documentary being made about them. It is perhaps the best and most creative use of the recently overused trend of mockumentaries. The absurdity of looking at ‘monsters’ the same way we do at reality stars unsurprisingly breeds hilarious results. But it also helps that it is really well written and performed wholeheartedly by the terrific cast. The jokes are so frequent and charming that it deserves numerous viewings to make sure you catch them all. Though this is one of the funnier, more lighthearted films on the list, it also contains an impressive amount of gore which makes it perfect for the film fan who wants laughs with their blood and guts. For more humorous horror check out Final Girls, Suburban Gothic, Tucker & Dale vs. Evil, Idle Hands, Cabin in the Woods, The Evil Dead movies and yes, even Scary Movie.

Often dubbed the ‘first true horror film’, this silent German classic is about the mysterious Dr. Caligari and his fair attraction, Cesare the somnambulist. Cesare, who sort of resembles your dream goth boyfriend, begins to terrorize members of the community at the will of the doctor. Not only is this a key film in early horror and silent film, but it is also quintessential German Expressionism. Expressionist film just screams horror and creepiness. The obsession with madness, the dark and distorted visuals, the highly artistic appearance, the intense shadows and angles, and the high drama all create a gorgeous and unusual film. Though it might not be scary in the modern sense of film it is still impactful and eerie. Maybe the idea of taking on a twenties silent German film this Halloween is scary in itself but it really is an engrossing and fascinating watch and can always be the coolest background visuals anyone could ask for. But if you find yourself loving the early horror then you can always try Nosferatu, Haxan, Vampyr or any of the Universal horror classics.

Halloween may feel like an expected or cliche choice for Halloween viewing, but on top of the perfect name and timeframe, the film itself is pretty perfect. This John Carpenter classic is deservedly beloved, from the surprising opening scene introducing us to future villain icon, Michael Myers, to the fantastic introduction of Jamie Leigh Curtis as one of the best scream queens of all time. The film follows Michael Myers while he stalks and kills teens during Halloween. The film is often creepy and tense and made all the better by one of the best horror music themes ever, created by Carpenter himself. The film struck audiences so strongly it went on to spawn numerous sequels and a recent reboot by Rob Zombie. But if you feel all “Halloween-ed” out then I highly recommend the Carpenter classic I almost chose instead, The Thing. 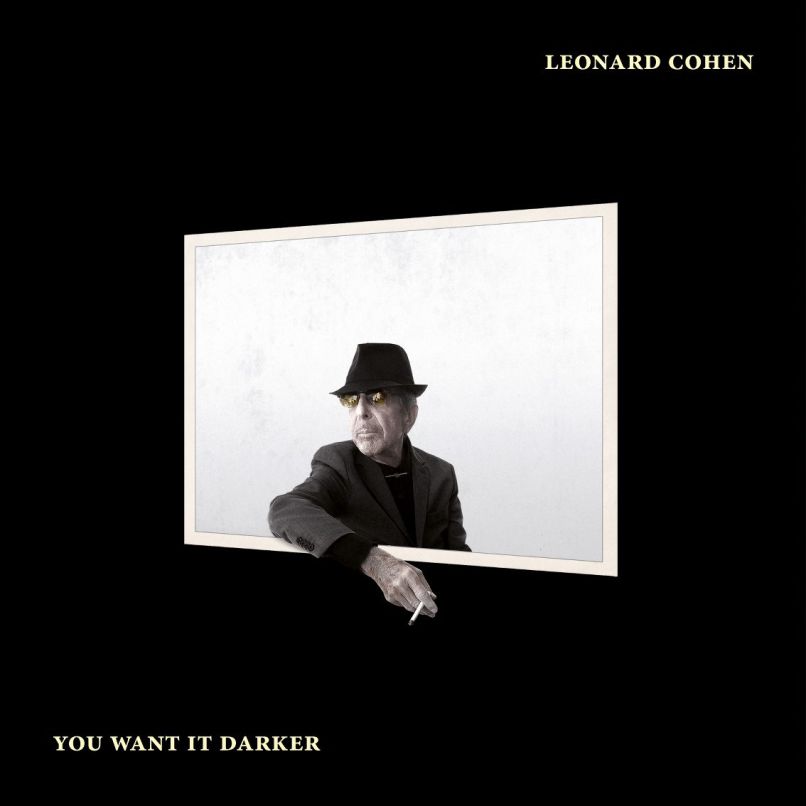 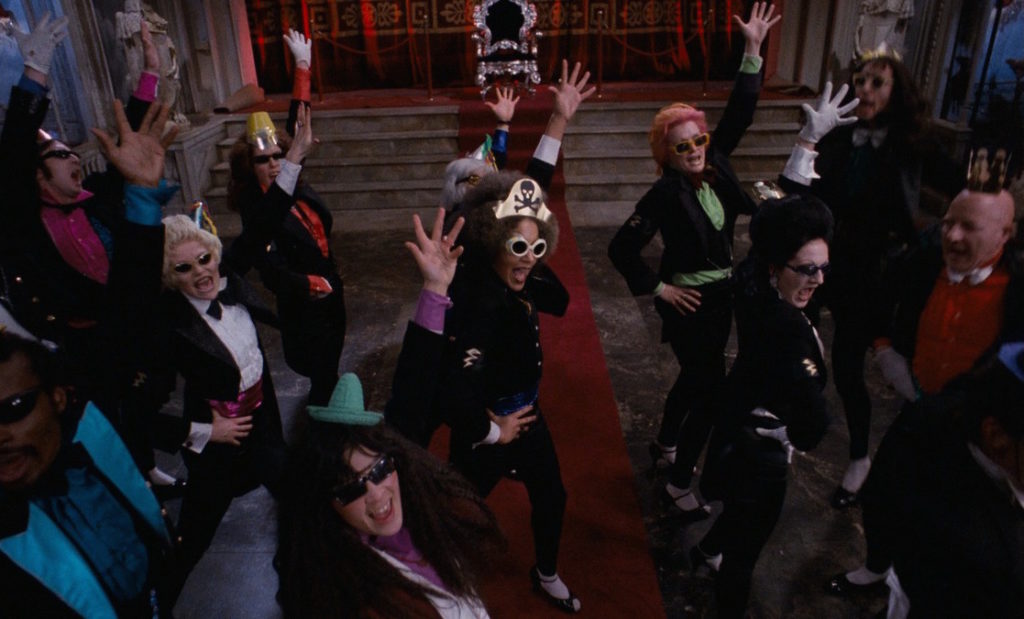