Written by Alex Couts and Evan Harms on December 2, 2016

Before Expire’s Sunday, Oct. 23 matinee show at Sure Man House in Akron, guitarist Zach Dear sat down with BSR’s Alex Couts and Evan Harms to talk house shows, the end of Expire, and next steps for the band. Read some excerpts from the interview below and listen to the full audio.

Evan Harms: What was the reasoning for booking the house show tour?

Zach Dear: “I feel like there’s not a ton of music and genres that do house shows in the scheme of all genres. I think that house shows are important. We, as a band, did so many tours in the last few years that are, like, big stages and barricades, and sh*t I don’t care for. Sometimes you can turn more kids on doing those shows, kids can see their favorite bands that they don’t know their favorite bands yet.

“It was a lot of us reaching out and going into other people’s worlds, and being like ‘this is hardcore, this is hardcore’ and this was like, that was cool, but we’re gonna make everyone come into our world now.”

“You know, last night was some kid’s first house show and he got his nose broken, getting slammed in the head with ceiling tiles, and he left with a smile on his face. He’s like: ‘I gotta go to the hospital and fix my face.’ He had a good time, you know, he was like ‘I’ve never been to a show like this before, this is insane, I’ve seen you guys on tour before with a big barricade with a four foot stage and all this bullsh*t.’ To maybe be the band that could come and do both is cool to me.”

“Especially with the band coming to an end, while we could be doing X tour, we could be playing this and getting X money, why not do twelve shows that make everyone that we tried really hard to get involved in hardcore over the last four or five years come to us. It’s cool, it makes me really psyched. There was like 130 kids packed in a house in Grand Rapids last night, f*cking awesome, it was a madhouse, this is just a cool thing.”

Alex: “It’s the environment you want to be in, right?

Zach: “Yeah, man. Hardcore is underground music and it’s easy to commercialize it a little bit, and we’re guilty of it.That’s all cool, but we’re still a hardcore band. We’ll play in a basement and play to 50 kids, and I think that’s really important, and that’s why this tour is really important.”

Evan: “So after this house show tour, you guys are hitting Australia, Japan and Europe, right? Are those house shows too?

[Jesse from Attitude Era walks out of the house, shirtless]

Zach: “Uhm, but, uhm. Got hella sidetracked there for a second. Jessie, very sick. No not house shows, but  it’ll be cool. The Australia tour will be sick, then we have a month off, then we go to Japan, then two days later we start the last tour.”

“So for any confusion, this is not the last tour. I’ve got kids coming up to me every night tearing up and stuff. I’m have to be like: ‘I’ll be here again. It’ll be okay.’”

Alex: “So this will be the last time you’ll go through playing houses?”

Zach: “This is probably be the last time we play Akron, but Cleveland is five minutes up the way.”

Evan: “After that final farewell tour, is there anything planned? Individually with music between members, or anything?”

Zach: “Marcus and I do a band call Stone, that I sing in and he plays bass in, with three guys from Cross Me [a fellow Milwaukee hardcore band]. That’s gonna go pretty much full time after we do the last tour.”

“Then we’ll finish the last tour, take a few weeks off, finish the LP and go from there. Starting in April that’ll kick in hard. I don’t think music for any of the other guys. Kip [Bass in Expire] is going back to school and getting married and sh*t. Josh [Vocals in Expire] fishes, and uhh…”

Alex: “So fishing and marriage.”

Zach: “No barbers or motorcyclists, no tattoo apprenticeships or piercers. But yeah, close! No rockabilly in their future, for sure.”

Alex: “That’s good, have to steer clear of that.”

Zach: “I wasn’t sure with the hair if you were into Rockabilly [elbows Evan]. Big Stray Cats fan.”

Alex: “Same, same. I work for an eighties cover band. I know all the hits, Adam and the Ants-”

Alex: “Yeah this has been really complete. Thank you so much for your time, man. It was absolutely great talking to you. I’m Alex Couts.” 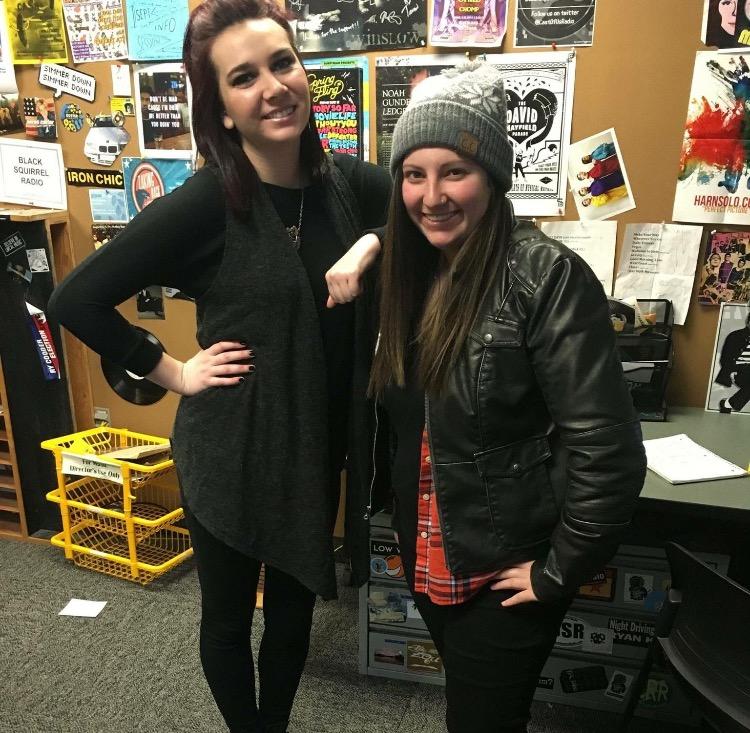