Rock and Roll Hall of Fame legend David Crosby sold out the Kent Stage on the blistering, rainy night of Sunday, November 5th to over 600 baby-boomers and classic rock lovers.

Accompanying him on tour are some of his most beloved musical friends: his son James Raymond on keys, Mai Agan on bass, Steve DiStanislao on drums, Jeff Pevar on guitar and Michelle Willis on keys and vocals. The David Crosby & Friends Tour 2017 are embarking across the country in part of Crosby’s solo album “Croz” and his most recent album “Sky Trails,” released in September.

One of the most touching songs played during the second set was “Sky Trails,” named after the album. Crosby explained the track was written to describe how lost we all get throughout our lives, especially out on the road. Willis accompanied Crosby in a harmonizing duet and you could feel the emotion surge through the audience as they slowly faded their last chords.

Throughout the night of his two sets, Crosby highlighted his musical career and journeys in several of his bands he was in, including CPR, The Byrds and Crosby, Stills & Nash. He talked with the audience as if we were his friends, and told us stories of meeting and working with John Lennon, Mick Jagger and David Gilmour. Crosby got very personal and told us about the period in his life struggling with addiction and performed “Delta” before he told us how his wife helped rejuvenate his writing and passion for music, a song he wrote and performed to her called “Breathless.”

A Kent, Ohio Crosby show wouldn’t be complete of course without a powerful encore of “Ohio,” a song written about the May 4th, 1970 Kent State shootings. The audience yelled out with Crosby, “four dead in Ohio,” before the six respected musicians rocked the last minute on stage, took a bow and strode offstage.

You can listen to Crosby’s new album “Sky Trails” on Spotify or Apple Music.

Tracks in the Dust

She’s Got to Be Somewhere

Homeward Through the Haze

What Are Their Names

My Country, ‘Tis of Thee

Show of the Week: We’re All Gonna Die 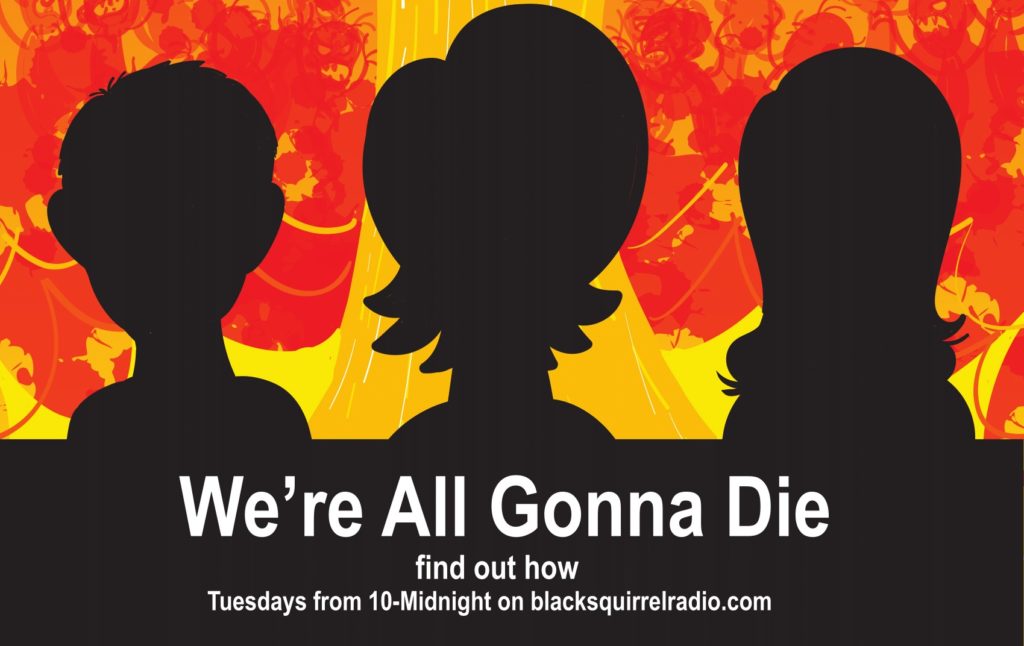