Love was in the air at this special Valentine’s day celebration at the gritty punk bar Now That’s Class. Arriving “late” to the show from Kent, after waiting for Scotty to get off work, we still stood around the venue for at least an hour before the first band set up. Punk time was in no short supply.

Brain Wave, the first opener, gave off a retro garage rock feel. Their snottiness, at first in the vein of Black Lips, eventually gave way to whininess and a pretty unprofessional, boring set all around. The guitarist and vocalist spent a little time complaining about the gear (which someone graciously lent him) and the drummer screamed “F*ck you!” at the crowd after they booed him for parking in a tow-away zone.

Musically, Brain Wave felt redundant and unprofessional, though they had an interesting song that incorporated some droney layering and broke into a stomp reminiscent of newer material by The Sword. I felt that a lot of their songs could have been fun if the tempo was kicked up just a few notches.

Scotty would also like to me make note of how “freakin’ delicious” his bar food was. Now That’s Class usually has a vegan food night every Tuesday from 9 p.m. onward. He and his partner Rayne had a seitan cheesesteak, as well as some vegan mac n cheese and potato salad. He would also like everybody to know they ate this delicious meal during the whole first band’s set. 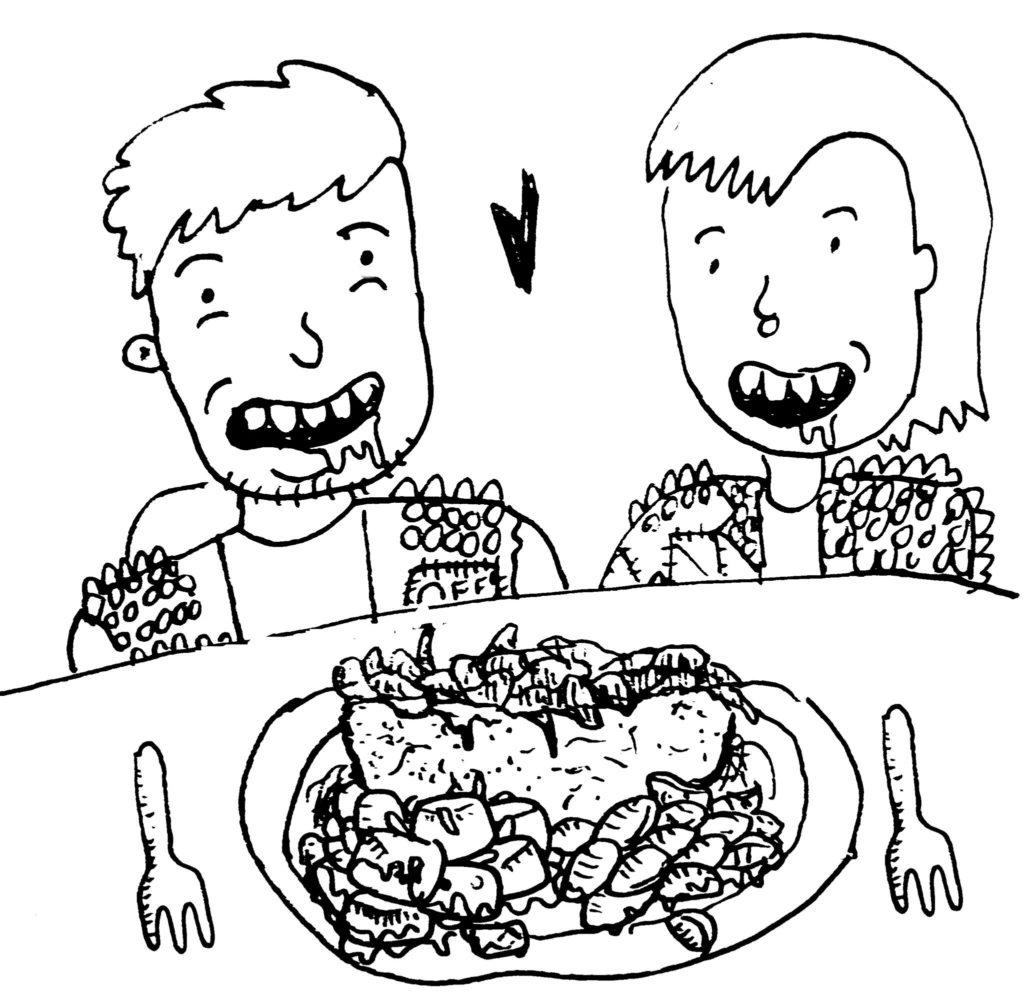 Tonawandas, setting up 2.5 times as much equipment in half the time, brought their rumbling, bizzarro form of punk to the stage. Their guitarist and vocalist donned those faux-futuristic wraparound glasses as the four piece (guitar/vocals, bass, drums, synth) stomped through a goofy set that got the crowd moving, especially one woman who started a ~solo~ circle pit.

Their relatively direct and minimalist approach was interspersed with touches of funk and experimental noise, providing a contrast that Brain Wave was sorely lacking. Their drummer, donning a torn up Thin Lizzy T-shirt, pounded away like a caveman on his very simple set, sans hi-hat. It was really refreshing to see what kind of sounds they could create with relatively sparse equipment and effects. 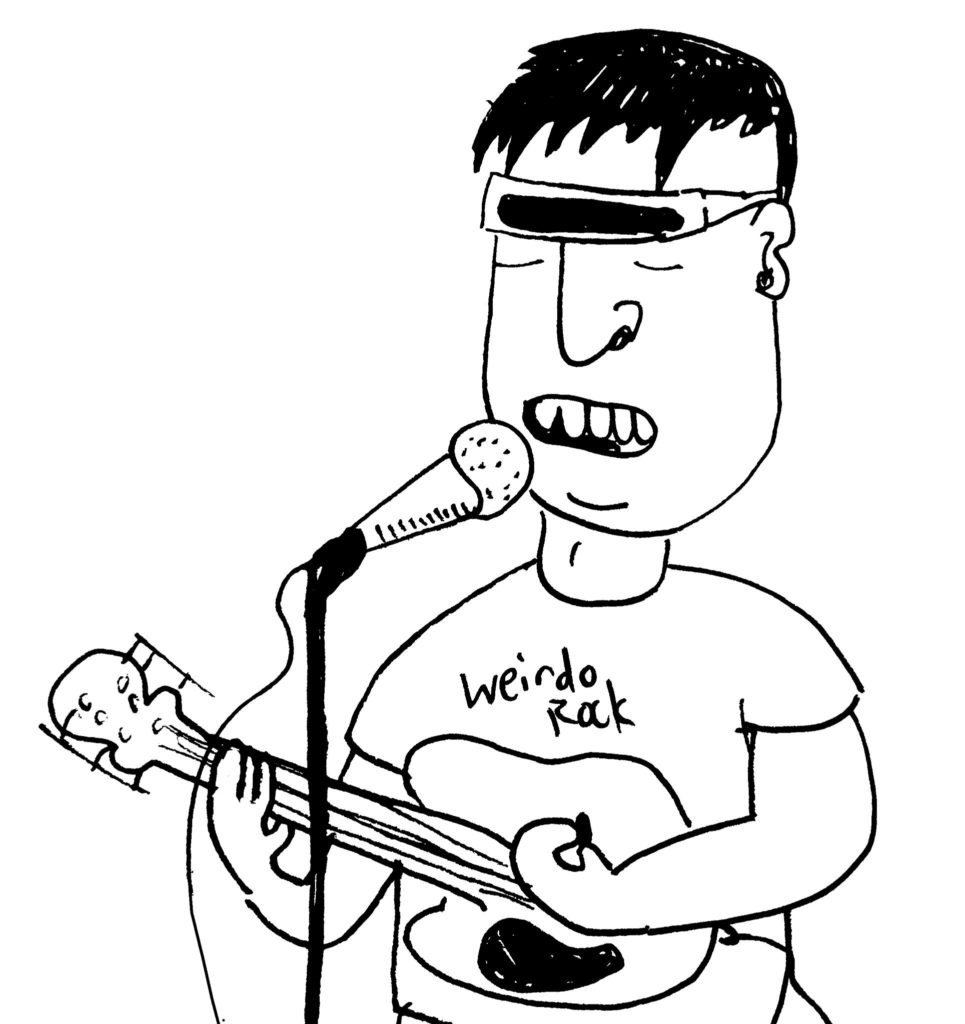 By this time most people in the crowd were hopped up on a variety of things ranging from sugar and hormones on the nicer end to God-knows-what on the other end of the spectrum.

A crew of four rocker-looking fellas then came to the stage, fully clothed, and politely sound-checked (side note: the sound guy was really good and friendly that night, unlike the stereotype that The Hard Times portrays so well.)

It’s not like Nobunny has their own roadies to set up their gear, but it is definitely the audience’s job at shows that involve bands with mysterious identities to suspend their disbelief – which I and many others did as the furry, greasy bunnymen took the stage, one by one.

After that layered intro, adding each instrument one by one, Nobunny hurled into a rowdy energy set, merging Ramonesian punk energy with garage pop aesthetics and pretty unclean bunny masks and outfits.

Sexual overtones were in no short order, with the show being a Valentine’s extravaganza of sorts (and Nobunny wearing nothing but holey black briefs). Lovers were loving, Nobunny was spitting into his own crotch and subsequently shoving the mic down as well (to the disgust of some and to the enjoyment of others (including myself)). A female crowd member was also resolutely chanting “Show us your d*ck / Valentine’s d*ck” between pretty much every song.

The romantical fervor only crescendoed as Nobunny’s hairy, lanky body started glistening with sweat and thrown alcohol. Mixing in covers from related side projects (Hunx And His Punx, Pookie & The Poodlez), they offered a little something for everyone, swinging between weirdly sexual ballads to raw rock tunes, Nobunny put on a show worth going to on a Tuesday night. 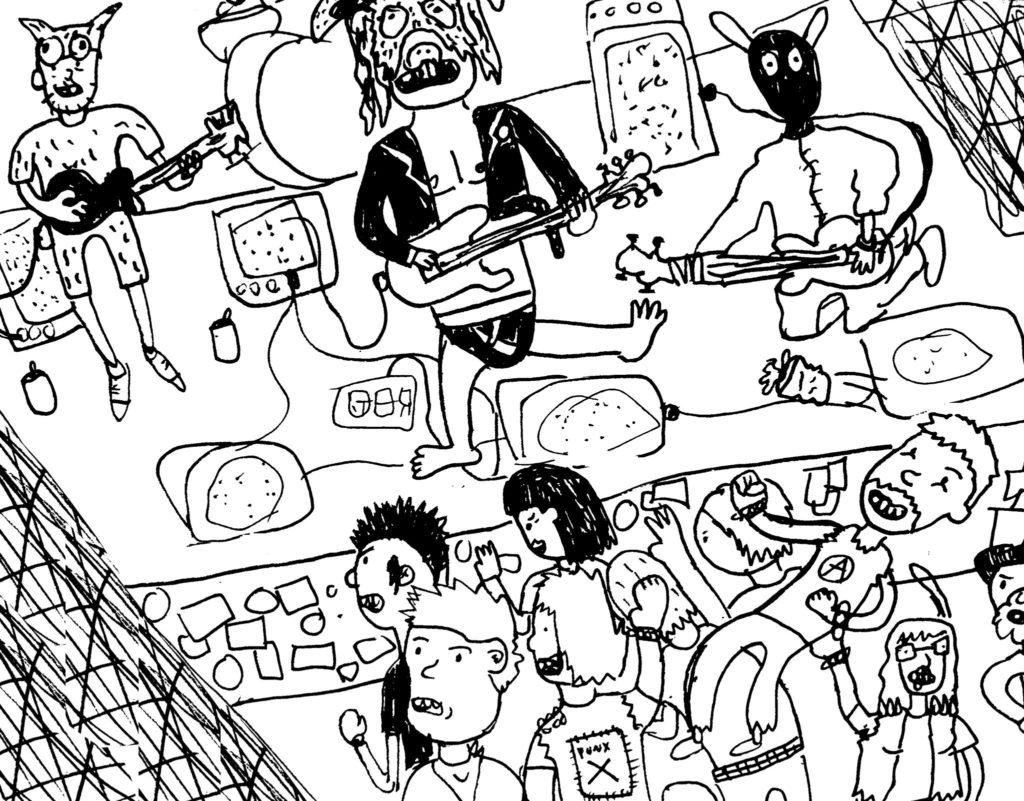 The theatrics were a major part of the show for me, having spent a lot of time in the last couple of years heavily involved in genres of music (and parts of punk) that take themselves very seriously. Nobunny’s costuming, showmanship, light show and general hijinks impressed me and reminded me that punk is allowed to be goofy, fun and flat-out weird.

I will admit that I was surprised to see the bar and concert room really packed for a weekday show, with a very diverse crowd on top of that. There were run-of-the-mill art school punks, some crusties with patched jackets, a school-shooter chic fellow, elderly folks, and even a handful of normies who had clearly never been to a punk show before. This unique blend lent itself to a predominantly positive and wild concert experience.
And, I’m sure, much to the chagrin of the aforementioned woman, there was no “Valentine’s d*ick”. 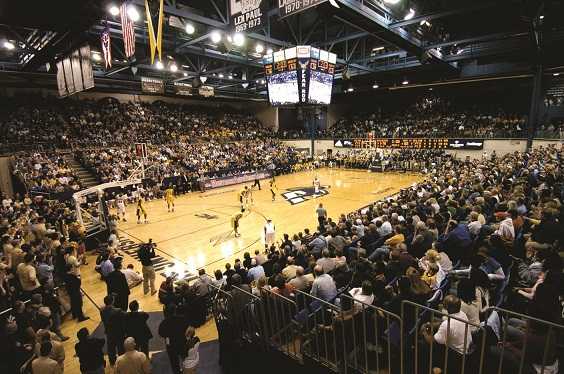 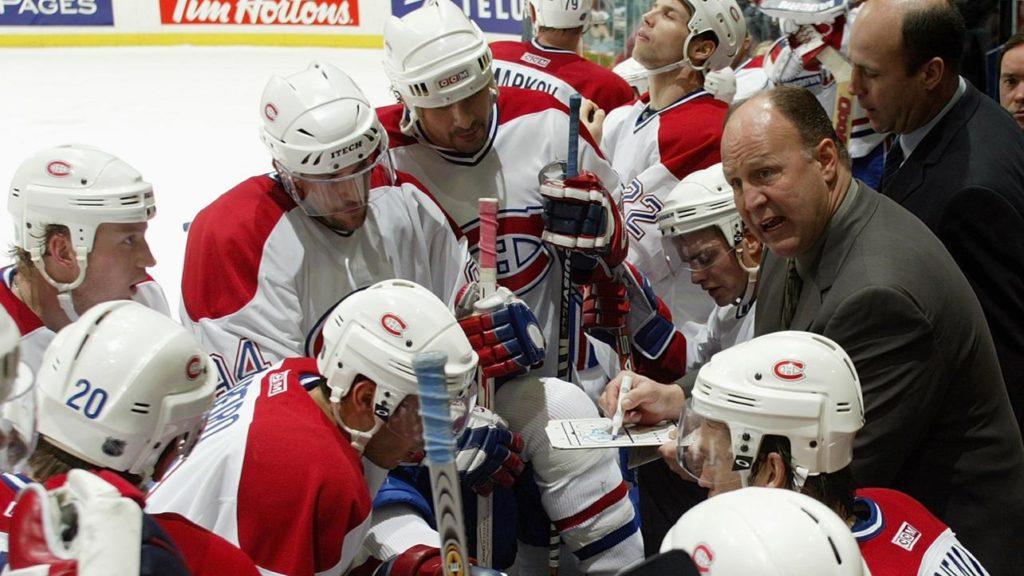