Concert Review: New Politics at the House of Blues

Written by Jenna Kuczkowski on February 19, 2018 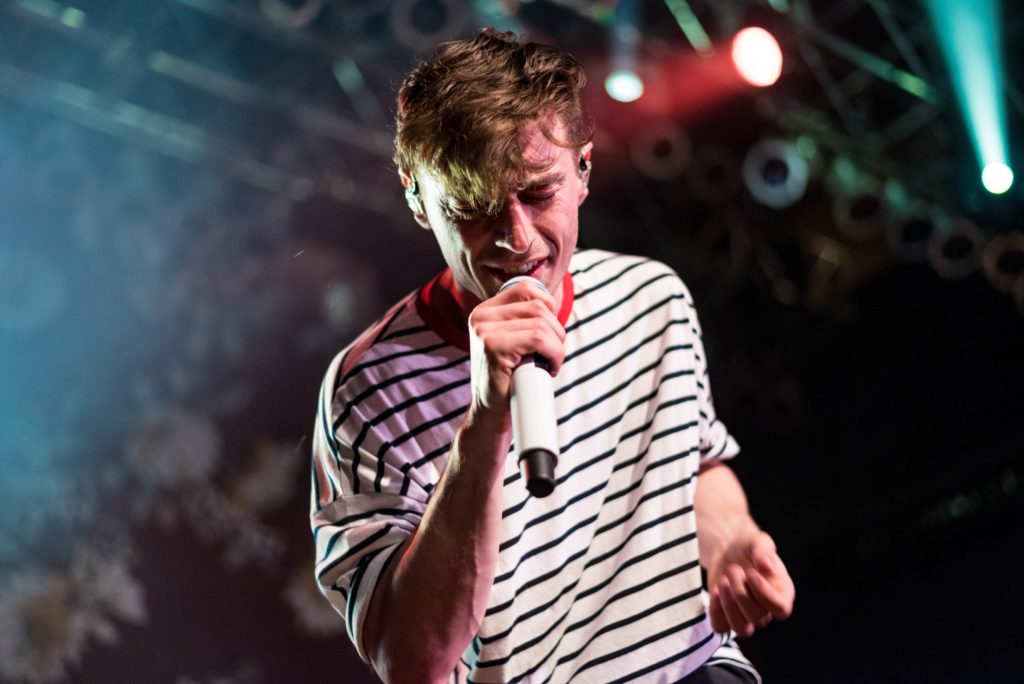 “Hey these guys are pretty good,” a security guard next to the stage yells to me over the roar of the crowd as New Politics finishes their song “Girl Crush” at The House of Blues in Cleveland February 16.

New Politics lead vocalist and frontman David Boyd had the packed floor on their toes all night on the first stop of the bands “Lost in Translation Tour” to promote their new album release of the same title. 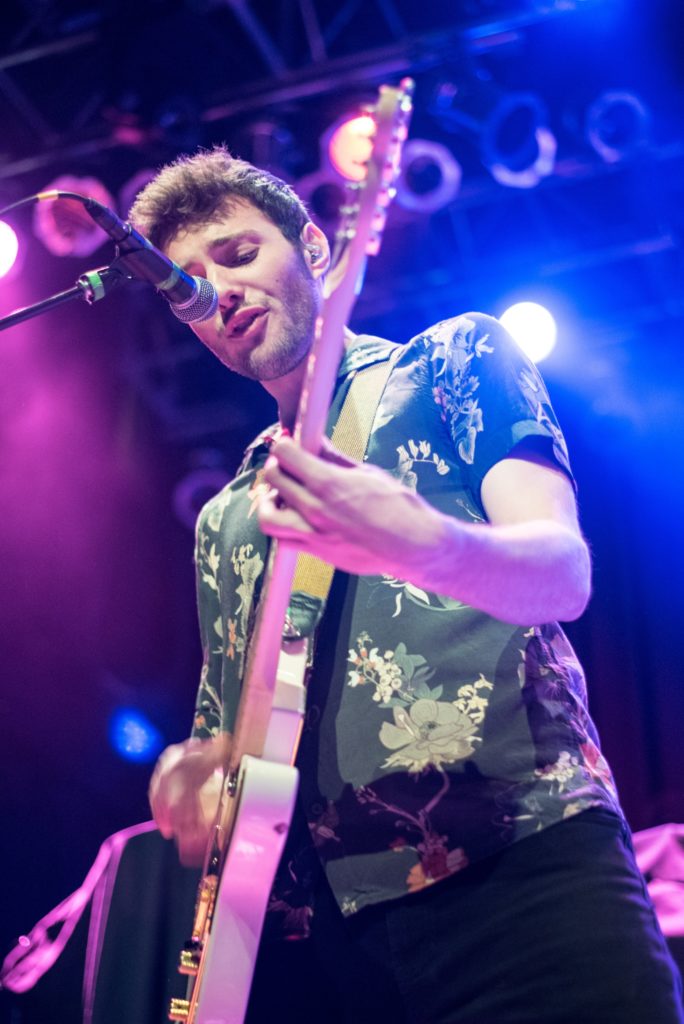 The tour also features supporting acts, The Wrecks and Dreamers, who were both definitely able to warm up the crowd with songs of a similar vibe and style to New Politics. 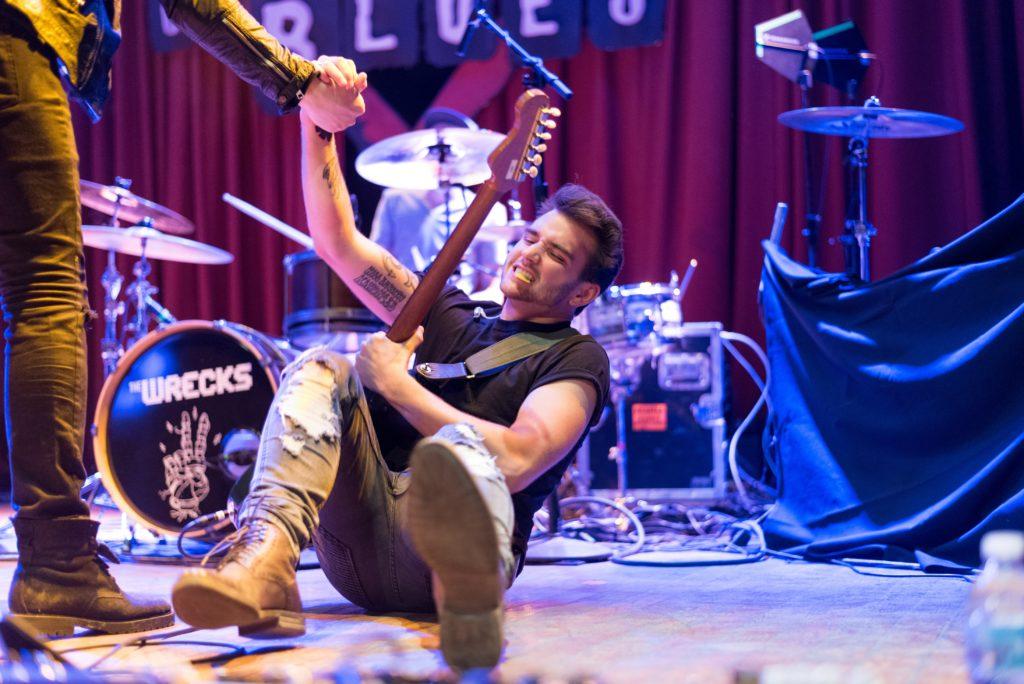 The Wrecks are a 5-piece Los Angeles-based indie rock band who debuted their self recorded EP in December 2015 which gained them popularity in the alternative rock scene. Recently, they released their new EP, Panic Vertigo and have been touring non stop as the opening act for bands like Nothing but Thieves, The Maine, All Time Low and now New Politics. 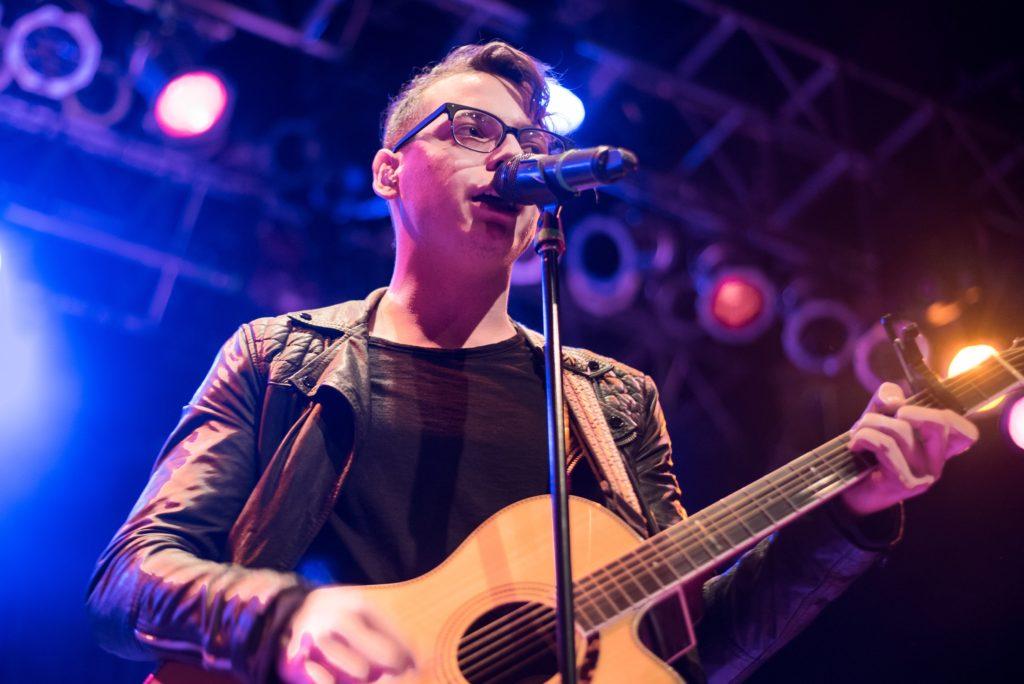 The band opened up the show and after a few songs, all the members got warmed up and began to go full force on stage. Lead singer, Nick Anderson got up close and personal with fans on the barrier numerous times, singing all the while he bounced on and off stage. Meanwhile, guitarist Nick Schmidt moved along to the band’s dancy rock vibe jumping around on stage and on one occasion even hitting the ground where he continued to play. The band played their first single, “Favorite Liar” as well as new fan favorites like “James Dean” off their new EP. 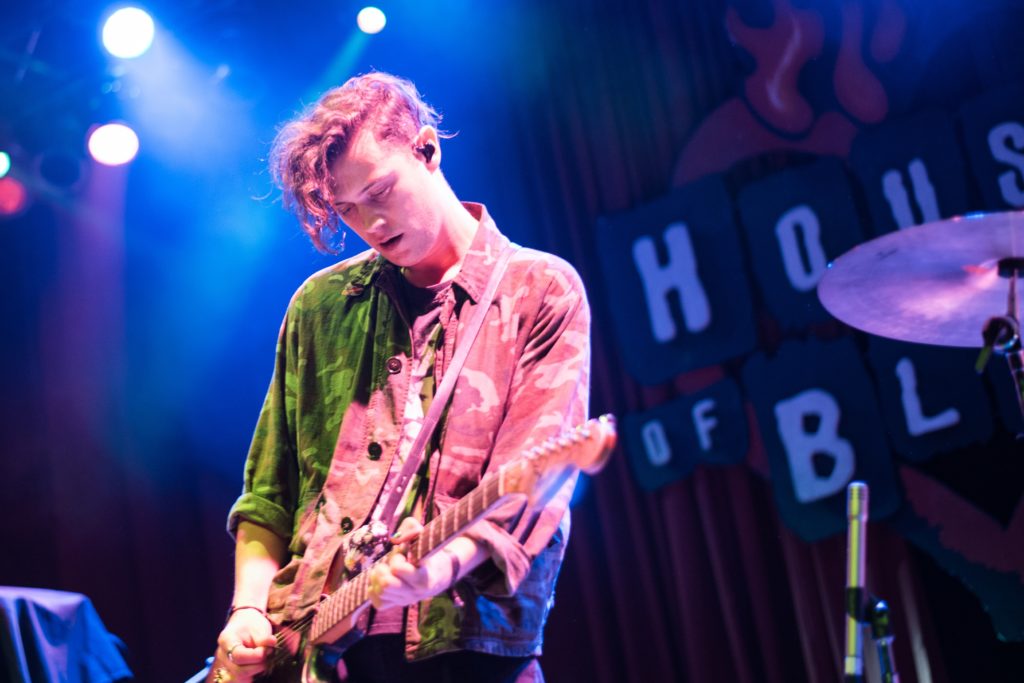 The Wrecks were followed by Dreamers, a 3-piece pop-rock band formed in 2014. The band released their debut self titled EP in 2014 followed by their debut album in 2016 titled, This Album Does Not Exist. Since their start, the band has played everywhere from bars to arenas and even at festivals like Lollapalooza and Firefly.

The band played songs “Sweet Disaster” and “DRUGS” off the their album, both which seemed pretty popular with the crowd. The bands entire set was very high energy but hit a lull when they performed a cover of The Cranberries’ “Zombie” which didn’t seem very recognized by the fans. 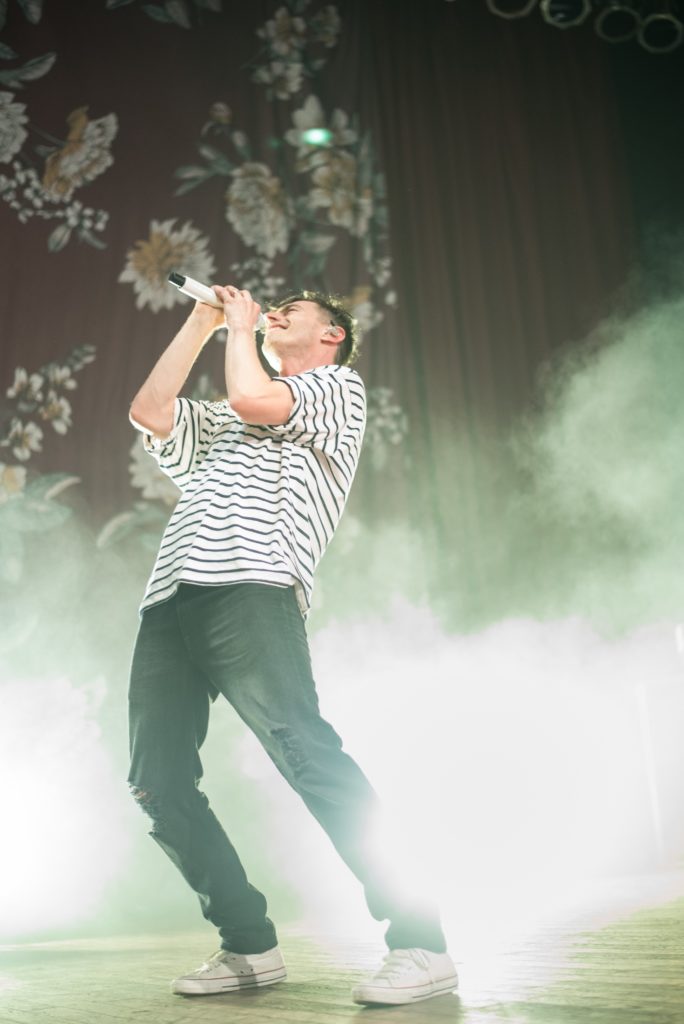 New Politics took the stage to close out the night with their usual dramatic flair: entering with lots of fog and high-contrast spotlights on the dark stage. They used an open, minimalistic stage design which I thought was interesting having no mic stand center stage and the drum set positioned on stage right.

This Danish 3-piece is known for their high-energy live performances and their alternative dance-rock music. The band has released four albums starting with their self titled debut album in 2010 and recently releasing their album, “Lost in Translation”. 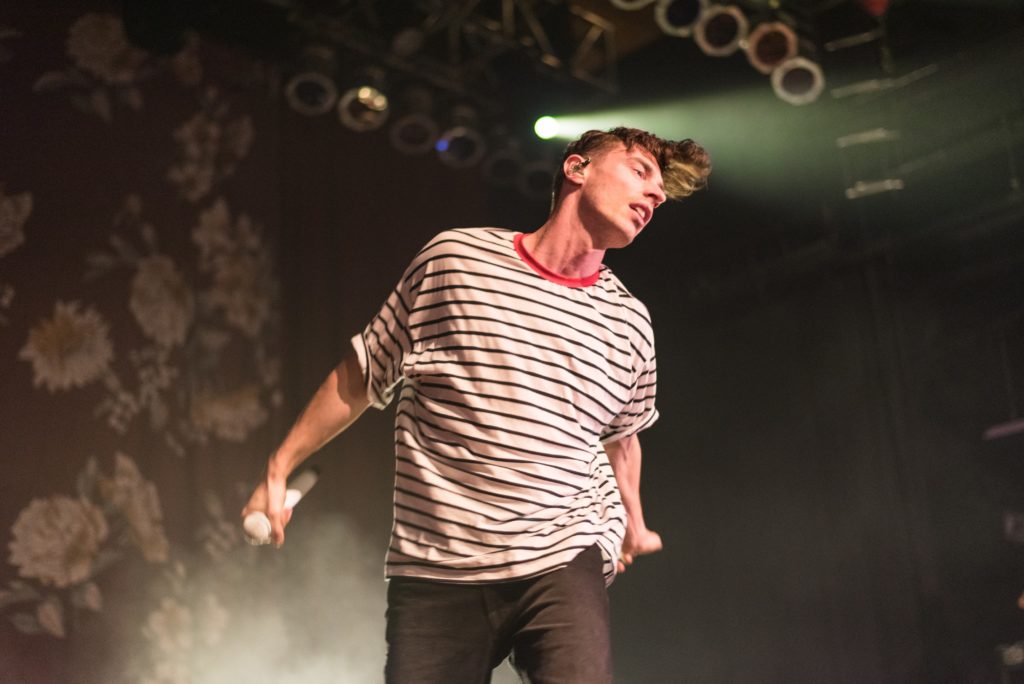 Playing a mix of old and new music like “Harlem” and “Istanbul”, the trio kept all eyes on them as they danced around the stage. Boyd is known for his sporadic breakdancing and did not disappoint as he continued to sing while sliding along the hardwood stage. With a 20 song set, the band gave the fans a little bit of everything and occasionally even slowed it down with songs like “Color Green” and “Stardust”. Finishing the night off with a bang the band played one of their hit singles off their first album, “Yeah Yeah Yeah” leaving the crowd cheering and only wanting more.

Show of the Week: Dunk & Donut 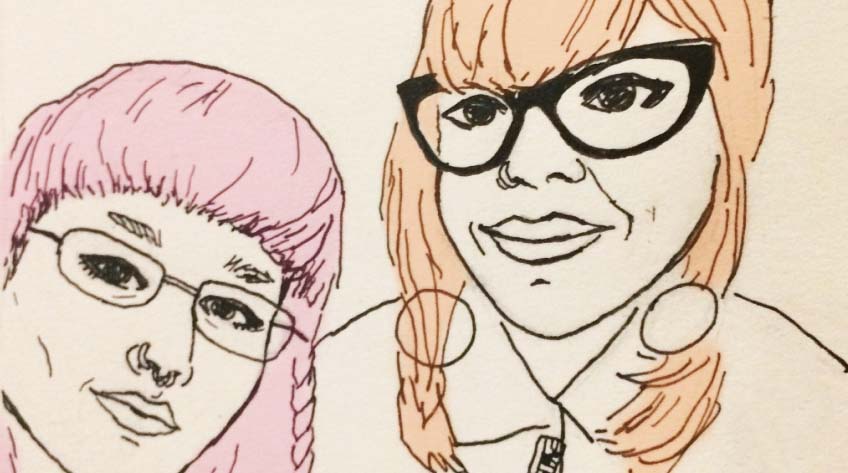 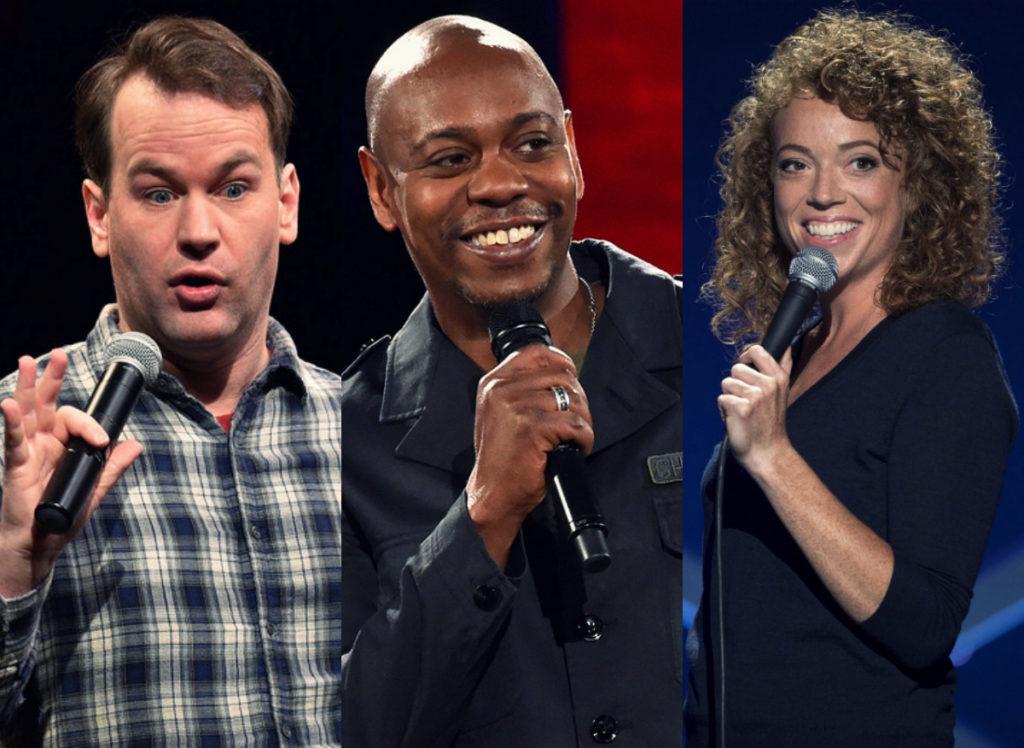