There’s a certain point at a show where I begin to regret my footwear choice. Standing in a pair of cheap, but cute flats for three hours always leaves me ready to skedaddle as soon as the encore is over. But this past weekend at the Beachland Ballroom in Cleveland, indie-electronic rocker Kishi Bashi gave a show that made me forget all about my aching feet.

Kishi Bashi is the pseudonym of the multi-talented Kaoru Ishibashi. While you might not recognize his name, you’ve probably heard of some of the acts he’s associated with; Kishi Bashi has recorded and toured as a violinist for Regina Spektor, of Montreal, Sondre Lerche, and his own project, Jupiter One.

On October 8, the Beachland Ballroom was comfortably crowded, drawing in fans of all ages. I watched two young boys plug their ears as the speakers pulsed with Kishi Bashi’s beat boxing, while an older couple in front nursed their craft beers throughout the night. Talent like Kishi Bashi’s is not generationally limiting.

The singer and multi-instrumentalist’s sound spans genres—while Kishi Bashi is considered experimental, electronic, and alternative, his classical background is apparent, highlighted during violin solos and duets with his cellist. Kishi Bashi started his set at the keyboard, but after two songs, switched to his violin. Using a loop pedal, he created a cosmic soundscape, layering his violin over top itself. He used the same technique and beatboxed on several songs, showing such skill to piece strings of sound together to weave a rhythmic tapestry on the spot. At one point, he stopped his mix of low bass wops, laughing “that was a little scary.”

His band on stage supplied the full sound found on his recordings. The audience heard cello, flute, and melodica solos, in addition to the skillful banjo strummings of Mike Savino from indie-folk band Tall Tall Trees. With Savino, songs turned into percussion breakdowns supplied and circulated by his banjo that glowed neon.

Kishi Bashi’s newest album and reason for his cross-country tour, Sonderlust, was released earlier in September and was produced by Chris Taylor of Grizzly Bear. The title of the album comes from the Dictionary of Obscure Sorrows and means the knowledge that each passerby has a life and past complex as your own. Kishi Bashi elaborates on this concept, singing dreamy and romantic lyrics against a choir and band constructed digitally.

He played new songs including the sweetly sentimental opening track “m’lover” and the funky jam of “Who’d Ya Kill,” in addition to revisiting some of his works from his previous albums. He silenced the audience with his powerful solo piece “I Am the Antichrist to You,” and then countered it with the poppy “The Ballad of Mr. Steak,” inviting a giant dancing steak on stage.

Not only were Kishi Bashi’s songs emotionally uplifting and thought provoking, they also promoted political activism—he looped “don’t vote for Trump” during one track. On stage, Kishi Bashi said he’s spent his life “making music dedicated to community and optimism. ” After attending his show this weekend and emerging from the venue in a better mood and with a smile on my face, I’d say he’s been successful in doing so.

Kishi Bashi continues his tour until early November, and his latest release, Sonderlust, is available on Spotify. 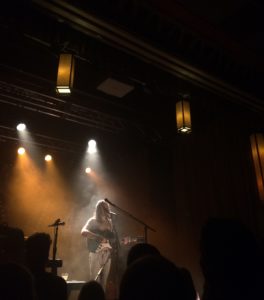 P.S. What I can’t leave out of my review of this show is the rambling opener, Twain. You can’t find him on Spotify (he’s that disconnected from the mainstream), but he’s worth a listen on Bandcamp. In a Father John Misty-style, Twain sang about little angel robots, trips to the dentist, and imaginary conversations with his imaginary wife, Georgia. I was equally confused and delighted at the end of his set. 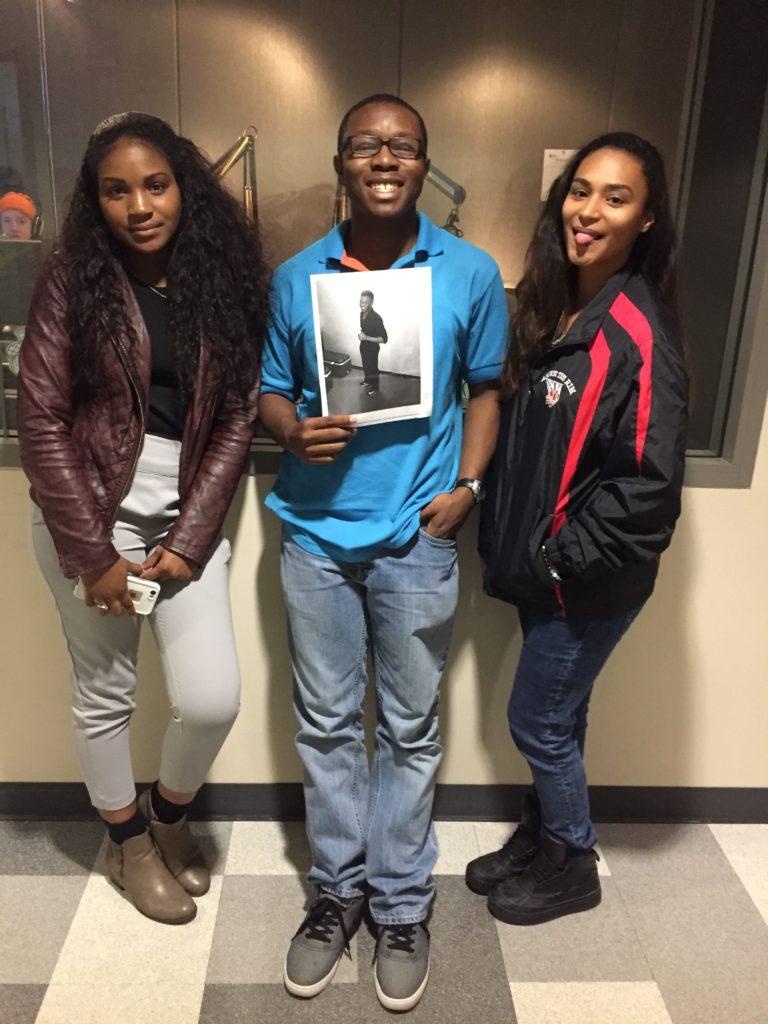