Ohio is not only the home of Black Squirrel Radio it’s also the birthplace of numerous excellent musicians. The BSR web staff collaborated to create a list of numerous key bands and musicians from Ohio. This list of locals has newer bands you should check out and legendary artists. Show Ohio some love by listening to to these BSR staff recommendations.

From Youngstown, Ohio, this six-piece, mixed-genre band are making waves in the music scene. The Bees Trees is made up of Liam Jones on guitar and vocals, Doug Brandt on bass, Ryan Jones on drums, Arran Collins on saxophone and vocals, Justin Randall on trumpet and Dave Humphries on percussion and vocals. They cover a variety of music, playing rock, soul, funk, reggae, jazz and blues. Catch the band playing at various music festivals and venues this summer, including Dog Daze Music Festival, Hippie Fest, Rock the Yough Music Festival and Laniakea Transformational Arts Festival. [Mikala Lugen]

Out of lovely Cleveland Ohio, Cloud Nothings started as the solo project of Dylan Baldi back in 2010. Lo-fi with a grungy pop spin, Cloud Nothings blends the raw guitars we’d expect off of a early Sub-Pop record with melodies that’d even make the most hipster darling bob along to the beat. Whether you need to smash the bones of your enemies, or just want to enjoy the unexpected North Coast sunshine, Cloud Nothings has a track that’ll fit the mood. A staple in the indie-garage rock scene in Cleveland, They are currently wrapping up their tour for their 2017 release “Life Without Sound.” [Miles Purdy]

Columbus Ohio is home to so many incredible and talented punk bands right now that I sometimes get teary-eyed just thinking about how I am perpetually “so close yet so far” from it. As a bit of an outsider looking in, it is hard to ignore just how many amazing groups the city has, and picking just one was truly difficult. Of these bands, Toxic Womb is among my favorites. Their 2016 tape took my breath away the first time I listened to it, and I feel like I’m never really able to get their songs out of my head. As far as I’m concerned, Toxic Womb has created a completely unique brand of punk. Musically they are fresh and all over the place, Mixing hardcore punk with weirdo riffs and just enough melody to be catchy. They manage to integrate a certain level humor and nastiness to their deeply personal and confrontational lyrics, which was obviously important when writing these songs. At one point (in the fourth track, Last Nerve) the music actually stops briefly to give the vocalist, Alissa, a chance to tell off the anonymous target of the lyrics, stating, “You know what mother fucker, I’ve got something to say to you:/ don’t fucking look at me like I owe you anything,/ don’t touch me, don’t look at me/ you’ll be lucky if I decide to spit in your fucking face.” This is a level of straightforward aggression that is missing in a lot of current punk and hardcore music! Toxic Womb will be touring June 2017, and details on that can be found on their Facebook. [Scotty McMaster II]

At this particular moment, Ohio is absolutely over-saturated with twinkly emo and machocore in our beloved DIY circuit. Which isn’t to say they’re the only stuff – bands like SAP push the envelope with politically charged riffage and Cool Dads bask in raw goofiness – but the more shows I go to and play at, the more I feel limited by what our collective scene have to offer. Enter The Unhappy Accidents, Cuyahoga County Community College’s finest batch of debaucherous misfits. Having seen them live and filmed their whole set I can safely say that they blew my brains out, falling around, tackling each other and disrobing. Their salacious combo of noise, grindcore and a touch of improv results flurry of pissed-off, anti-establishment aural fury that leaves little to be desired, except for change of pants, maybe. The band is secretive and only plays the odd show. If you see them on a bill, strap on your Depends and brace for impact. [Evan Harms]

Hailing from THE Kent State University (and Akron), come the original art school band, Devo. Praised by the likes of Iggy Pop and the late David Bowie, Devo made its mark as one of the premier bands in the New Wave genre of the late 70’s-early 80’s. Devo went through dozens of incarnations over the past 40 years, but their most notable lineup consists of two sets of brothers, the Mothersbaughs (Mark and Bob) and the Casales (Gerald and Bob). Though they’re mostly known today as “The guys with the red hats”, Devo has maintained a cult following from a loyal fan base ever since the mid 70’s. Due to the very early synthesizer sound of their music and out-there wardrobe choices, it’s no surprise that DEVO hasn’t aged well since the days of “Whip It”. Even still, songs like “Beautiful World” and Jocko Homo” that take a satirical look at American culture can still resonate today, almost 40 years later. Love em or laugh at em, Devo were a band ahead of their time and do the Kent State community proud. [Reid Smith]

Of the many Christian pop-punk bands to rise to prominence in the mid-2000s, few could match the success of Relient K. The band- formed by three juniors in a Canton high school- took their name from the guitarist’s Plymouth Reliant K-car. The bandmates purposely misspelled the name so they could, you know, avoid getting busted for trademark infringement. Relient K’s trendy pop-punk sound and wide crossover appeal earned them acclaim from both religious and secular audiences, with their fourth album Mmhmm shipping nearly 800,000 copies. Despite the goofiness of the concept of “Christian pop-punk,” it’s difficult to deny the catchiness of tracks like “Who I Am Hates Who I’ve Been” and “Be My Escape.” And the band is from Canton, so that’s cool. [Dylan Reynolds]

The Black Keys are one of the more mainstream groups coming out of Ohio. The duo, consisting of Dan Auerbach on guitar and vocals and Patrick Carney on the drums, hail from our very own city of Akron. While the band started in 2001 with basement shows and home studio-recordings, they didn’t rise to the mainstream scene until 2010 with their album Brothers. Auerbach has also produced and collaborated with many other artists ranging from Lana Del Rey to A$AP Rocky. With a healthy dose of blues influence, heavy guitar, and excellent production The Black Keys manage to create a consistent discography across all eight of their albums. [Kellie Nock]

Jake McElfresh, better known by his stage name Front Porch Step, is a one-man acoustic project hailing from Newark, Ohio. Front Porch Step’s music is perfect if you are very, very sad. His depressing acoustic guitar strums along with his aggressively, borderline angry voice with some mortifying lyrics about the dangers of love, death, and spiralling into a wallowing pit of self-hatred and despair. Front Porch Step came under fire recently after it was alleged he sexually harassed multiple underage girls via sending them unwarranted nude photos. He went on a year-long hiatus to find himself, and returned with a new album, entitled “I Never Loved Before I Found You.” in 2017. [Cameron Hoover]

Ohio is surprisingly the birthplace of some of the most unusual and epic artists of all time. Lux Interior of The Cramps comes from Stow, The Dead Boys are from Cleveland, The Waitresses are from Akron and Guided By Voices are from Dayton. But Jalacy Hawkins a.k.a Screamin’ Jay Hawkins was born and raised in Cleveland, Ohio and that will always be amazing to me. Not because greatness can’t come from the Buckeye State (clearly this list proves there are lots of excellent musicians who hail from here) but because Screamin’ Jay seems so unusual and otherworldly that it baffles me that he came from anywhere. Known for his wild theatrics Hawkins was a pioneer in blues, R&B and shock rock. Though he’s mainly known for his cult classic hit “I Put a Spell On You”, he had a pretty impressive musical and acting career and influenced many others including Alice Cooper, Tom Waits, Black Sabbath and Marilyn Manson. Screamin’ Jay Hawkins had a wildly unusual life and an even more strange legacy and it all started in Ohio. [Brooke Forrest] 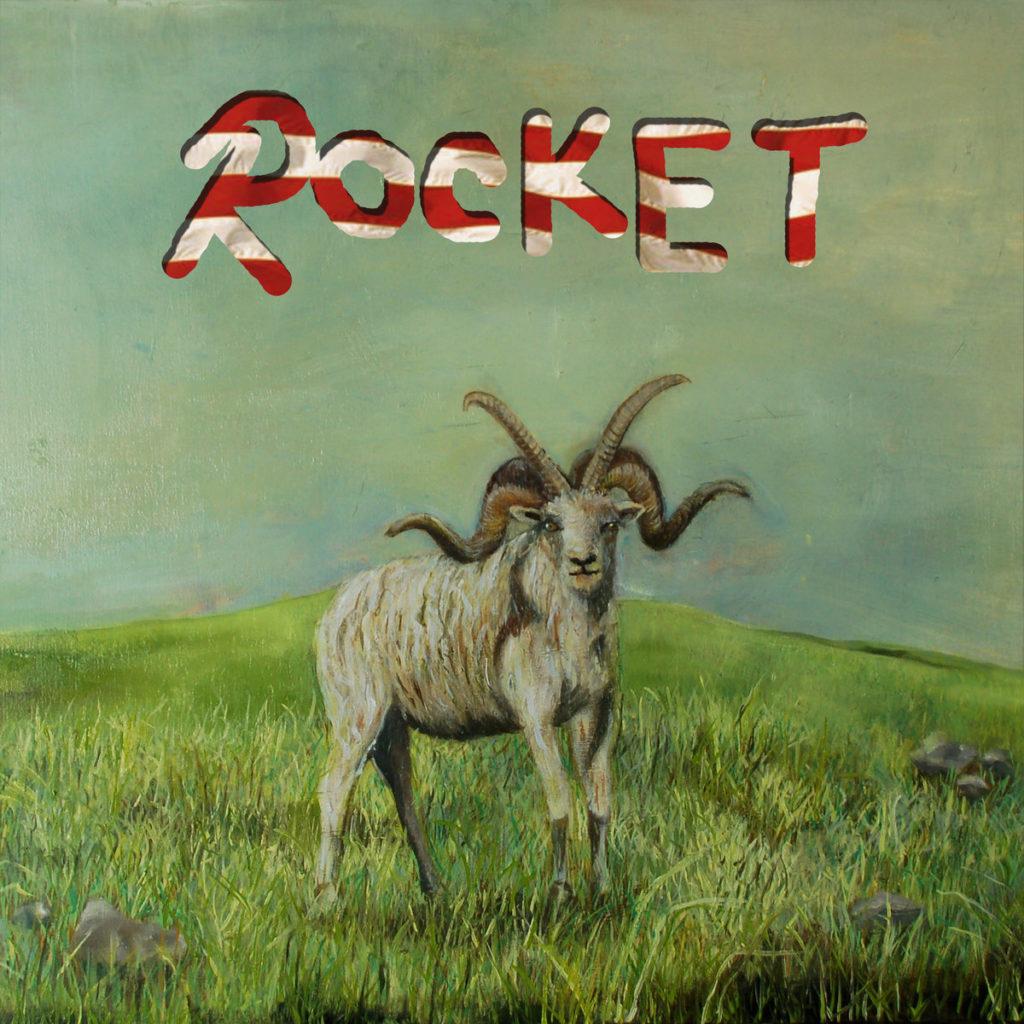 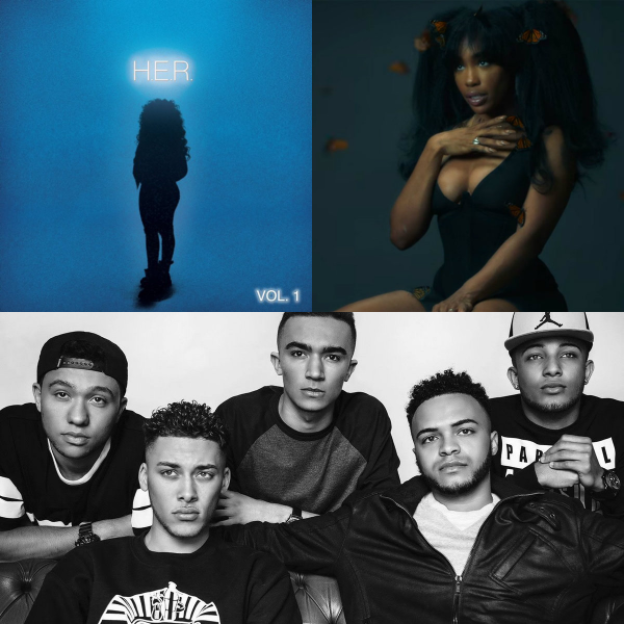