Note: This Mock Draft was already ongoing when the Jets traded for the #3 pick and before Free Agency began.

The Browns cannot afford to wait until the fourth pick to find their quarterback. This is the issue that has plagued the team since its return to Cleveland, and they must take their favorite option here. NFL Network’s Mike Garafolo mentioned last week the Browns were keen on Mayfield at four, so he should still be in the cards at one. Easily my highest-rated QB in this class, Mayfield brings leadership and fire the Browns desperately need, as well as an extremely accurate arm. He can be the one to turn this thing around, as newly-acquired Tyrod Taylor is not the long-term answer.

Eli Manning’s longstanding career in the big apple is over and it’s time for the Giants to select a replacement. Darnold certainly has room to mature but has quite possibly the most talented arm in this year’s class. Shurmur and the Giants would be thrilled to see him on the board when they’re on the clock.

The Colts defense lacks a true pass rusher and Chubb is all that and more. New head coach Frank Reich can confidently use Chubb in a variety of packages and let him wreak havoc on opposing offensive lineman with his freak athletic abilities.

This is the Browns dream scenario: both Saquon Barkley and Minkah Fitzpatrick are on the board. However, this running back class is so deep, and I feel that guys like Derrius Guice and Sony Michel are closer to Barkley then some think. Plus, Cleveland added Carlos Hyde as a free agent. Also, I have questions about Fitzpatrick’s ability to play outside corner, while newly-acquired Damarious Randall is expected to start at free safety. Ward validated his status as the top corner in this class at the Combine, running and testing extremely well. He has all the makings of a legitimate lockdown corner at the next level, coming out of the university known as DBU.

In serious need of a QB, the Jets snag Josh Allen as Kirk Cousins likely goes to Minnesota.

Playing in a division with Matt Ryan, Cam Newton and Drew Brees (assuming he goes back to New Orleans), Tampa Bay is going to always need help in the secondary to slow down the aforementioned quarterbacks. Fitzpatrick would be a great fit next to safety Justin Evans and gives the Bucs a piece to move all over. His ability and comfortability in the slot also compliment Vernon Hargreaves and Brent Grimes nicely.

The Bears need to surround Mitchell Trubisky with playmakers. Even if they get a good wide-out in free agency, they will still look to solidify the receiving corp. with Kevin White being injury-prone and having only 21 career receptions, this is a good move to help out Trubisky.

The 49ers addressed a key need at corner with the Richard Sherman signing. With this pick, they choose to pair Reuben Foster with an athletic ballhawk of a Linebacker. Smith will be the perfect addition to an already solid front seven.

The Raiders need a corner and with Denzel Ward gone, Josh Jackson is their guy.

Miami has had an interesting start to the league year, to say the least, trading away Jarvis Landry while adding middle-of-the-road receivers in Albert Wilson and Danny Amendola. Logically, quarterback Josh Rosen would be the pick here. However, the Dolphins have been very illogical recently, and I believe they still are committed to Ryan Tannehill for the short and long-term (for some reason). Instead, they take one of the best three players in the draft in Nelson, who will help bolster an underachieving offensive line.

Well this worked out pretty well for the Bills, didn’t it? The Bills just made a trade with the Bengals to move up to 12 to presumably make it easier to acquire a QB after the trade of Tyrod Taylor. The Bills are looking to move up into the top 5, but in this scenario they don’t have to.

Washington badly needs a quality safety, and James has been noted as one of the purest defenders in the draft. At 6’3, 215 lbs., James has the room to grow into the next great Washington safety.

The Packers need help with their pass rush and Davenport is a well-needed addition.

The signing of Sam Bradford does not mean anything for the Cardinals. They have a lot of holes they need to fill, but they need to find their franchise QB in this draft, and Rudolph is the best QB on the board.

Baltimore is desperate for playmakers on offense…so desperate that they just handed out a 4-year/$29M contract to Ryan Grant. Mike Wallace is a free agent and Jeremy Maclin is likely to be cut in the coming days, while Breshad Perriman has not panned out yet. Moore is quickly rising up draft boards, and the Ravens have a chance to land a very underrated but solid receiver right in their backyard.

The Seahawks have had about as interesting an offseason as any team has had in recent memory. Gone are defensive staples, Richard Sherman and Michael Bennett. So where do the Hawks go with their first rounder? Offensive line. This is a Seahawks line that still is abysmal and that needs to protect Russell Wilson. Hernandez probably won’t make many Seattle fans happy on draft day, but it’s a pick that’ll help keep Russ standing upright.

While the Cowboys could elect to go defense with their first-round pick, I believe that Dez Bryant is on the decline and the Cowboys need to maximize the talent he has left. A wide receiver like Kirk would take pressure off of Bryant to produce and may allow Dak Prescott to develop further as well.

The Lions did a lot during free agency in the 2017 offseason to sure up their offensive line by signing Rick Wagner away from Baltimore and T.J. Lang away from Green Bay. However, this left one gaping need at Left Guard that was evident throughout the season. Isaiah Wynn would be a perfect candidate to step into the Lions starting rotation from day one.

Cincinnati’s tackles may have been the worst duo in the NFL last season. This season, they will be far from that. Acquiring former Bills left tackle Cordy Glenn will do wonders for their line, but selecting McGlinchey, a member of the vaunted Notre Dame front line, would help to sure up the right tackle position as well.

This pick could very well be traded, potentially to the Browns as a part of a package for the #4 overall pick, but if the Bills stay put and are able to get their QB at 12 like they do in this draft, they should get him a bigtime playmaker. Kelvin Benjamin was acquired at the deadline last year, and Zay Jones was solid near the end of the year, but you can never have enough weapons in today’s league. Sutton adds another talented receiver for Rosen.

The Rams have had a killer offseason, grabbing Aqib Talib, Marcus Peters, Sam Shields and potentially Suh. They really don’t have many holes to speak of, but a guy like Kolton Miller is too good to pass up on here.

The conventional wisdom here would have been to take a defensive lineman to replace Star Lotulelei, who’s headed north to Buffalo. However, with the news of Greg Olsen auditioning for ESPN’s MNF gig and possibly having an opportunity with Fox, tight end is a position that needs to be addressed, whether life after Olsen begins this offseason for Carolina or next.

Inexplicably, the youthful and talented Edmunds, a top 15 talent, slips to the Titans here at 25. They could use another pass rusher to add to their defense after adding a CB in Malcolm Butler.

The Falcons could lose four pieces on their D-Line. Poe and Clayborn have already signed elsewhere. Payne is a pass-stuffer that makes sense

The Saints flirted with bringing Jimmy Graham back this offseason, but after Graham chose to sign with the Green Bay Packers, New Orleans can take the freakishly athletic Gesicki and add a dynamic weapon to their aerial attack.

Cornerback remains one of Pittsburgh’s highest needs, and if they don’t trade up for a higher prospect, they may settle for Louisville’s top defender from last season.

With Allen Robinson gone, Jacksonville will need to give Blake Bortles another target, and the youth of a rookie coming in can extend the Jaguars’ elite core to make multiple potential Super Bowl runs.

After signing Kirk Cousins in free agency, the Vikings next task is to protect him. Although Pat Elflein is the starting center, the Vikings lacked consistent play from both guard positions last season. Daniels possesses the athleticism and is a great second-level blocker.

Bill Belichick has taken bigger headcases and made them work, Brown had a miserable combine but his Pro-Day made up for it.

The Eagles really could use an offensive lineman here, but with the top guys off the board, they go with another dangerous pass rusher to add to their stable of pass rushers they already have. 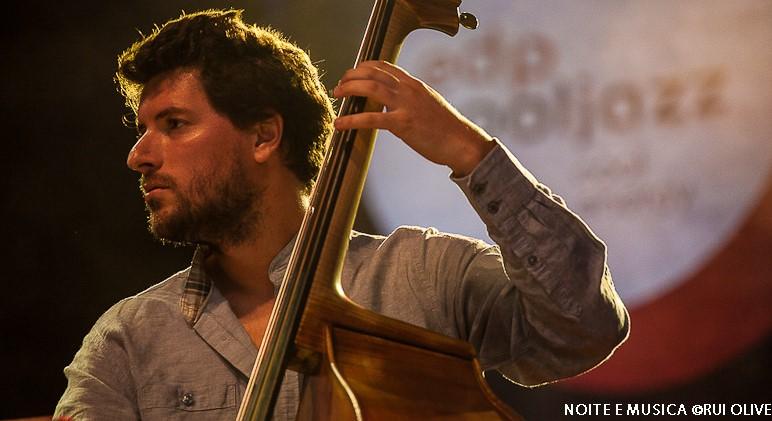 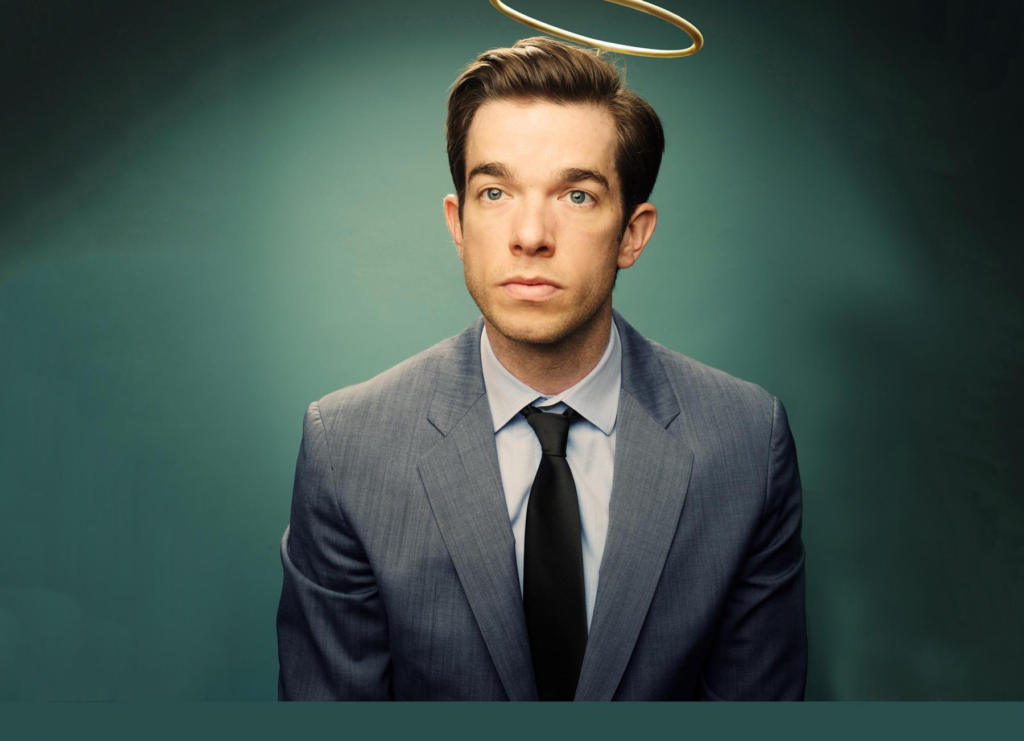