The Black Squirrel Radio Sports staff is getting in on the NFL mock draft game! Check back every two weeks to see the latest NFL mock draft from the Members of the BSR Sports Department. With that being said, let’s get into the picks!

Although I believe, Barkley and Fitzpatrick are better overall talents, it is obvious the Browns need a QB. They may take one here instead of at 4 to ensure they get their guy. Darnold seems to be the most NFL ready and has the most upside out of all the QBs.

Despite the Giants boasting a horrendous running game over the course of the last two seasons, it’s almost a foregone conclusion that they select the heir to Eli Manning’s throne (if you can call it that) in the upcoming draft. Rosen likely has the most fine-tuned skill set of anyone in the draft and certainly has the arm to be a savior in the big apple. The question is whether his hotshot attitude will mix well with the weekly diva-like antics of generational talent Odell Beckham Jr.

The Colts are in desperate need of a running game. Frank Gore will not be around much longer, and Barkley can do it all out of the backfield, helping take the pressure off Andrew Luck.

After taking their QB of the future (hopefully) with the #1 pick, the Browns will take the best player available. Fitzpatrick is a corner with great coverage and ball skills who could develop into a shutdown corner within his first couple years in the league.

Barring some major signing of a veteran QB, the Broncos fill their need with an experienced blue-chip prospect that many are claiming the Browns would take with the #1 pick. He’s big, tough, strong-armed; he’s Peyton Manning at a mid-major program.

Josh McCown is a walking injury waiting to happen and if the Jets don’t throw the bank at Kirk Cousins the Jets need a new fresh face at QB.

The Bucs get another young CB to pair opposite of Vernon Hargreaves. Jackson shined at Iowa and in a division with Drew Brees, Matt Ryan and Cam Newton you need corners that can get the job done.

After drafting Trubisky last year, the Bears must now surround the second year QB with weapons. Ridley is a big-bodied wideout with a huge catch radius that would be a welcomed addition to a depleted Bears receiving corps.

Bradley Chubb falls from the top three to the 49ers at nine. The 49ers already have a talented stable of pass rushers, but Chubb is too good to pass up.

The Raiders keep it simple and go with the best player left on the board. Linebacker may not be a need but the Raiders can’t pass on this kind of defensive talent. Smith is an uber-talented tackler and athlete and should be in the league for years to come if he can kick the injury bug.

The Dolphins CB depth chart is filled with a bunch of young, inexperienced guys. While the Dolphins have plenty of holes on offense, Ward is an NFL ready talent who could develop into a dominant corner.

The Bengals need to keep Andy Dalton’s pocket clean with some new O-Line help. Who is a better fit to fill that role than the son of a former NFL O-Lineman?

Tremaine Edwards is a player who will continue to rise up draft boards over the coming months. He can play inside, he can play outside, he can play wherever you ask him to play. The Redskins need a linebacker, and he fits the bill.

The Packers were in the bottom third of the league last year against the pass and are in desperate need of a corner. However, Josh Jackson and Denzel Ward are off the board. The next best way to slow down a passing attack? Get after the quarterback. Landry has dealt with some injury concerns, but is at or near the top of every edge list and is an obvious heir-apparent for Clay Matthews.

With very few options left at QB in this draft, the Cardinals take a risk on a more traditional slinger with bloated college numbers. After Carson Palmer’s retirement and having three QB options on the free agent market, it’s all they can do.

In a shocking move, the Ravens go with a big bodied 6’5 receiver in Allen Lazard. Lazard gives Joe Flacco a physically large receiving target he hasn’t had since Anquan Boldin.

The Chargers already boast one of the most talented rosters in the league. They have arguably the best pass rushing duo in the game with Melvin Ingram and Joey Bosa. They also already have an All-Pro corner in Casey Heyward. James can make the Chargers defense special. They add a versatile weapon in FSU’s Derwin James.

Arguably the best player in the draft, it is shocking that Nelson lasted this long. He could go as high as second-overall to the Giants, but slides to the Seahawks here, in a huge position of need. Nelson could end up being a better pro than former Notre Dame guard Zack Martin, who is widely considered to be one of the best interior offensive lineman in the NFL. This is a huge get for whoever will be running the ball in Seattle next year, as well as for protecting Russell Wilson.

The mighty Cowboys offensive line of two years ago ceased to exist this past season, as the loss of Doug Free made them seem mortal. Billy Price is by far the best interior lineman in the draft and will help to sure up a Cowboys’ interior that struggled with the extensive use of Johnathan Cooper.

Jones will add big plays to the Lions backfield who haven’t had a legit RB (it seems) since Barry Sanders.

The Bills will try to look at a QB if one is available but trying to replace Marcell Dareus is also a priority.

Buffalo could look at Mason Rudolph if he’s still on the board but they’ll take his college teammate instead.

The Rams are set to possibly lose Lamarcus Joyner and Trumaine Johnson this offseason, so a young defensive back could be on the table for them at this pick. A team that improved tenfold last season, the Rams are pretty solid in most positions.

The Panthers are in desperate need of a number one receiver and they get that with Sutton. He slots in with their already dangerous combo of Greg Olsen and Devin Funchess to provide Cam Newton with the weapons he needs in a tough NFC South.

The Titans could go a million different ways with this pick, a receiver like Christian Kirk, a corner like Mike Hughes, but instead, they go with Arden Key an Edge rusher from LSU. Key has the talent to be a top 5 pick, but he has some off the field issues that push him this far down. New Head Coach Mike Vrabel wants a top playmaker on the Defensive edge and Key can be just that.

The Falcons could look for a DT here, but they’re still getting the best defensive lineman available. The dangerous Falcons pass rush gets another asset with Hubbard from the talented Buckeye D-Line.

Coby Fleener has been a disappointment in the Big Easy, and Drew Brees isn’t getting younger. The defense took a huge step up this past season, though if you want to get a big pass catcher in the mix in the mix. At 6-4 (260 LBs) he can block and catch, taking more pressure off of Brees as he slowly begins to (eventually) decline, and saving cap space by cutting Fleener. A defensive player like Raquon Smith could also be a fit here for depth purposes at linebacker.

There is a glaring hole at linebacker with Ryan Shazier’s future filled with uncertainty. However, the NFL is a quarterback-driven league, and the Steelers have a QB FOR NOW. Big Ben has come out and said he’d like to play three more years, and then after that, he could retire, though we do not know for certain. Josh Dobbs is probably not the successor the Steelers will be looking for, so by drafting Jackson, you can let him Develop behind Ben in a winning culture, and if Ben decides to hang it up in three years, the Steelers could have a very smooth transition to Jackson.

It’s not a given that the Jags will use their Franchise Tag on Allen Robinson. Though if they let Robinson walk free, that opens up a hole in the offense and receiver becomes a need. Kirk can come in and play without the whole show being on his shoulders, as the Jags still have enough weapons, like Leonard Fournette, to surround Blake Bortles with talent and let their defense carry them again, just like this past season.

This Vikings team really has no glaring needs. They will return at least one of their quarterbacks, or pursue Kirk Cousins, and have an abundance of playmakers on offense. On the other side, they could add some depth on the defensive line, but otherwise, have a loaded defense. While the interior offensive line is not super sexy, Wynn had a great week at the Senior Bowl when he was moved inside to guard, the position he will play for Minnesota.

The Patriots are not in desperate need of a particular position. Though they were shorthanded when it comes to Edge rushers, the return of 2017 3rd round pick Derek Rivers as well as linebacker D’onta Hightower should help to bolster that position group. Hence, they decide to add some secondary depth in the first round.

Considering the fact Nigel Bradham may leave in free agency, the Eagles will need to replace him at left outside linebacker. Jefferson is the man for the job at the end of the first round.

Check back in two weeks for another BSR Sports Staff mock draft, where each staff member will have 3 new teams. 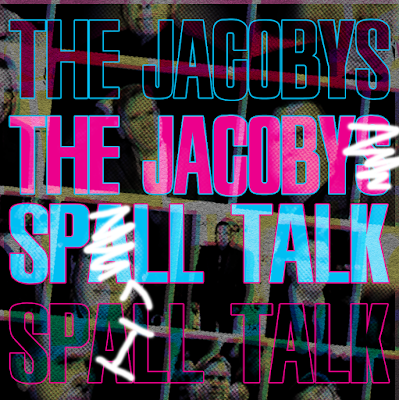 Get Your Heart On Valentine’s Concert at Euro Gyro 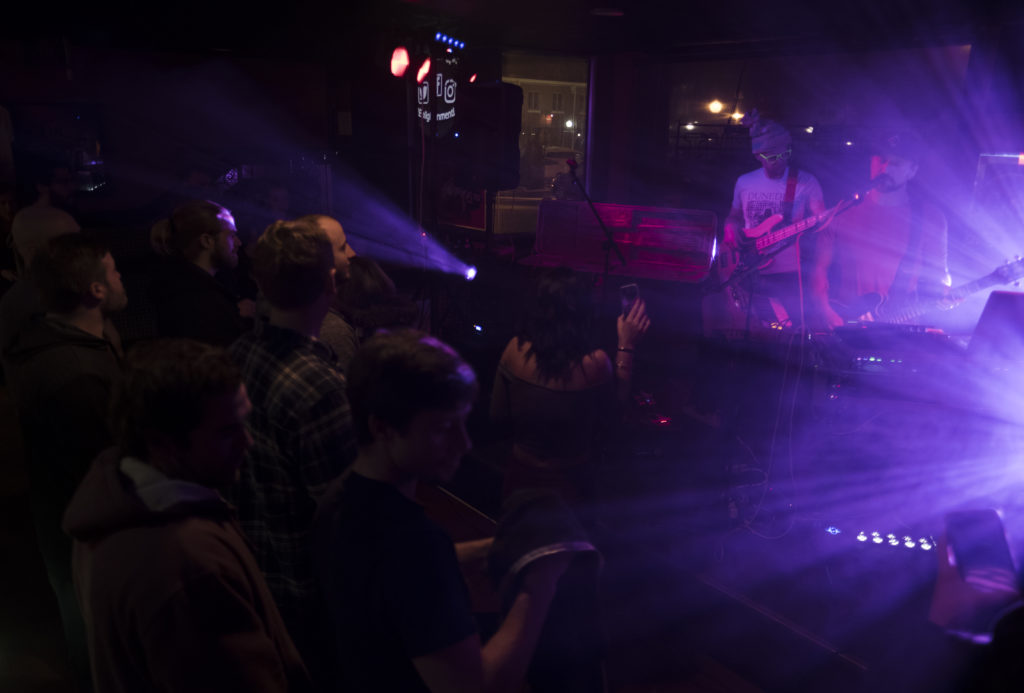