All photos courtesy of Marvel

There is no better time or place than here and now for Black Panther–on many levels.

Directed by Ryan Coogler (Creed, Fruitvale Station), Panther has created a moment of change for Marvel movies, and with hope, all superhero movies. Minor spoilers ahead for Black Panther.

There is no great, alien threat to the people of Wakanda, the fictional land in which the main character of Panther, T’Challa, is the newly-crowned king of. There are no giant spaceships descending ominously in the final act, to steal some great artifact. Rather, it’s a superhero story about the decisions we make and how they shape us. 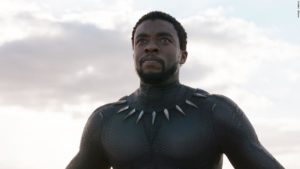 Chadwick Boseman, playing the role of the titular ‘Black Panther’/King T’Challa, does a great job at showing the complexities of a man, a king, a career superhero. He brings power and alternatively, a sheepish gentleness to the character. Without spoiling too much, his character arc is tight and logical, providing the main momentum for the plot.

Other standout roles include Letitia Wright as the princess Shuri, T’Challa’s little sister. Her charm and wit makes for a believable character while not being confined to the ‘annoying, little sister’ cliche. Some of my favorite scenes were the ones where her and Boseman shared the screen, showing off their sibling relationship with a sort of ease. Also worth mentioning, Danai Gurira’s Okoye, the general of T’Challa’s personal guard. She played the wryness of essentially a royal babysitter well, while still maintaining the fierceness of her loyalty to Wakanda. 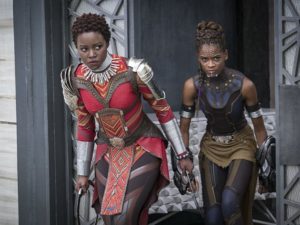 Lupita Nyong’o as Nakia and Letitia Wright as Shuri

Basically, the female cast was one of my favorite parts. Lupita Nyong’o and Angela Bassett did a great job as T’Challa’s ex-girlfriend Nakia, and his mother Ramonda, respectively, though I would have liked to see more of Bassett.

I enjoyed the villains, but I wish they would have given Michael B. Jordan a little bit more with Killmonger. As much as I enjoyed the end of his character arc, the depth that it had was basically introduced halfway into the movie, whereas I would have liked to see it earlier. I understand time constraints are always an issue, but the end of his arc is so satisfying, it would be great to see that all way through.

The plot is tight, despite a little meandering in the second act, and often times, it is easy to forget that you’re watching a Marvel movie. No offense to Marvel, but Panther doesn’t drag its feet the way that Avengers: Age of Ultron did, nor does it merely present itself as sequel fodder the way that Thor & Thor: The Dark World did. Panther goes from Point A to Point B in a concise, deliberate way.

Wakanda, itself, was a character in the movie, from the beautiful, Art-Deco-esque architecture, to the sweeping plains. There is no doubt that Panther is one of, if not the most, beautiful Marvel movie. The costumes are colorful, and well-researched, taking inspiration from the garb of many real African tribes. The scenes in South Korea are neon, backlit, a beautiful contrast to the natural sunlight of Wakanda.

Panther is culturally significant, in its storytelling and characters. The real world, and the real issues, exist in Panther. Wakanda exists as a reminder of what the world could have been like without colonization and war, and it’s a beautiful world, a world I hope we get to revisit soon. 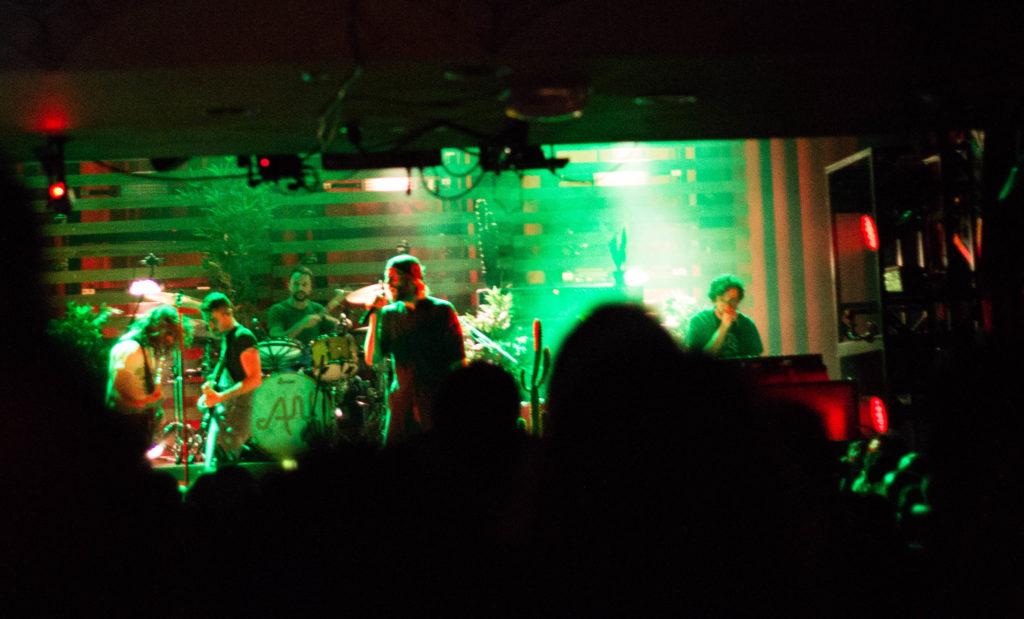 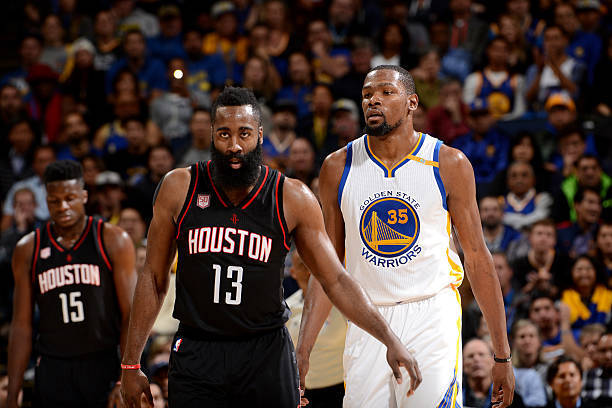