2017 was a particularly crazy year and 2018 is shaping up to be pretty similar. In an effort to find some humor in the insanity around us, and to relax amidst the stress of a new year and new semester, here are some of the highlights in comedy over the last year.

The Lucas Brothers: On Drugs

The Lucas Brothers create a highly entertaining yet low-key special with such remarkable delivery it could only occur between twins. There really is something impressive about the relationship that twins have, which you can see this connection between the Lucas Brothers (as well as another ‘twin’ comedy duo, the Sklar Brothers). Their unique compatibility here makes the special. Though the two are certainly funny as individuals, their ability to bounce jokes and conversation off of each other in a duel deadpan style only amplifies the charm and the humor. Plus any modern day comedy special that makes Richard Nixon and ‘the war on drugs’ their focal point is worth checking out.

This was a breakout year for comedian Tiffany Haddish, and her special “She Ready” is the perfect reflection of that. She humorously touches on her sometimes challenging history as a kid in the system and as a broke comedian, all the way to her recent successes and new relationships with stars like Jada Pinkett Smith and Queen Latifah. Haddish is clearly going places and deserves it. She’s full of real-life wisdom, unconditional support, and would clearly be the best person to get into trouble with. Honestly, she’s the friend you wish you had. This primer to her personality and comedy should get you on board for someone who will be the very deserving next queen of comedy.

The man who was once ‘let go’ from “Saturday Night Live” and has since populated far too many ‘Happy Madison’ productions has rightfully taken his place as an elder statesman of comedy. But when watching Norm MacDonald on stage it feels right; he’s always been a deceptively ‘old timey’ man with a glint in his eye. His ability to spin an engaging and seemingly sweet yarn into the most wonderfully dark and absurd deadpan joke is what makes this rare special even more enjoyable. Nobody does it better, much like his recent well received sort-of ‘memoir’ you can tell he’s never quite telling the truth or taking himself seriously but you are never not entertained or given a worthy payoff. Armed with a very honest (and also totally b.s.) title, enjoy one of the all time masters of comedy at work.

Sarah Silverman: A Speck of Dust

Sarah Silverman has certainly become one of the most well known comics working today, but “A Speck of Dust” is a departure from the usual expectations of Silverman. She still brings her raunchy yet charming humor to the table, but it’s grown into something more adult. For many, 2017 was a challenging year but for Silverman it was uniquely difficult; a sudden and rather mysterious illness caused her to have a serious health scare. Silverman discusses the bizarre and scary situations involving her illness while also delving into her family life and various thoughts and feelings about the world around us.

Jerrod Carmichael has gained recognition through his recent film appearances and his unique television series “The Carmichael Show”. Much like a “Carmichael Show” episode, he makes taboo real-life topics the main event in this special. While many other comedians this year also touched on politics and the challenges of real life, there’s a quiet boldness that he develops throughout this special that makes it particularly interesting. Carmichael clearly doesn’t care about coming off as likable or easy but he still maintains his charm while speaking frankly and humorously on many of today’s issues. His candid take on hot-button issues like Trump or climate change doesn’t come off as preachy but instead read in a very honest and usually very funny way. This subversive special makes Jerrod Carmichael someone to look out for and someone who is bringing a much-needed style in today’s political climate.

You may recognize him from his supporting role on “Broad City” but Chris Gethard is someone you really need to know. Not only is his show one of the most happily absurd and special things currently on television, but his recent special might be one of the best examples of the humor of reality. Many comedians have been candid about their experience with mental illness or substance abuse but Gethard delves deeper into the reality and possible opportunity that comes from those issues. “Career Suicide” is a lot like a one man show where Gethard tells stories capturing many of the difficulties he has faced but treats them with a hilarious honesty and impactful sincerity. After watching this you’ll somehow feel like you’ve gone through a really good therapy session, you laughed and cried and laughed some more and ultimately you feel better.

“Women is not a type of comedy. Women is a type of person.” Jen Kirkman has been a pretty well known comedian for a few years now but with “Just Keep Livin’?” she really hits her stride. The special focuses on various anecdotes by Kirkman told with such energy and personality you can tell this is someone who’s been doing this awhile. Her sardonic, absurd and wonderfully realistic responses to everyday events make this a very entertaining special. Besides Kirkman’s killer delivery and highly amusing stories the main thing that makes this special is how completely unapologetic she is as a female comedian. While male comedians have more than cornered the market on just about every type of male observation it’s so exciting to have such a confident and hilarious woman tackle everyday things with such deservedly confident humor. She is more than doing her part to prove that “women aren’t funny” is total bullshit.

Dave Chappelle: The Age of Spin and Deep in the Heart of Texas

Dave Chappelle very quickly reminds you how he became a comedy juggernaut by releasing two specials back to back, as well as two more on New Year’s Eve. Chappelle’s style is clearly adjusting some to the new parameters of humor and political correctness that have since become commonplace even in stand-up, but he doesn’t let it stop him from being himself. He smokes and walks around on stage casually like someone who is a true veteran. He touches on subjects knowing they are now off limits but still mostly makes them work. Plus as always he’s just plain funny. Even if you are disappointed it isn’t exactly a return to “Chappelle Show” era level or if you’re mad he maybe went a bit too far we should still be happy that one of our best modern comedians has returned and hopefully, this is just the start.

It is hard to imagine that this is the first full special for “Daily Show” correspondent Michelle Wolf, especially since this is one of the strongest specials of the year. Wolf frequently touches on political issues, especially as they relate to being a woman. This type of humor is a common practice for her on the “Daily Show” but with “Nice Lady”, we get to really see her own the stage. Wolf touches on lots of worthy topics with her brand of charming and blunt observational humor, from having children to birth control. Wolf is able to create wonderfully irreverent and accessible jokes and plus this is perhaps the special that made me laugh the most. I’m very excited to see more from Michelle Wolf and since she just might end up with her own well deserved late night show we might not have to wait long.

Mike Birbiglia has been in comedy for quite awhile, you may recognize him from movies including his own indie ‘sleeper’ hit “Sleepwalk With Me”, but he’s not exactly a household name. But with ‘Thank God For Jokes’ he stakes his claim as a truly excellent comedian and hopefully one we’ll be hearing about for years to come. It is a goofy and charming special full of good-natured humor and self-effacing jokes as well as the trend seen in many of the best stand-ups this year, sincerity and hope. Birbiglia creates masterfully interconnected humor often with a kind and optimistic flair which is the perfect version of a stand up for right now. 2017 was a stressful year and while many of the comedians on this list can help you face it with biting wit and deadpan sarcasm it’s “Thank God For Jokes” that will help you make it through 2018 with a smile and some hope.

Concert Review: New Politics at the House of Blues 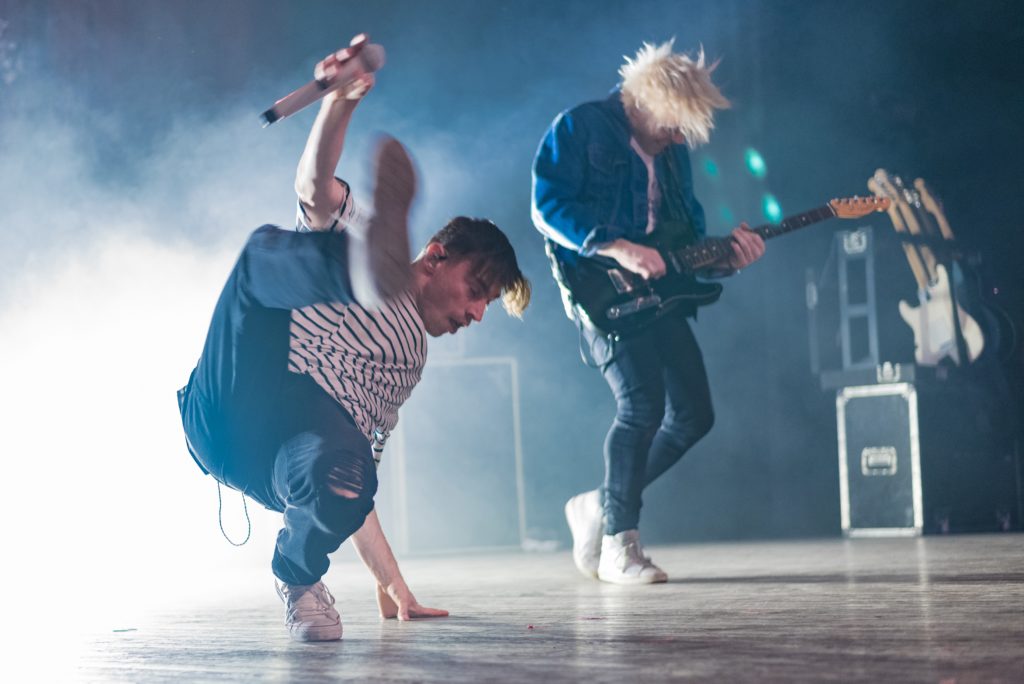 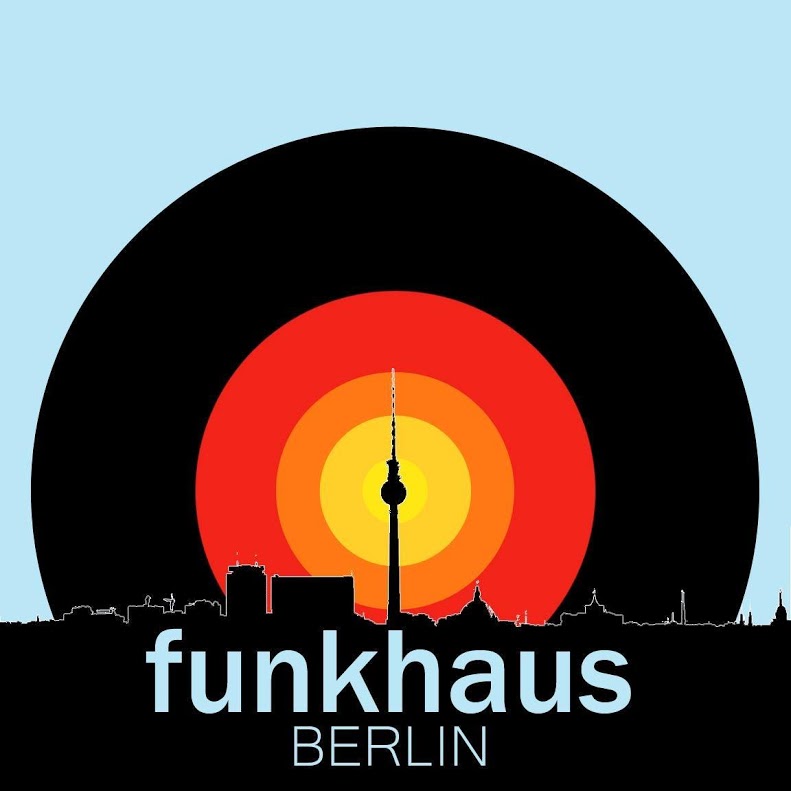