The first time I met Derek Zanetti was at a show at the Mr. Roboto Project in Pittsburgh. He performed as The Homeless Gospel Choir, a project that a couple friends of mine had told me about already, but who I had never seen first hand. At first I was surprised that he came out with just his acoustic guitar and himself, and a little bit disinterested, but I ended up absolutely loving his music, his stage banter, and the funny little remarks he makes that make you feel like you are “in” on the joke. His banter is a mixture of flustered rambling and sincere kindness and insight, and his songs are satirical and often from the perspective of others—it isn’t your average punk set. I was hooked.


I saw him again in Pittsburgh a few months later and I was able to sing along to a song or two. I remember him saying in between a couple of songs, “I heard these two girls talking, and they said, ‘Derek used to be so punk, and now he just looks like a dad on vacation’… Well, I kind of feel like a dad on vacation.” For some reason, that really stuck with me.

Derek and my partner, Rayne (of Human Petting Zoo), have shared many stages since we first saw Derek perform, and we have become friends since then. Derek is a constant inspiration to me, creating quality content in music, visual art, and other weird projects such as the ones discussed in this podcast. He has been incredibly hospitable to Rayne and I whenever we visit Pittsburgh, and I’m always excited to run into him at a punk show. 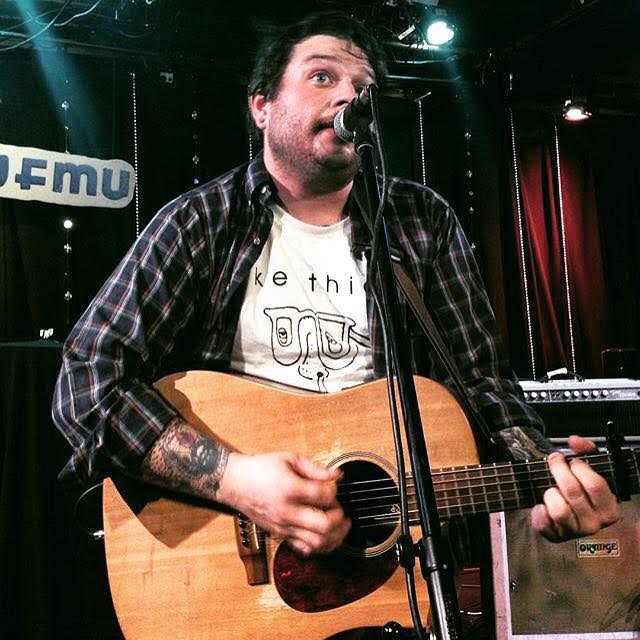 Derek, if nothing else, is an incredible conversationalist, which is why I decided to record one of our phone conversations, splicing in interview questions along the way. We talk about everything from punk music, our own growth as people, art, creativity, records, conspiracies, and so much more. It’s hard to have a conversation with Derek without having it shoot off in a million different directions, and it’s even harder not to get caught up in his creative enthusiasm and make some plans to collaborate creatively, which you will also hear us do. Most of all, it was just hard to end the conversation, the same way it can be difficult to turn off an episode of your favorite TV show and get out from under the warm blanket.