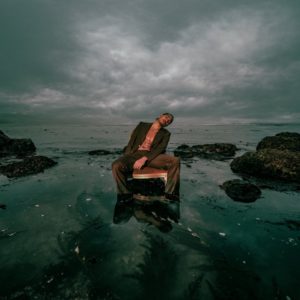 Arin Ray returns with his sophomore effort in attempt to transition to new era of mature music. Following a three-year hia

tus after dropping his Phases II EP in 2019, Ray gives fans a reason to come back to his music, but like the theme of this album, how long will it last?

Hello Poison tells the story of a toxic relationship and the most important part of these relationships, sex. The album’s tracks share similarities with acts like Miguel, Trey Songz, The Weekend, and Michael Jackson. However, where it disappoints is like those artists, there is a lack of dynamic offerings on this well produced effort. Ray’s 2018 debut Platinum Fire was an album grounded in R&B and offered a diverse set of tempos and lyrics. Hello Poison has sunken into a funk/soul style that doesn’t sing to the heavens. Many of the tracks leave you hoping for more, a bridge and a range of ad-libs. However, Ray still attempts to show how dangerous, damaging, and toxic relationships could be and its good while it lasts. 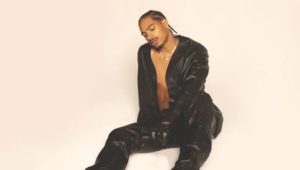 Ray has always done well with layering his vocals and providing a range unlike any male R&B artist currently making waves. However, he has yet to see the success of acts like Lucky Daye or Giveon, who reached number 3 on the rhythmic charts with Heart Break Anniversary. Ray has washed himself clean of his reality TV [X Factor] past and dawned a new hipster LA appeal. When making an album considering performances is important and the album seems concrete, determining what sounds can be played live. If the goal was to have certain tone it was executed but you don’t often see 26-year old’s headlining many jazz and soul festivals these days.

Hello Poison almost seems like the relationship we aren’t ready for. It follows the release of two of it’s singles that dropped less than a month apart from each other. “The Mood” (April 22) a standout track with rapper D Smoke and “Gold” (May 13) which is find itself at the start of the album. Its most notable features include Ty Dolla $ign, VanJess, Ari Lennox, and Blxst. 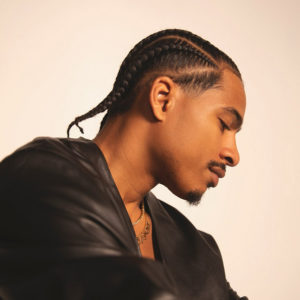 Make no mistake, Arin Ray is a favorite here at BSR and we play everything but it’s important to see artist we love chart! We would have loved to see Ray team up with acts like Tinashe, Victoria Moment, or even have returned the favor to Justine Skye for the LP. In a world of city girls and boys, Hello Poison welcomes

you to lust, chaos, and dares you to show your freaky side, but everything that glitters isn’t gold.

Here are five notable tracks from the album but you can stream Hello Poison wherever you get your music.

Gold is an ode to a summertime love, all those long summer nights of pillow talking and partying. This song discusses a woman worth being valued as gold and not only taking care of that gold but saving and cherishing it for however long that lasts, definitely a summer vibe.

Did someone order a sidepiece because although it sounds wonderful to duck off privately, there are reason’s why that’s done. While the lyrical content presents Ray as a gentleman, it’s clear he is singing to a woman that is not his but the great hook on this earthy beat let us know everything will be alright.

Ray sings “Superman I’ll put you right where you safe…Fuck you good for as long as it takes, only want the best for us, can you relate.”

Set it off is the first REAL R&B track you hear on the project. It reminiscent of Michael Jackson’s Invincible era with a very sensual and almost steamy beat accompanied by some of the sexiest lyrics on the album. “Lost at sea, it’s wet everywhere.”

“The move” is can considered, a thing to do or a place to be. That thing could be a mood and that mood can be done at that place. This brings you, “The Mood” which is sex all over the bedroom, at least it was for Ray. This track is a truly a production from start to finish and seems to be Rays most confident effort on the LP.

Ray’s lyrics,  “Baby we’ve been wildin’, all over the bedroom, guess we chose violence, over something,” have yet to leave my head considering how popular the social media phrase is.

What’s immediately noticed on this soulful track is the similarities to Brandy’s Human era, later determining she is a writer, and guest vocalist on the beautifully simple track. What an honor to have a song with Brandy! It also gives a James Joint rhyme scheme speaking on getting through those storms of a relationship asking the question “are we single again?”